Distinguished Psychologist Award for Contributions to Psychology and Psychotherapy 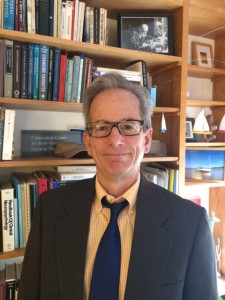 Jeffrey J. Magnavita, Ph.D., ABPP has been in independent practice for over three decades and is a scholar in several areas of psychopathology and theory. Dr. David Barlow, in an endorsement for a recent volume, described Jeffrey as “…perhaps the most prominent psychologist in the broad area of mental health practice”. Dr. Magnavita has published broadly in the treatment of personality disorders, personality theory, psychopathology, and family systems, and has done pioneering work toward the unification of psychotherapy and the study of clinical science. He sought to develop a framework for unifying the various approaches to psychotherapy by distilling the essential components and methods of treatment. He is the founder of the Unified Psychotherapy Project (UPP) and the co-founder and current Editor-in-Chief of The Journal of Unified Psychotherapy and Clinical Science, with Dr. Jack C. Anchin. One of his long-standing interests is the development of psychotherapedia™, a catalogue of techniques and methods of psychotherapy in an on-line format. Dr. Magnavita has served on the editorial boards of a number of leading journals. His latest volume with APA is entitled Clinical Decision Making in Mental Health Practice and he is currently completing Incorporating Technology in Mental Health Practice, also with APA. He has edited and written ten volumes, a number of which have been highly praised by reviewers. His approach to psychotherapy has been featured in two APA Psychotherapy videos.

Dr. Magnavita a fellow of APA and has been actively involved in advancing psychological science and psychotherapy for many years. He served a three-year term on the APA Practice Guideline Advisory Steering Committee and during his final year was appointed co-chair. He was president of the Society for the Advancement of Psychotherapy in 2010 and has served in a variety of divisional roles including the Council of Representatives. In 2014 he was nominated and ran for President of APA. He has been recognized with numerous state and national awards for his pioneering work including the APA Distinguished Contributions to Independent Practice (2006) and Distinguished Psychologist of the Year Award from the Society of Psychologists in Independent Practice (2010). Dr. Magnavita created and hosted the on-line series Psychotherapists Face-to-Face a production Division 29.

The Distinguished Psychologist Award for Contributions to Psychology and Psychotherapy Award

The criteria for receipt of this award are loosely defined and are flexible in order to embrace the breadth of contributions that psychologists/psychotherapists make that distinguish them from their peers.  However, the following aspects of each candidate are considered in this order:

Application materials should include:

Award recipients receive an honorarium of $500 and an award plaque from the Society at the Society’s Awards Ceremony at the APA Convention.

Deadline for nominations for this award is January 1, of each year, although the Awards Committee may grant extensions.

Letters of nomination outlining the nominee’s credentials and contributions (along with the nominee’s CV) should be emailed to the Chair of the Professional Awards Committee, Dr. Armand Cerbone at arcerbone@aol.com.