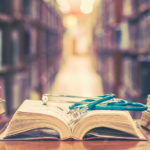 The evidence-based practice in psychology (EBPP) movement can be considered a response to the medicalization of psychology, where pharmaceuticals are at risk of becoming the primary treatment option. The “year of the brain” illuminated connections between neurobiological markers and psychological phenomena, and as Paris (2015) argues, the field of psychiatry welcomed neuropsychology as a means […]