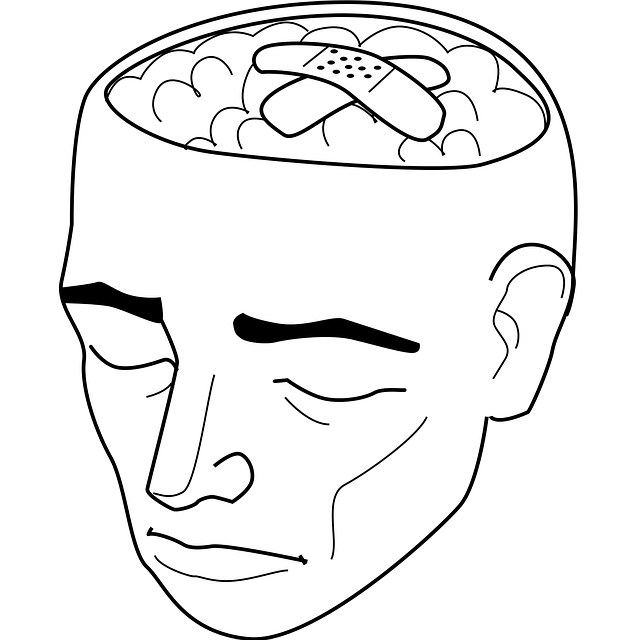 Ever since graduate school, I have always felt that attending the annual APA convention was “my gift to me.” It represents a time to reunite with colleagues that I have not seen in a while and, at the same time, actually learn quite a bit about the advances occurring within psychology. At its conclusion, I always feel exhausted and yet emotionally recharged. These interpersonal interactions reaffirm why I chose psychology decades ago. We can make a significant difference in the lives of our nation’s citizens. This year was no exception with 12,000 in attendance, including the Presidents of 26 national psychological associations. I was especially impressed with the enthusiasm and dedication expressed by psychology’s next generation of graduate students and early career psychologists.

President Tony Puente’s programmatic initiative “Past Presidents Unscripted” provided an opportunity to reflect; it was enjoyable and well received by the membership. Tony’s open invitation to the membership to visit the Smithsonian National Museum of American History was fascinating—especially seeing the Star-Spangled Banner flag which flew over Fort McHenry and inspired Francis Scott Key to write what would become our national anthem, with all of the complicated associations that brings up in today’s world. Not surprisingly, those programs addressing telehealth and the increasingly sophisticated clinical utilization of apps were standing room only.

Several panels on which Drs. Linda Campbell, Fred Millan, Jana Martin, and Deborah Baker participated took the unique approach of having all of their speakers address a common vignette, with active audience participation. The application of the Telepsychology Guidelines through vignettes brought home the complexities and yet the basic ethical standards that apply to telepsychology just as they do to in-person services. The fact that there was standing room only supports the notion that telepsychology is a cutting edge aspect of psychological practice.

On a personal level, I was particularly pleased to learn of APA’s renewed interest in addressing the master’s issue—an admittedly highly complex and controversial topic which several colleagues, members of the Board of Directors and I, during my APA Presidency in 2000, attempted to resolve, without any meaningful success. Members of the Education and Practice Directorate and the current Board of Directors coordinated a recent Summit on Master’s Training which was sponsored by the APA Minority Fellowship Program and its Director, Dr. Andrew Austin-Dailey, during which 32 members of the APA governance actively participated. Those in attendance represented practice, education and training, public and private sector psychology, the VA and other hospital settings, as well as additional identifiable stakeholders. There was representation from several other disciplines, as well as a master’s accreditation organization. The APA Council of Representatives, Council Leadership Team, Board of Directors, and other governance groups will consider and deliberate in due course on further potential action. The report on the summit can be found on the APA Website (http://www.apa.org/pi/mfp/masters-summit/default.aspx). Tony’s summary: “The Council addressed a complicated issue that has eluded successful resolution by the discipline of psychology over more than 70 years, agreeing by acclamation that ‘current issues and developments have risen to the level that APA should take a position on master’s level training and/or practice…. Council directs staff and governance to identify and explore options for APA to pursue.’ Further action is expected on this issue in February.”

In my judgment, this particular development is extraordinarily important, especially with the nation’s steady evolution towards interdisciplinary, team-based health care, in which psychological and behavioral health services will be increasingly integrated into primary care. Psychology is one of the bona fide health care professions. We must provide visionary leadership to effectively address the access and quality health care needs of our nation.

It is critically important for psychology to appreciate that no profession lives or practices in an isolated environment. A recently published nursing journal noted: “It appears that the tipping point for barriers to nurse practitioner (NP) practice is either here or imminent, given that 22 states and the District of Columbia now have full practice authority” (Buppert, 2017, p. 497). The author further urged her profession to understand that in drafting legislation, NPs need to include the authority to do things other than prescribe. They need authorization to make medical diagnoses, order tests and therapies, perform procedures needed in primary care or acute care, as well as prescribe.

The Department of Veterans Affairs (VA) is the largest employer of nurses and it is also the largest employer and trainer of psychologists. Under the leadership of Secretary David Shulkin, the VA has now adopted a national scope of practice for its nurses providing full practice authority for advanced practice registered nurses (APRNs) (with the exception of nurse anesthetists), as long as they are working within the scope of their VA employment. APRNs can provide care, regardless of historical state or local legal restrictions, without the clinical oversight of a physician. This includes taking comprehensive histories, providing physical examinations; and diagnosing, treating, and managing patients with acute and chronic illnesses and diseases. It allows VA APRNs to prescribe medications and make appropriate referrals.

Under the Secretary’s leadership, the VA announced five top priorities which included Suicide Prevention—Getting to Zero (sadly, from 20 daily). The number two priority was Improving Timeliness, highlighting the potential for telehealth. The Department reported having established 10 Tele-Mental health hubs and eight Tele-Primary Care hubs. During the APA pre-convention period, the Association of VA Psychology Leaders (AVAPL), under the stewardship of Dr. Russell Lemle, actively addressed these issues and psychology’s contributions.

Similarly, U.S. Army Surgeon General Nadja West, the highest ranking woman to graduate from the U.S. Military Academy, is actively attempting to reshape military health care delivery by creating a culture of innovation and shifting the historical mindset that treatment can only be provided in a clinic. Two of her expressed top priorities are: * Better access to behavioral health—embedded behavioral health specialists and more virtual appointments to make it easier for soldiers and their families to get needed care more quickly and discreetly. And, * Telehealth—virtual medical appointments becoming more commonplace as the Army ramps up its ability to deliver care at home with new equipment and training for care givers. Her underlying goal is building a “premier, expeditionary, globally integrated medical force.”

With the ever-changing federal health delivery environment as background, one of the most exciting convention events was the informal gathering of those passionately interested in the prescriptive authority (RxP) agenda. Beth Rom-Rymer: “On Saturday of the convention, Bob Ax and I chaired a meeting of like-minded psychologists in the Division 18 (Public Service) suite to discuss the rationale for graduate students to take a joint degree in Clinical Psychopharmacology, in conjunction with their doctoral degree in psychology, as they prepare for becoming licensed prescribing psychologists as well as licensed clinical psychologists. The key components of the rationale are that, by studying Clinical Psychopharmacology in graduate school: * Students will be better able to integrate all components of their training – the basic sciences; the traditional psychology course curriculum; and the biological, chemical, and neurological processes by which psychotropic medications can support the cognitive and emotional learning that takes place during psychotherapy. * A greater number of trainees can enroll in the Clinical Psychopharmacology training as graduate students, at the point that they begin to shape their careers, rather than as licensed, practicing, clinical psychologists who face the steep challenge of ‘returning to school’ after having already received the doctorate degree. And, * Access to care will become significantly improved, thus better serving the public, as the numbers of prescribing psychologists will multiplicatively increase with graduate students taking the opportunity to earn the joint degrees.

“Lenore Walker offered positive data from the training program at NOVA Southeastern University. For five years, NOVA trained graduate students as well as licensed, practicing psychologists and found few differences in achievement between the two groups. The largest difference, perhaps, was that the graduate students often scored more highly on the class exams. Moreover, NOVA has learned the graduate students who are now licensed clinical psychologists are effectively using their training in Clinical Psychopharmacology, whether they work in prescribing states or not. Dean Karen Grosby, of the College of Psychology at NOVA, is looking forward to the day when they will again begin to train graduate students in Clinical Psychopharmacology.

“Other psychologists discussed the parameters under which graduate students would take the additional training. It was pointed out that the strongest students would probably be the ones who would be able to manage the joint degree. In a similar way, we noted that a certain percentage of psychology graduate students already take joint degrees in other fields (nursing, business administration, biology, law, journalism) and, typically, these students carve out interesting and highly successful career paths.

“APA has just appointed a curriculum committee that will be reviewing the criteria for APA ‘designation’ for training programs in Clinical Psychopharmacology. Some of our meeting discussants have been appointed to that committee. In the future, APA may decide to approve training in Clinical Psychopharmacology at the graduate, predoctoral level. Right now, graduate students in Illinois are preparing to be the first cohort of graduate students, nationally, who will be, indeed, doing the joint degree in Clinical Psychopharmacology at New Mexico State University, in conjunction with their doctoral degrees in universities in Illinois. I have started a dialogue with out new APA CEO, Arthur Evans, about training at the graduate level. He hopes to learn more about our Illinois law when he comes to Chicago early in the new year. Change does not come easily. Stitch by stitch, we are piecing together an innovative design. With time and patience, all will come together.”

Psychology Is Critical for Effective Change

Former APA President Frank Farley (extremely active throughout the convention) has been stressing this message since his involvement in the association’s governance. Under the leadership of former APA Congressional Science Fellow Natacha Blain, the National Academy of Medicine will be exploring what role technology can play in improving educational outcomes. In 1984, there was one computer per 125 students in the U.S.; in 1998 there was one per seven students; and in 2008 it was one per three. This does not include home computer use or smart phones. The potential of information technology as a learning aid is significant. Computer literacy and fluency are essential life skills in today’s highly technology-reliant society. However, U.S. high school students consistently rank below average in math and close to average for science and reading in international comparisons. How can we collectively contribute to this important agenda?