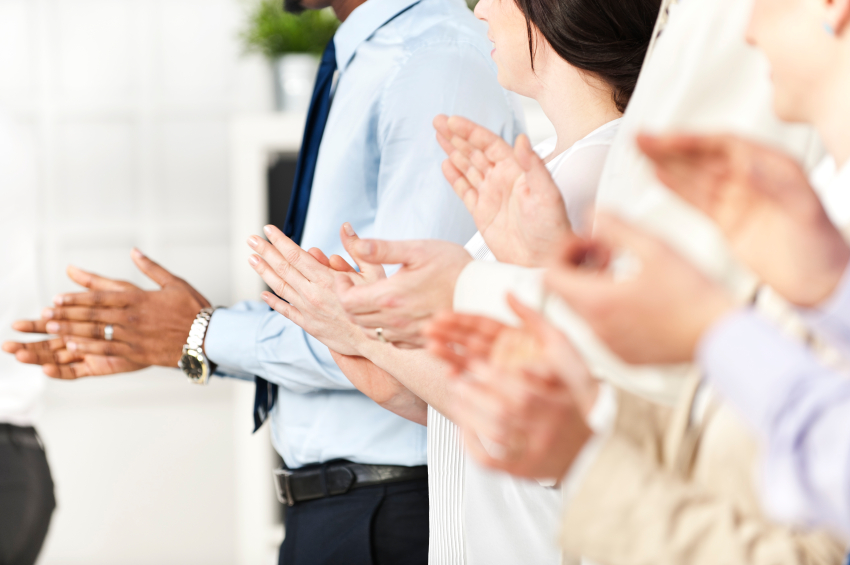 Please join us as we honor the 2019 Society for the Advancement of Psychotherapy Award Winners!  Our 2019 Awards Ceremony is scheduled for Friday, August 9th , 4:00 pm. Marriott Marquis Chicago Hotel Grand Horizon Ballroom G, during the APA Convention in Chicago, Illinois

Dr. Armand Cerbone has a long history of leadership in APA governance. In addition to more than ten years on the Council of Representatives, he is a former member of the Board of Directors of the American Psychological Association (APA), a past Chair of the APA Board for the Advancement of Psychology in the Public Interest, the APA Ethics Committee, the Policy and Planning Board, a past president of Division 29 (Psychotherapy) and Division 44 (SOGI), as well as the Illinois Psychological Association. He holds a diplomate in Clinical Psychology and is a Fellow of seven divisions of the APA. He is co-author of the APA Guidelines on psychotherapy with LGB Clients and chaired the working group that developed the APA’s Resolution on sexual orientation and marriage and Resolution on sexual orientation, parents and children. He has received many awards for his work. Among them are the APA’s Committee on LGBT Concern’s Outstanding Achievement Award and The Society for the Psychological Study of LGB Issues’ (Div 44 in APA) awards for Distinguished Professional Contribution, and Distinguished Contributions to Education. In 2003 he was inaugurated into the City of Chicago Lesbian and Gay Hall of Fame. In 2016 he received the Ray Fowler Award, APA highest award for Outstanding Member Contributions.

Dr. Nan Presser is a Clinical Professor at the University of Missouri where she teaches clinical graduate students on Advanced Ethical and Legal Issues and provides supervision and training for clinical psychology doctoral students. She was the Director of the University of Missouri’s Psychological Services Clinic for 10 years and currently serves as the Clinic’s Director of Administration and Training. She has also maintained an active psychotherapy practice throughout her career.

Dr. Presser has been recognized with the University of Missouri’s “Gold Chalk” Award for Excellence in Teaching and Mentoring doctoral trainees. She also received the 2018 APA Ethics Educator Award for Outstanding Contributions to Ethics Education and Psychology. Dr. Presser served on the APA Ethics Committee from 2015-2018. Her students have won over a dozen APA awards for outstanding papers on ethical issues.

Robert W. Resnick, Ph.D., Clinical Psychologist, has been a Gestalt and Couples Therapist for over 50 years and an international trainer for almost 50 years. Trained (1965-1970) and personally certified (1969) by Drs. Fritz Perls and James Simkin, he is the youngest of the “old timers”. Proudly, Dr. Resnick was chosen by Fritz Perls to be the first Gestalt Therapist to introduce Gestalt Therapy to Europe in the summer of 1969 where he presented both a lecture and a training workshop. He has been presenting Gestalt and Couples training workshops in Europe several times each year since that time. His interview “Gestalt Therapy: Principles Prisms and Perspectives” defining his views of Gestalt Therapy at that time, appears in the summer 1995 issue of the British Gestalt Journal. “The Recursive Loop of Shame” appears in the Gestalt Review 1997. “Chicken Soup Is Poison” (Perls Festschrift) circa 1967. He is currently offering a series of contemporary Gestalt Therapy demonstration and training films soon to be followed with Couples Therapy films with Rita Resnick. His first clinical practicum (while moonlighting as a Columbia University graduate student) was driving a New York taxicab. Bob’s style is warm and engaging and he speaks with clarity and humor.  The Resnicks are frequently happily married.

Dr. John Pachankis is an Associate Professor of Public Health with tenure at Yale and the Director of the Esteem Research Group in New York City. His research seeks to bring evidence-based mental health interventions to LGBTQ people in the US and around the world. With NIH funding, including three current R01s, he examines the efficacy of LGBTQ-affirmative interventions delivered via novel technologies (e.g., smartphones), in diverse settings (e.g., Eastern Europe, Appalachia), and with diverse segments of the LGBTQ community (e.g., rural youth, queer women). He has published over 100 scientific papers on LGBTQ mental health and stigma. This work appears in journals such as Psychological Bulletin, American Psychologist, Developmental Psychology, Journal of Consulting and Clinical Psychology, AIDS, and Health Psychology. He has also recently co-edited the Handbook of Evidence-Based Mental Health Practice with Sexual and Gender Minorities published by Oxford University Press.  His research has had national and international scholarly, legal, and popular impact, having been referenced in national professional guidelines for LGBTQ mental health practice, cited in numerous amici curiae briefs before U.S. state and federal courts, including the U.S. Supreme Court, and featured in national and international media outlets. He received his Ph.D. in clinical psychology in 2008 from the State University of New York at Stony Brook and completed his clinical psychology internship at Harvard Medical School / McLean Hospital.

Brad Brenner, Ph.D. has built a multi-city private practice with offices in Washington, DC and New York City to provide psychotherapy that emphasizes the ideals of Counseling Psychology. This emphasis includes reinforcing the mutuality of science and practice, an overarching orientation towards growth and strength, LGBTQA+ and multicultural competence, and ensuring that the next generation of practicing psychologists is well equipped with the skills and technology needed to broaden therapy’s reach. Recognizing that high-quality and accessible psychotherapy is best supported through intensive, thoughtful training Dr. Brenner established two training programs. One is a postdoctoral fellowship and the second is the Capital Therapy Project, a community-based psychotherapy training institute providing lower fee individual therapy and career counseling staffed by pre- doctoral externs.

Dr. Zilcha-Mano is the recipient of several awards and grants, including the International Society for Psychotherapy Research Outstanding Early Career Achievement Award, and the Dusty and Ettie Miller Fellowship for Outstanding Young Scholars. Among grants she received to support her work are the Fulbright Fellowship, the Israel Science Foundation research grant and equipment grant, the U.S.-Israel Binational Science Foundation (BSF) grant, JOY-Innovating Neuro Wellness grant, the Norine Johnson Psychotherapy Research Grant, and the Gelso Research Grant.

Dr. Sigal Zilcha-Mano explores processes of change in psychotherapy, especially in individuals suffering from depression. She is especially interested in personalized treatment approaches aimed at tailoring the treatment to the needs and characteristics of each patient, according to the mechanisms of change most effective for each individual. Her work focuses on distinguishing stable individual differences between patients (the trait-like components) from the factors that have the potential to act as active curative ingredients in treatment (the state-like components).

Sigal is honored and grateful to receive this award from Division 29 that consists of so many people she loves and admires.

Jeffrey J. Magnavita, Ph.D., ABPP is a leading psychologist, psychotherapist, and theorist. Dr. Magnavita, while engaged in full-time private practice for over 30 years, has been a scholar, influential leader, and tireless contributor to advancing psychotherapy and clinical science. His scholarly activity and contributions have spanned such diverse areas as psychotherapeutics, personality theory, unified psychotherapy, technology-based approaches, and clinical decision making. In each of these areas he has made significant contributions and has been an innovator through the publication of highly regarded books, numerous high impact journal articles, APA psychotherapy videos, and his many influential presentations. He has significantly impacted the direction of our field, influenced a generation of researchers and practitioners, and that he has been a visionary for our profession.

He previously served as President of the Society for the Advancement of Psychotherapy in 2010 and was a member of the APA Clinical Treatment Guidelines Advisory Committee. He is the Chair of the Practice Advocacy Committee for the Society for the Exploration of Psychotherapy. He is founder and CEO of Strategic Psychotherapeutics ®, LLC whose mission is to provide the resources to make psychotherapists better and improve their outcomes. His latest edited volume with APA, Using Technology in Mental Health Practice was published in 2018 and presents an overview of various technological advances and their application to clinical practice. Jeffrey serves on a number of editorial boards and presents his work internationally on a variety of topics including treatment of personality disorders, unified psychotherapy, and technology. He is in private practice in Glastonbury, CT.

2019 Most Valuable Paper Award to “The Alliance in Adult Psychotherapy: A Meta-Analytic Synthesis” by Christoph Flückiger, A. C. Del Re, Bruce E. Wampold, Adam O. Horvath.