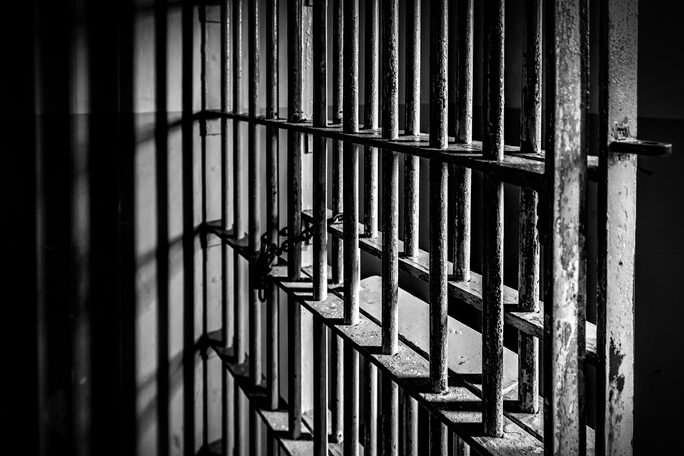 Ethical Considerations When Responding to Self-harm Within a Correctional Context

Clinical Impact Statement: Self-harm behaviors are abundant within correctional settings, and the way it is currently handled by the system is problematic for both those working within the system and the people who are incarcerated in the system. Examining these issues can bring to light possibilities for positive change.

What leads a person to engage in self-harm behaviors has long perplexed psychologists. People identify various reasons for engaging in self-harm, which include transforming their emotional pain into physical pain, channeling anger, escaping from recurring traumatic thoughts/ feelings, and regulation of affect (Whisenhunt et al., 2016; White et al., 2003). Self-harm is commonly confused with suicidal intent. The American Psychiatric Association makes an important distinction between the two by establishing a new term: non-suicidal self-injury (NSSI). NSSI is recognized in the fifth edition of the Diagnostic and Statistical Manual of Mental Disorders (DSM-5) and defined as “deliberate self-inflicted harm that isn't intended to be suicidal” (APA, 2015). Despite the distinction between self-injury and suicide, it is important to note that NSSI and suicide attempts often co-occur, with NSSI being a precursor to suicidality (Pompili et al., 2015). NSSI and suicidality occur at an alarming rate in correctional settings, creating not only an ethical issue for clinicians but also a human rights issue. It is imperative that self-harm amongst incarcerated populations be examined to initiate systemic change.

Self-Harm and Suicide in Correctional Settings

Utilizing data from the Bureau of Justice Statistics, the Prison Policy Initiative found that suicide was the leading cause of death in jails for over ten years, with over a third of all jail deaths in 2013 being attributed to suicide. Additionally, they found 40% of people who die by suicide in jail do so within seven days of admission (Prison Policy Initiative, 2015). Therefore, it is important for clinicians to recognize those most at-risk for NSSI/suicidality within correctional settings. Ramluggun (2011) identifies those most at-risk as “young, unmarried white people who are awaiting sentence or in their first seven days in prison, or they are people with long sentences and histories of violent offending, sexual abuse, psychiatric or personality disorders, or substance misuse” (p. 2).

Currently, NSSI and suicide attempts are handled controversially within correctional settings. Mental health professionals working in corrections are ethically challenged as the field increasingly “deemphasizes treatment and emphasizes security and custodial concerns” (Weinberger & Sreenivasan, 1994, p. 161). This dichotomy creates an environment with rigid explanations—correctional staff typically label behaviors as manipulative, whereas mental health professionals consider them a product of stress, incarceration trauma, and/or mental illness. Improper assessment of the intentions of NSSI and suicide attempts can be mitigated by proper education of all correctional staff (Weinberger & Sreenivasan, 1994). Previous studies have demonstrated that these behaviors are frequently perceived negatively by correctional staff, especially when the behaviors are infrequent, deemed non-severe, and performed by an incarcerated person labeled “disruptive” (Marzano et al., 2011). The question that arises out of this environment is, should these behaviors be considered a punishable or treatable act?

In correctional contexts, NSSI behaviors are too often considered punishable acts. A study by Marzano et al. (2011) found that 85% of people incarcerated found officers’ responses to self-harm unhelpful, and 67% found healthcare staffs’ responses to self-harm unhelpful. These negative responses contribute to further and more severe self-harm and inhibit support seeking, as well as reinforce low self-esteem and poor self-worth (Marzano et al., 2011). Staff attitudes create an environment where NSSI are handled as punishable acts (e.g., observation cells), and the institutional protocols that follow such behaviors reinforce this. Psychiatric correctional staff faces a “restricted range of therapeutic options on account of the prison regime,” where ethical dilemmas ensue (Bell, 1999, p. 724). The most common and readily available clinical intervention is the use of observation cells, which are isolated cells where people who are incarcerated are stripped of regular clothes, bedding, personal belongings, etc., for suicide prevention. The use of observation cells is problematic for many reasons, one being that this form of “prevention” is considered a punishment by those subjected to it. The risk of being placed in an observation cell discourages incarcerated people from disclosing NSSI and/or suicidal ideation (Bell, 1998). Little empirical research exists assessing the efficacy of isolation as a means of suicide prevention. However, there is substantial research on the effects of isolation on the general prison population. Those who have been subjected to isolation reported more adverse physical and mental outcomes, including measurable changes in brain functioning, depression, memory difficulties, anxiety, hallucinations, appetite and sleep disturbances, hygiene issues, disorganization, and social withdrawal (Gendreau et al., 1972; Haney, 2003; Lovell, 2008; Stuker et al., 1991). In isolation units, “the stress, lack of meaningful social contact, and unstructured days can exacerbate symptoms of illness or provoke reoccurrence,” with more suicide attempts occurring within isolation units (Metzner & Fellner, 2013, p. 316-317). If these conditions exacerbate suicidality in the general population, how are they supposed to benefit those who are actively suicidal?

When clinicians in correctional settings are addressing NSSI, the American Psychological Association’s (APA) ethical guidelines, specifically principle 3.04 Avoiding Harm, are important to evaluate. It is difficult to wage harm reduction within corrections which, at its core, is intended to inflict harm and be punitive. Guideline 3.04 binds psychologists to a code of conduct in which they avoid and minimize harm, as well as “do not participate in, facilitate, assist, or otherwise engage in torture, defined as any act by which severe pain or suffering, whether physical or mental, is intentionally inflicted on a person” (APA, 2017). An American Civil Liberties Union (ACLU) briefing stated that “the shattering impacts of solitary confinement are so well-documented that nearly every federal court...has ruled that placing people with severe mental illness in such conditions is cruel and unusual punishment in violation of the U.S. Constitution” (ACLU, 2014, p. 7). Isolation is associated with suicidality and worsening mental health (Calati et al., 2019; Metzner & Fellner, 2013). Observation cells teeter on a thin line between preventing suicide at all costs and violating inmates’ basic human rights, dignity, and privacy (Bell, 1998).

Psychologists continued use of observation cells as a means of prevention may violate APA  ethical guidelines. Psychologists are advised to stress the urgency of reform upon their professional organizations, emphasizing that “it is not ethically defensible for health care professionals to acquiesce silently to conditions of confinement,” as these conditions impose direct harm to clients (Metzner & Fellner, 2013, p. 319). Professional organizations should, in turn, use their position of authority to mobilize an interdisciplinary, nationwide reimagining of isolation. It has never been viable for clinicians to remain complicit in the wake of client harm.

Aside from striving to provide ethically competent clinical work, psychologists should advocate for systemic change. One recommended alternative to isolation is the implementation of first-night services (Ramluggun, 2011). Prison Advice and Care Trust (PACT), a national charity in the United Kingdom that provides numerous services within prisons, created a first night service. The goal of PACT’s first night service is to “reduce the high levels of anxiety and distress that are known to trigger self-harm and suicide, experienced by some prisoners in the early days of custody” (PACT, n.d., para. 1).  Upon a person’s arrival to prison, they would be met with a first night worker, who would conduct risk and other mental health assessments, as well as address any other needs and concerns, such as those relating to children, family members. First night workers are at the frontline of educating people who have recently been sent to prison on their rights and providing available resources. PACT also works with the general prison population to select and train certain individuals to become PACT Peers. PACT Peers act as a continuation of the support the first night service provides. A study conducted by the Prison Reform Trust compared four male and female prisons to determine the effects of first-night services. Two of the observed prisons implemented first-night services, and the other two prisons had not. Findings of the study showed that “emotional distress amongst prisoners was significantly reduced” in the two prisons that utilized PACT’s first-night services (PACT, n.d., Figure 2). It is recommended that prisons put into practice a first night service to protect an at-risk group.

Lastly, it is important to advocate for the reimagining of isolation as a means of NSSI and suicide prevention. The negative effects of isolation on physical and mental health are well-documented and clearly explored in literature. What has not been thoroughly considered are alternatives to isolation. Rawlings and Haigh (2018) explored alternatives to this problematic prevention protocol. In the late 18th century, England created the therapeutic community (TC). Currently, “democratic TCs” are used in some English prisons to assist those with complex psychological needs, with the goal of creating an environment where individuals are empowered to become active members for the betterment of themselves and the community. In general, TCs share five core qualities: belonging, safety, openness, participation, and empowerment (Rawlings & Haigh, 2018). Taking this idea one step further are psychologically informed planned environments (PIPEs). PIPEs are residential prison services that seek to reduce reoffending and “improve psychological health and well-being” (Rawlings & Haigh, 2018, p. 344). These environments are often run through a designated wing by specially trained, correctional, medical, and mental health staff. PIPEs aim to smooth a person’s transition into prison life. Rawlings and Haigh (2018) noted, “PIPEs work with the most difficult and disruptive prisoners from mainstream incarceration and at the same time offer them the kind of support which can help them through a pathway of intervention, something which mainstream custodial environments are not always psychologically equipped to provide” (pp. 344-345). Why then, when humane alternatives exist, does the American prison system continue to rely on ill-equipped, punitive, and inhumane modes of NSSI prevention? It is psychologists’ responsibility to advocate for more ethically and clinically sound treatment methods and prevention protocols.

When You Wish Upon a Star 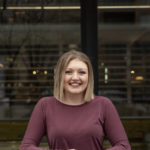