Dr. Armand Cerbone has a long history of leadership in APA governance. In addition to more than ten years on the Council of Representatives, he is a former member of the Board of Directors of the American Psychological Association (APA), a past Chair of the APA Board for the Advancement of Psychology in the Public Interest, the APA Ethics Committee, the Policy and Planning Board, a past president of Division 29 (Psychotherapy) and Division 44 (SOGI), as well as the Illinois Psychological Association. He holds a diplomate in Clinical Psychology and is a Fellow of seven divisions of the APA. He is co-author of the APA Guidelines on psychotherapy with LGB Clients and chaired the working group that developed the APA’s Resolution on sexual orientation and marriage and Resolution on sexual orientation, parents and children. He has received many awards for his work. Among them are the APA’s Committee on LGBT Concern’s Outstanding Achievement Award and The Society for the Psychological Study of LGB Issues’ (Div 44 in APA) awards for Distinguished Professional Contribution, and Distinguished Contributions to Education. In 2003 he was inaugurated into the City of Chicago Lesbian and Gay Hall of Fame. In 2016 he received the Ray Fowler Award, APA highest award for Outstanding Member Contributions. 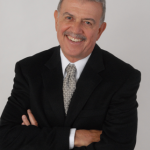 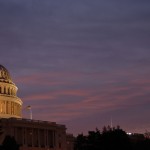 The Arc of the Moral Universe