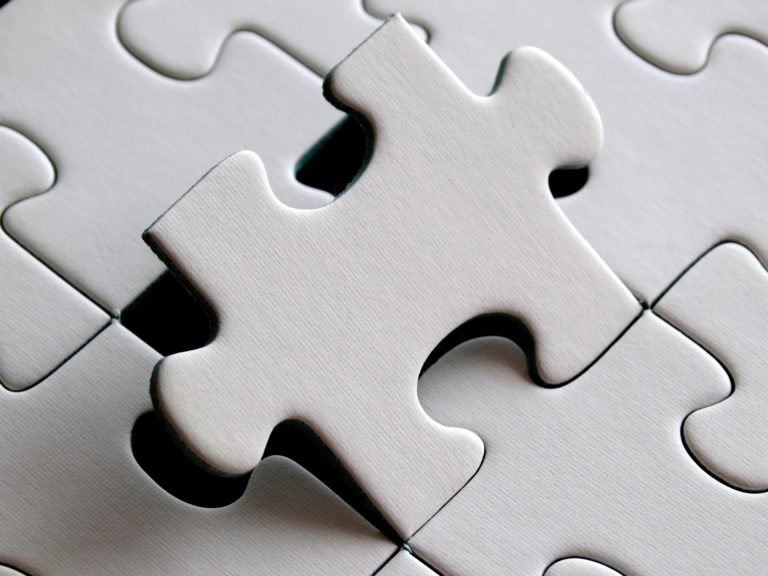 Where Do We Fit?

Considerable literature exists on the value of supporting first-generation college students (FGCS) since Billson and Terry (1982) coined the term, “first-generation college student” to describe students whose parents did not attend college. However, there is limited research on first-generation graduate students (FGGS), especially those in health service psychology programs. Motivated in part by the American Psychological Association’s (APA) commitment to increasing recruitment and retention of diverse doctoral students to serve increasingly diverse patient populations (APA, 2002), and by data indicating FGCS are likely to come from diverse backgrounds (Davis, 2010; National Science Foundation, 2015), it is essential to identify best practices for programs to nurture the success of psychology doctoral students.

First-generation college students are as likely as their non-first-generation peers to aspire to graduate education, yet are less likely to earn graduate degrees (Engle & Tinto, 2008). Applying the Cultural Mismatch Theory (Stephens, Fryberg, Markus, Johnson, & Covarrubias, 2012), this study examines the challenges FGGS face in their pursuit of graduate education by answering the following questions: 1) How do FGGS navigate college into a professional psychology doctoral program; 2) what are their experiences within the doctoral training program; and 3) what recommendations do these students have for programs to better support first-generation students. Recommendations to improve support and retention are discussed.

Researchers estimate that 43%-50% of college students can claim first-generation status (Choy, 2001; Nunez & Cuccaro-Alamin, 1998). At the undergraduate level, first-generation students are considered an at-risk population compared to their non-first-generation peers; they report feeling less prepared for college (Reid & Moore, 2008), perceive more barriers to attending college (Gibbons & Borders, 2010), and are at higher risk for attrition (Billson & Terry, 1982; Woosley & Shepler, 2011). FGCS are more likely to identify as a racial minority, come from a lower socioeconomic class, speak a language other than English at home, have concerns about financial aid, and take on full-time work to finance their education (Bui, 2002; Terenzini, Springer, Yaeger, Pascarella, & Nora, 1996; Warburton, Bugarin, & Nunez, 2001).

Existing FGGS research identifies financial barriers (Michalski, Kohout, Wicherski, & Hart, 2011) and limited social capital (Gardner & Holley, 2011) as two culprits that limit access to doctoral training. The APA has shown a commitment to multiculturalism and advocates for diversifying graduate student populations, particularly given the primary entry point to becoming a psychologist is earning a graduate degree (APA, 2002). Since 1987, the Doctor of Psychology degree (PsyD) has steadily outpaced traditional Doctor of Philosophy (PhD) degrees as a viable path to becoming a psychologist.

From 2007 to 2008, 53% of clinical doctorates were awarded in PsyD programs (Kohout & Wicherski, 2010). Acceptance rates in PsyD programs are higher than PhD programs (31% and 8%, respectively), but so is the median student debt at graduation ($120,000 and $68,000, respectively) (Michalski, Kohout, Wicherski, & Hart, 2011; Kohout & Wicherski, 2009). Identifying other opportunities to support first-generation students becomes paramount to successfully diversifying training programs and the field of health service psychology.

Performance, and consequently, success, in academic settings is mediated by individual factors and interaction with the environment. For many, college is a cultural experience; for some, it is a cross-cultural experience (Stephens et al., 2012).

The Cultural Mismatch Theory states that “individual performance is contingent on whether people experience a match or a mismatch between their own cultural norms and the norms that are institutionalized in a given setting” (Stephen et al., 2012, p. 1180). The theory claims: 1) American university culture reflects pervasive middle-class norms of independence; 2) the effect of the university culture’s focus on independence depends on the students’ cultural frameworks; and 3) a cultural match or mismatch affects students’ performance by influencing students’ perception of the setting and tasks required of them (Stephens et al., 2012, p. 1193).

First-generation students were found to adhere more closely to the interdependent model of self (e.g., be connected to others, respond to the preferences of others) than independent model of self (e.g., follow your passion, chart your own course) found in universities. Interdependent students wanted greater guidance from professors and became frustrated when excessive value was placed on them pursuing their own paths. The more closely a student’s model of self is similar or adaptable to the institution’s existing framework, the more likely the student is to succeed, and the converse is true for mismatches.

Based on these findings, the researchers proposed changes to improve institutional culture to “recognize, appreciate, and accommodate more than one cultural model of how to be a student” (Stephens et al., 2012, p. 1194). Importantly, they believe that expanding the institutional culture to capture interdependent notions would benefit first-generation students without hindering non-first-generation students’ performance.

After IRB approval, six PsyD participants (five women and one man), ranging in age from 26 to 39 years old, were interviewed to explore their decision to attend college, graduate school, and the current institution. Students were asked how their college and graduate experiences differed, the impact and challenges of their first-generation status, support systems, whether they felt their experience would have differed if they were not first-generation students, and recommendations for the institution.

Different Worlds—referring to the emotional toll and isolation students felt from their families of origin (“It’s almost like living in two different worlds, and one where they are completely unfamiliar with this side of things. I wish I could tell them and they would just know why it’s so hard.”). Students described feeling disconnected from their families of origin as they pursued specialized, doctoral education. The isolation was exacerbated in a field where clinical work can be emotionally taxing and social support becomes paramount to one’s self-care (“Going into a psychology program, it’s such a personal, educational experience …. we’re talking about really intense, heavy things that we’re dealing with on a daily basis and when you come home from a long day at work, they don’t really understand.”).

Figuring it Out—referring to students overcoming challenges and missteps to find resilience. College, while still unfamiliar to first-generation students and their families, was a more common experience amongst one’s peers. Because graduate school was not a normative step after college (“If I wanted to do it, I would have to figure it out on my own.”), students desired more guidance and support as they pursued graduate school. Some learned the hard way after accruing debt from programs that did not move them toward their desired career paths.

Finding Support—referring to places and people from whom students found support and strength. Graduate school brought mixed experiences with faculty and peers (“My perception of graduate school—it gives me the impression that everyone is so busy and [you] try not to get into other people’s way”). Faculty seemed harder to access and peers seemed to have greater access to valuable resources, further intensifying the challenges already present in a rigorous, demanding environment. These themes shed light on the unique challenges of first-generation students, particularly the impact of mismatches between students’ implicit cultural framework and that of the academic institution.

First-generation students felt confident to pursue doctoral training following positive and successful academic performance in their undergraduate program. Students spoke of challenges from high school to college, while persistence, determination, and willingness to ask for help were critical variables that helped students “figure it out.” These students benefited from a strong match between themselves and the college institution.

Students spoke of the distinct emotional distance felt between themselves and their families of origin after enrollment. Attempts to share new experiences with family were met with misunderstanding, invalidation, or outright discouragement, which caused varying degrees of psychological distress. As students gain economic and social capital through their doctoral training, a cultural distance appears to grow between them and their families of origin.

This isolation is exacerbated within a graduate program where social, economic, and cultural distance already exists between themselves, their peers, and the institution. FGGS who feel trapped in an ambiguous space—no longer like their families of origin, and not quite like their graduate peers—may be at greater risk of attrition and hardship unless there is a strong match with their graduate program, or they are able to quickly adapt to the norms of the program. The Cultural Mismatch Theory suggests they succeeded because of the goodness of fit between themselves and their undergraduate institution; a similar issue of match with the graduate institution mediates their success or struggles.

Remarkably, students believed it was not the program’s responsibility to provide support (namely, emotional support) beyond practical aid (i.e., financial aid, academic breaks). Graduate school was perceived as “the last stage before you step out into society,” and represented a test of sorts, as if to see whether the student were truly able to “figure it out,” alone. A shared sentiment was that any support for first-generation students should be provided before graduate school, as currently-enrolled students “should know how by now.”

The Cultural Mismatch Theory would suggest the pressure to adapt to an independence model may be due to the explicit and implicit messages of the institution. Even more than undergraduate institutions, peers and faculty members in doctoral programs are likely to come from middle- and upper-class backgrounds that highly value cultural models of independence. Thus, when the norms of doctoral institutions reflect the people within it, the potential for a severe mismatch between first-generation students’ models of self is more likely, and perhaps creates a starker contrast and greater impact than that which is observed at the undergraduate level.

The results suggest that messages of independence and pressure for self-reliance created a sense of isolation from family, from peers, from faculty, as well as psychological distress for the individual. Notably, the impact of cultural mismatch at the graduate level extends beyond academic performance, into the student’s psychological well-being and experience of self and others. Students spoke of the emotional toll felt with family members as they enter a different social identity, the sensitive content encountered in clinical psychology (i.e., secondary trauma), and the importance of (and difficulty in achieving) connectedness with social support.

The critical question that follows is: Is it the student’s responsibility or the institution’s responsibility to adapt their cultural norms to “recognize, appreciate, and accommodate more than one cultural model of how to be a student” (Stephens et al., 2012, p. 1194)? In agreement with the authors of the Cultural Mismatch Theory, recommendations are provided to encourage institutions to consider small changes that can expand their reach to first-generation students and thereby increase their support for the academic pursuits of all students.

Graduate programs committed to investing in first-generation students can implement changes to the existing, normative culture to be more responsive and inclusive of first-generation students’ needs. While these students have significant strengths, resilience, and academic ability, they have little guidance from external sources to support or understand their graduate endeavors, which requires more specialized knowledge. The graduate program itself becomes the most critical and primary source of practical support (i.e., financial aid, permission for self-care/time-off), emotional support (i.e., mentoring, normalizing the graduate school experience, encouraging peer relationships), and academic and professional guidance (i.e., advising, career development, understanding and choosing a specialty focus).

Programs may benefit from taking into account the following considerations:

These efforts to diminish the negative impact of cultural mismatch for current first-generation doctoral students will not only be helpful for the individuals, but could also improve diversity within training programs and in the practice of health service psychology.

King, A. C. (2017). Where do we fit? Challenges faced by first-generation graduate students in professional psychology. Psychotherapy Bulletin, 52(2), 23-7.

“Two Versions of Me”