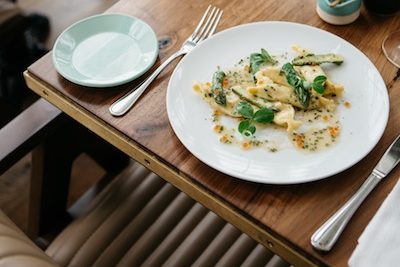 You can access a free copy of their journal article here.

Theory, research, and clinical experience have led us to believe that attachment patterns and processes are highly relevant to the treatment of eating disorders – a point that has also been argued persuasively by colleagues in the field (Tasca & Balfour, 2014; Tasca, Ritchie, & Balfour, 2011). Thus, in the design of the Copenhagen Bulimia Trial comparing five months of cognitive behavior therapy (CBT) to two years of psychoanalytic psychotherapy (PPT), we included repeated assessments of client attachment using the Adult Attachment Interview (AAI).

We expected that attachment security would be a protective factor against developing an eating disorder in the first place and to be a resource contributing to better treatment prognoses for those who have nevertheless developed an eating disorder. And in agreement with the dictum ‘different strokes for different folks’ we expected that clients with more dismissing, deactivating attachment insecurity styles have different needs in treatment than clients with more preoccupied, hyperactivating attachment insecurity due to the considerable differences between their habitual emotion regulation strategies.

Consistent with general findings, our clients with bulimia made up a very heterogeneous group, with all attachment profiles being represented, although insecure attachment was definitely more common than in groups without psychological problems (Lunn, Poulsen, & Daniel, 2012). As for specific associations between attachment and bulimia, we found an association between client attachment and symptom levels.At the time of referral to treatment, the clients who binged more frequently tended to be those with more attachment insecurity of a more hyperactivating kind. We cannot conclude anything about causality or etiology on this basis, but the association is noteworthy considering that very different types of phenomena are being compared: reports about overeating versus difficulties in collaborating with an interviewer when talking about childhood attachment relationships on the AAI. It is very likely that the underlying process behind both phenomena may be related to emotion regulation.

The specific emotion regulation difficulties involved in attachment insecurity of a more hyperactivating kind could be a factor that exacerbates core bulimic symptoms.

Contrary to our expectations, we did not find that client pretreatment attachment predicted treatment outcome or differentially moderated the effect of the two treatment methods. What we did find, however, was a difference between the two treatment forms in terms of the association between change in attachment and symptomatic change. In CBT, symptom reduction was not associated with attachment-related change, but in PPT a reduction of bulimic symptoms was associated with an increase in attachment security. We believe that this supports the idea that successful PPT operates through an improvement of attachment-related emotion regulation and mentalization.

The Copenhagen Bulimia Trial generally indicated that CBT was more efficient than PPT in reducing core bulimic symptoms (Poulsen et al., 2014) - a reduction of bulimic symptoms was seen in psychoanalytic psychotherapy too, but these changes occurred more slowly. However, in spite of its relative efficiency, CBT does not help all clients, and it is certainly relevant to search for additional complementary treatment strategies and methods. As such, the kind of process which PPT succeeds in creating with some of its clients, where a change towards attachment security seems to be part of the process of reducing eating disorder symptoms, could be highly relevant to the augmentation of CBT for the clients, who currently do not benefit enough from this approach. We would suggest that an important next step is to become more precise regarding the kinds of treatment process leading to increases in attachment security.

So What About the Lack of Predictive or Moderating Effects?

Does this mean that the attachment pattern with which a client enters eating disorder treatment is not relevant to the treatment process and has no implications for choice of clinical strategies?

We certainly think that it does, and other findings from our study suggest that treatment processes are indeed affected by client attachment (Daniel, Lunn, Gondan, & Poulsen, in press; Daniel, Lunn, & Poulsen, 2015; Folke, Daniel, Poulsen, & Lunn, 2015). However, our (lack of) findings and similar mixed results regarding client attachment as a treatment moderator in other disorders (Bernecker et al., 2016; McBride, Atkinson, Quilty, & Bagby, 2006) suggest that searching for attachment-treatment matches at the level of therapy orientations may not be the most fruitful endeavor.

In the Copenhagen Bulimia Trial we interviewed clients about their experiences of therapy, including what they found particularly helpful. Many of the interviews speak to the relevance of attachment themes to the therapeutic process with these clients.

For instance, an insecure dismissing client who was remitted from bulimia at the end of PPT described a process of gradually learning to open up and learning to depend on the therapist to the degree that she would be able to call upon his voice as a source of security and reassurance between sessions. An insecure preoccupied client with a good outcome talked about the importance of her therapist helping her to reflect on her habitual impulsive response to situations in a way that gradually enabled her to become less dependent on her therapist.

These kinds of change mechanisms may be specific to profiles of attachment insecurity (Mallinckrodt, 2010), but could conceivably be achieved in the context of many different kinds of psychotherapy. We would suggest that further research into the treatment implications of client attachment should focus on match and mismatch at this level of relational process.

In summary, the overall results of the attachment-focused part of our trial do not support any notions of a simple formula according to which one attachment profile will match a specific therapy type. In keeping with the spirit of attachment theory, which is to emphasize the importance of real relationships, we believe that the right place to look for implications of attachment for eating disorder treatment is precisely there – in the relationship!

Daniel, S. I. F., Poulsen, S., & Lunn, S. (2016, July). Does client attachment matter in eating disorder treatment? And if so, how? [Web article]. Retrieved from http://www.societyforpsychotherapy.org/client-attachment-matter-eating-disorder-treatment

Mallinckrodt, B. (2010). The psychotherapy relationship as attachment: Evidence and implications. Journal of Social and Personal Relationships, 27(2), 262-270.

Client Attachment in Psychotherapy for Bulimia 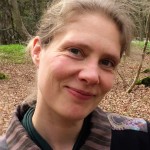 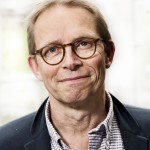 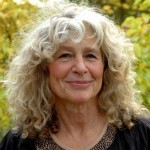