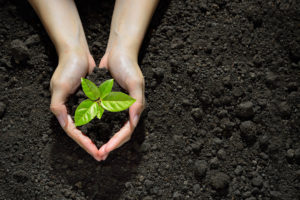 Supervision is a fact of life for most of us.  We experience years of supervision in our professional training sequence and possibly afterward, and many of us move on to becoming supervisors of other professionals.  In their classic text, Coping with Conflict, Mueller and Kell (1972), some of the earliest writers in the field of supervision, suggested that because of the “oversight” provided by the supervisor, there is a natural power differential in the supervisory relationship that can be a crucible for discord.  Influenced by a psychodynamic perspective, they suggest that supervision is a clinical relationship within which supervisees can learn healthy management of power differences, as well as of conflict.  They suggest that conflict in supervision, if not handled skillfully, can be passed on to the therapeutic relationship through parallel process, or tacit learning.  Likewise, however, if handled skillfully, supervisory conflict can be a source of positive learning and development for supervisees, and this learning about being in healthy clinical relationships can be passed on to clients/patients.

Supervision scholars have noted that supervisees frequently do not reveal to their supervisors when they feel uncomfortable (Ladany, Hill, Corbett, & Nutt, 1996).  They fear reprisal, breaches in the relationship, and poor evaluations.  It is estimated that up to a third of mental health professionals have experienced some form of bad or harmful supervision at least once.  In fact, when asked, many of us can vividly recall at least one difficult, if not detrimental, experience with a supervisor.  The experience of harm in supervision has been well documented (Gray, Ladany, Walker, & Ancis, 2001; Kozlowska, Nunn, & Cousins, 1997; Nelson & Friedlander, 2001), and most of the harmful experiences described in the literature have occurred as a result of mishandled conflicts.

I and some colleagues recently conducted a study of “wise supervisors,” or supervisors considered by professional therapists to be the best in the field (Nelson, Barnes, Evans, & Triggiano, 2008).  They were asked how they thought about conflict in supervision and what strategies they used to work with conflict.

Findings indicated that “wise” supervisors understood that conflict is a normal (albeit discomfiting) occurrence in clinical relationships and saw it as an opportunity for growth for their supervisees and themselves.  They were unusually humble and willing to acknowledge and accept their shortcomings.  They valued and enjoyed supervision and communicated this enjoyment to their supervisees.  They saw a positive supervisory relationship as key to negotiating eventual differences with their supervisees and worked to foster trust in the supervisory relationship.  Many indicated that they discussed race, gender, and other differences with supervisees early on, as well as the power differential inherent to supervision, and processed related tensions.  They were willing to set clear boundaries and expectations and to communicate these to supervisees from the outset.  Though they set high expectations, they also valued and worked to facilitate developmentally appropriate learning in their supervisees.

All supervisors endorsed the use of interpersonal process as a key strategy for managing conflicts.  They seemed able to reflect on the process of conflict in supervision and what they had learned from past conflicts.  They were open to observing markers of supervisee discomfort, as well as their own, and addressing their observations openly in session with supervisees.  They actively considered the developmental needs of a supervisee in determining a course of action to address conflict.

Many indicated that they regularly undertook self-examination to understand the role they played in a conflict situation, and in cases of highly challenging conflicts, many sought outside counsel from trusted colleagues. A key strategy mentioned by all participants in the study was revisiting and clarifying role expectations with supervisees, renegotiating if necessary.

Most of the strategies mentioned by the supervisors in this study seem like common sense, and indeed they do represent the best of common sense.  They also represent the strategies of the courageous.  Rather than assuming a defensive or superior stance, these supervisors were open to owning their role in interpersonal conflicts.  They were willing to address conflicts openly with their supervisees in spite of the added discomfort such conversations create.  Thus these wise supervisors were courageous and open, and this openness is what earned them nominations from their peers for being outstanding supervisors.

We all know that the basic humanness of the therapist should be at the core of any psychotherapy relationship.  It is this same humanness in supervisors that creates the most optimal setting for supervisees to learn to negotiate conflicts.  Such in vivo learning in supervision can provide outstanding training in the nuances of negotiating difficulties in clinical relationships and serve as a model that supervisees can incorporate into psychotherapy. 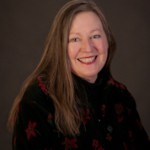