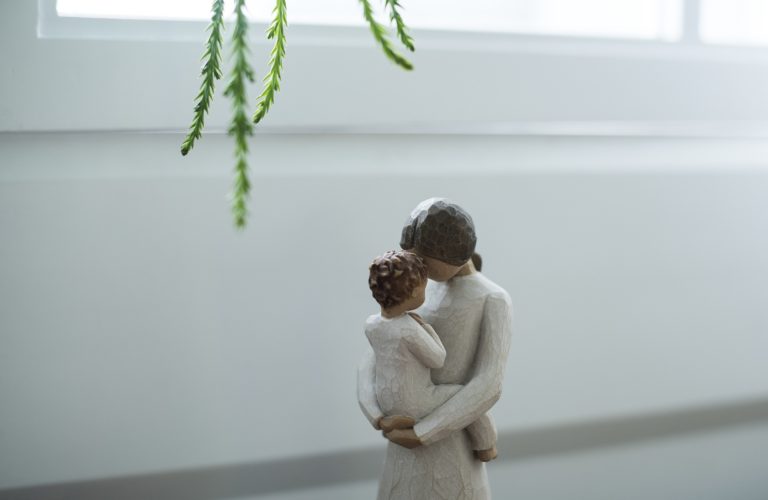 Author’s Note: I was honored to be the recipient of the 2016 Division 29-Diversity Research Award for my dissertation study, “Understanding Enmeshment in Arab American Families.” Our project aims to gain an understanding of the dynamics between Arab mothers and their American born children, using the consensual qualitative research (CQR) method developed by Clara Hill and colleagues. As an Egyptian born immigrant to the United States, my research interest grew out of a need to begin developing therapeutic models that best suit the unique needs of the growing population of Arab American families.

In individualistic Western cultures, the concept of enmeshment denotes that there can be too much loyalty and interdependence within a family; this idea intersects in challenging ways with the high degree of loyalty that is central to Arab family values. In varying cultural contexts, extreme togetherness may be preferred by family members as well as in families coping with the life changing event of immigration. In some circumstances, such as for first generation immigrants, the closeness of family members may be adaptive as it serves a protective function when facing a new environment (Kouneski, 2000).

Immigration is a major change in the family’s cycle that requires family members to adjust their rules, regulations, and level of intra-familial closeness to cope with their new environment. As suggested in Hattar-Pollara and Meleis (1995), immigrants from cultures with values that conflict with the values in the Western world may become preoccupied with sheltering their children from these American values to preserve cultural and religious traditions. It is predicted that the family may then turn inward, purposely isolating itself from this “foreign” society that is viewed as too different or at an extreme even corrupt.

As a result, parents pull their children closer to protect them from the perceived threat of the outside world. This process resembles the definition of enmeshment coined by Salvador Minuchin (1974) and in the Circumplex Model (Olson, Sprenkle, & Russell, 1979). This Western concept accounts for both the quality of internal boundaries between family members, as well as the level of interaction that each family member has with outside supports and the boundary between the family as a unit and the outside world.

Immigrant parents may be restricted from forming close emotional ties outside of the family due to language and cultural barriers, and, in absence of extended family or a culturally similar support group, spouses may rely excessively on each other and on their children to attain emotional support. While their American-born children may be more comfortable exploring social environments in the host country, parents may limit their ability to do so fearing the influence of Western values on their children. This fear was demonstrated by one participant in Oweis’s and colleagues’ (2012) qualitative study on Jordanian parenting practices, who stated:

Parents need to monitor their children and supervise them from a distance, to make sure that things are going well. We are obligated to keep our values and traditions, so we cannot allow mistakes that are deviating from the values and a tradition of our society. It is a disgrace for the family and the parents to have to use punishment and emphasize cultural laws and regulations. (p. 244)

Furthermore, in light of political adversities and discrimination faced by Arabs post-9/11, particularly in the U.S., Arab parents today may exhibit a more heightened fear for their children’s safety when interacting with American society. This fear may cause them to further shelter themselves and their children.

Purpose of the Study

Research on the concept of enmeshment in family systems specifically related to Arab American families appears nonexistent. Instead, Arab families are often grouped with other “collectivistic” cultures in an attempt to explore cultural variations in family dynamics (Ajami, Rasmi, & Abudabbeh, 2016), as indicated by the literature surveyed for this study.

When exploring family dynamics, it is also important to consider the variation found among Arab American families based on religion, socioeconomic status, nationality, reason for immigration, and level of acculturation. For example, a family of Christian-Lebanese Americans who have lived in the U.S. for 30 years will likely have different norms of interaction and attachment styles than an Iraqi family of refugees who have been in the U.S. for one year (Ajami et al., 2016).

In the absence of culturally derived research studies, theoretical papers, and treatment models, psychologists and mental health providers in the U.S. often resort to applying the understandings of Western psychology to their work with patients from various ethnic and cultural backgrounds. In the field of family systems psychology, models of family dynamics and ideals of healthy family functioning are derived largely based on an understanding of Anglo-Saxon family norms. Terms frequently employed by family therapists—such as “enmeshment,” “dependence,” and “cohesion”—are also defined using Anglo-Saxon norms, as are the ideas used in parent-training and the approaches to understanding parent-child interaction.

Utilizing the consensual qualitative research method, described below, the proposed study hopes to begin bridging the gap between existing literature on the concept of enmeshment in the Western world and family closeness in cross-cultural contexts by exploring Arab American parents’ attitudes, beliefs, and practices associated with parent-child closeness. Results of the study will aid clinicians as well as physicians, educators, and other professionals to understand the norms of family interaction among the rapidly growing population of Arab Americans.

The consensual qualitative research method (CQR) was developed in response to the need for a specific and rigorous qualitative method that allows in depth study of inner experiences, attitudes, and beliefs that cannot be adequately captured using quantitative methods. CQR is a structured method of qualitative research that was first used for research on the psychotherapy processes (e.g., Knox, Hess, Petersen, & Hill, 1997). Since then, more recent studies have successfully used CQR to examine a variety of topics.

Many of these studies involved ethnic minority participants or other diverse groups that are understudied. Hence, due to its exploratory nature, CQR is especially well-suited when the knowledge base in an area is limited (Hill, 2012). In addition, it relies on the in-depth understanding of a small sample of participants (12 to 15), as opposed to utilizing broader information gathered from larger samples (Hill, 2012).

The data analysis process in CQR is centered on a consensus among a team of trained coders. The process consists of four major steps, 1) collecting open-ended data through interviewing, 2) identifying categories and sorting data in domains, 3) creating core ideas that summarize each domain and 4) cross analyzing the themes that emerge across participant responses within each domain.

Participants for this study were recruited by snowball sampling using flyer distribution and word-of-mouth advertising through members of the Arab American community in one mid-sized U.S. city. Of the 12 participating mothers, seven were Muslim and five belonged to an Orthodox Christian church, accounting for the influence of both Islam and Christianity, the two major religions represented in the Arab world. Criteria for inclusion stated that participants were born and raised in one of the 22 Arab countries, immigrated to the U.S. as adults, and planned to live in the U.S. indefinitely.

Participants were all married to Arab men and had at least one school aged child (6-18) living in the home. Mothers who had children with special healthcare needs or developmental disabilities were excluded from the study given that children with special healthcare needs typically require a higher level of care and involvement from parents. Participants ranged in educational and socioeconomic level and worked both inside and outside the home.

Participants were asked to complete a demographic questionnaire gathering information such as age, city of birth, year of immigration to the U.S., level of education, individuals residing in the household, number of children, and children’s ages and sex. Because of the strong socioeconomic divide found in the Arab world, social class is an important element to assess among participants. The demographic questionnaire was made available in both English in Modern Standard Arabic. Participants were encouraged to fill out the questionnaire in the language with which they felt the most comfortable to ensure a thorough understanding of written items.

Questions on the semi-structured interview were developed by the primary investigator specifically for use in this study. All interviews were conducted by the primary investigator and were administered in English rather than the participants’ native language, Arabic, given the limited resource of Arabic speakers who were also knowledgeable about research methodology and data analysis using the CQR method.

Additionally, as mentioned above, different dialects are spoken in different countries and regions of the Arab world, making it difficult to standardize a conversational interview across participants from different Arab countries. Questions were influenced by previous quantitative and qualitative studies examining Arab and Arab American attitudes toward parenting and family dynamics. Several questions are adapted from the latest version of the Family Adaptability and Cohesion Evaluations Scale (FACES-IV) questionnaire (Olson, 2011), used to assess cohesion and flexibility in families, as well as the Acculturation Rating Scale for Arab Americans (ARSAA-II; Jadalla, 2007; Jadalla & Lee, 2012; Jadalla & Lee, 2015).

Status of the Study

At this time, all interviews have been completed and the first phase of data analysis was conducted by a team of trained coders that included graduate and undergraduate students in psychology. Data have been sorted into domains and core ideas were created by team members. Study completion and dissertation defense are projected for the winter of 2017. 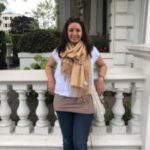