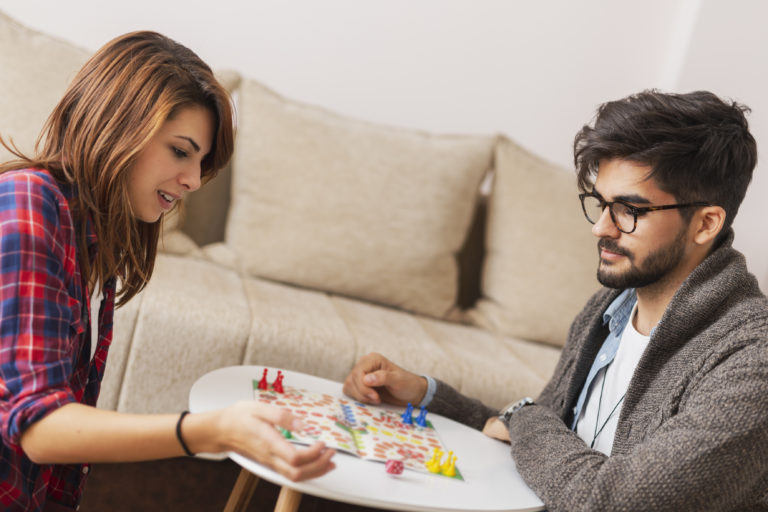 Authors’ Notes: All authors are part of the University of Denver GSPP Internship Consortium.

In clinical and counseling psychology, human behavior is understood through varying lenses called theoretical orientations. Key factors that influence orientation include a practitioner’s unique personality and particular way of conceptualizing the human condition. These factors come into play in clinical and counseling psychology training programs, where students must select one of these orientations in order to practice psychotherapy in a coherent manner.

The programmatic demands of many training programs are such that a trainee must simultaneously develop a didactic mastery of the varying theoretical orientations while also expanding their understanding of themselves as related to a particular theoretical preference. Particularly for a first year student, this is a potentially daunting task.

One way of bridging this gap is to develop an informal tool which is lighthearted yet informative, and could potentially orient the student toward a clinical perspective without pigeonholing them. The authors of this study will present such a tool in the form of a “PlayBuzz” quiz, developed with the specific intent of elucidating preference for a specific theoretical orientation by assessing aspects of the individual’s personality and worldview.

Previous research suggests that certain factors may lead a psychotherapist in training toward a specific theoretical orientation. “At its most basic level, theoretical orientation can be conceptualized as a therapist pretreatment characteristic or a factor that is thought to relate to psychotherapy process and outcome” (Boswell, Castonguay, and Pincus, 2009, p. 291). Trainees often seek out an approach to psychotherapy that is meaningful and congruent with their personality traits (Mason, 2012).

While there are other factors that contribute to a psychotherapist’s choice of theoretical orientation (including worldview and past experience), for the sake of this paper, personality factors will be the main variable explored.

So how does one go about creating a map that can allow introductory students to find their way through the many theoretical orientation options and choose those that best fit their personalities and their worldviews? The answer lies in understanding the pedagogical rationale behind the PlayBuzz questions. According to the research conducted by Ogunfowora & Drapeau (2008), the personality features that best predict a student’s predilection toward a specific theoretical orientation are agreeableness, conscientiousness, and extraversion.

The authors, all interns at the University of Denver Graduate School of Professional Psychology Internship Consortium (an exclusively affiliated program that is APA accredited), decided to develop a PlayBuzz quiz in Research Seminar as their shared scholarship project for the year. To make the quiz more efficient, we chose four different theoretical orientations on which to focus: Cognitive Behavioral Therapy, Psychodynamic, Humanistic, and Systems theories. We then took the personality features shown to be correlated to orientation preference and developed questions with answers highlighting those features. We agreed on the final questions through group brainstorming.

For example, to highlight agreeableness, the authors chose the question “Someone cuts you off in traffic. How do you understand this?” The answers to these questions that emphasize the trait of agreeableness include, “They probably didn’t see me” and “Everyone has bad days sometimes.” When an individual chooses one of these answers, they load on agreeableness which indicates a predilection to systems theory. If an individual chooses one of the other options, it loads them on the opposite of agreeableness and indicates a partiality for psychodynamic theory.

In total, we designed a quiz with 9 questions. All of these questions addressed various domains and finish by offering the quiz taker with a suggestion for a specific theoretical orientation that may fit their specific personality aspects. The questions for the quiz are listed in Appendix A and the quiz we developed may be accessed here:

This quiz was a light-hearted attempt to provide guidance to incoming graduate students in clinical and counseling psychology. We are hoping that rather than providing a true assessment of an individual’s theoretical orientation, it will open up meaningful discussion about areas of potential clinical interests. The authors recommend using the PlayBuzz quiz during an orientation activity or in a beginning seminar or class to elucidate how one’s personal characteristics might guide clinical practice.

It is important to understand the limitations of this PlayBuzz quiz. The quiz is not an accurate predictor of future orientation or career paths. Rather, it is strictly a tool that can help students understand how their personal characteristics align with certain theoretical orientations. It is not an empirically validated measure and would require further study to determine its validity and reliability. Additionally, the authors only looked at some aspects of personality that were highlighted in the literature as being correlated to theoretical orientation preference.

Research also suggests that other aspects about an individual’s personality as well as demographics and worldview influence preference toward an orientation as well. This PlayBuzz quiz did not take these into account, but one could be created that would better encompass personal characteristics, demographics, and worldview while maintaining the playful approach.

The purpose of this paper is to provide an assessment measure in the form of a simple quiz to help determine whether or not individual personality factors and worldview can predict an affinity for theoretical orientation. Although there has been research to suggest that there is a relationship between personality traits and ascribed theoretical orientation, there is little research exploring the relationship between worldview and these factors.

Future research that explores this hypothesis that worldview, in addition to personality, can help predict theoretical orientation is recommended. Additionally, it is recommended that future researchers conduct a statistical analysis or longitudinal study aimed at establishing whether or not the current measure can be empirically validated. This type of measure could be an extremely valuable tool in providing clinicians in training with guidance and direction in choosing an appropriate theoretical orientation that best fits their personality and worldview. In the meantime, we hope this quiz will be a fun and creative way to help psychologists in training find their best theoretical fit.

How Do Your Informed Consent Practices Measure Up?