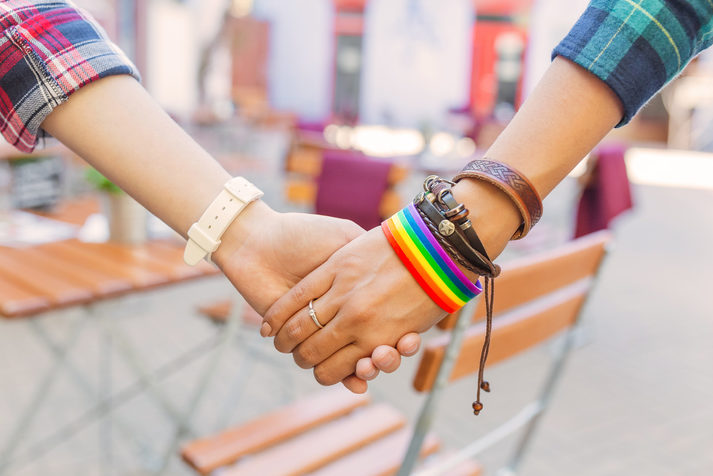 Self-Care and Advocacy as a Member of a Target Group

Clinical Impact Statement: This article is intended to challenge allies of LGBTQ-identifying students to fight for change while addressing the issues advocates face, including emotional distress, frustration, and burnout.

Be a blank slate, but also be an advocate. Wait, no, not like that.

In graduate school, we are taught to hopefully become ethical, effective psychological practitioners. That model pretends that psychology exists in a bubble and is not subjected to the outside world’s judgments, prejudice, and ignorance; psychotherapy is often intended to empower people to cope with the world’s stressors without internalizing the negativity while simultaneously gaining the self-regulation necessary to manage personal triggers and patterns as these stressors arise. This works, so long as the therapist manages their own reaction to their environment, hence the ubiquitous term, “self-care.”

After graduating with a master’s degree in forensic psychology, I worked for an outpatient substance abuse and domestic violence agency. My specialty was working with men and women convicted of intimate partner abuse. Violence never phased me—at least when I had the opportunity to work with people trying to curb hostile behaviors. In fact, I found myself most drawn to clients with histories of deviant, abusive behavior because they often had the greatest motivation for change.

This mentality shifted, however, when I began working as an undergraduate instructor of psychology and criminal justice in rural Oklahoma. I traded a comfortable life of working with adult offenders in the Boulder Valley of northern Colorado and moved 400 miles to a town that prides itself on being called “No Man’s Land.” I knew that working as an openly gay, Latino faculty member would be a substantive change of pace for me, but I was prepared for the challenge; I told myself that this would be an opportunity to be a role model for marginalized students and that I could open a small practice in this town to help people cope with the prejudice so frequently seen in rural areas. I never realized the impossible task with which I had presented myself.

Oklahoma Panhandle State University is located in Goodwell, Oklahoma—a town of roughly 1,600 people when the university is in session. Of those, roughly 150 are actual residents of the town, and I can count on one hand how many do not present themselves as cisgender, heterosexual, White, and conservative. I knew how to manage being different; I knew that as faculty, I held a privileged status that protected me from violence and hatred that queer people fear in areas like this. I told myself that I would be safe and that I personally had no reason to worry.

This mentality protected me for the first three days of this new endeavor. Shortly thereafter, though, I was informed that numerous students had experienced arrays of emotional, physical, and sexual abuse. By the end of my first month, I was explicitly in the midst of a larger epidemic that continues to be amplified in rural communities; I found myself furious at a system that discouraged survivors of bias-motivated violence from finding their voices and advocating for change because of fear of retaliation. This rural, middle-of-nowhere university continued to provide protection for those who caused this harm while actively turning a blind eye to those affected by this oppressive, rejective system.

I never worked clinically with these students, and none of them were even enrolled in my classes; they simply had nowhere else to turn in this tiny town that implicitly encourages discrimination. They came to my office because they wanted an advocate; they wanted to be seen, and I wanted them to be seen. This problem isn’t unique, however. It’s congruent with a trend nationwide that marginalized individuals are being pushed further toward society’s fringes.

The issue at hand is not the emotional toll of being surrounded by pain, violence, and trauma. The issue is that students in this area have so few lifelines or support systems that I have been tossed into the role of advocate because no one else here is ready for that challenge. I don’t know that I am either, but I also cannot in good conscience continue leaving queer students feeling dejected and overlooked. I’ve been there; I’ve been the student who was told to “be less gay” in order to escape violence. I’ve been the untethered, unsupported outcast who wanted nothing more than someone to say that my fight was worth fighting.

The devastating reality, though: It isn’t. At least not yet.

I tell myself that things will get better here as time goes on. Maybe I’m the voice of change. Maybe being a high-status, queer representative in academia will give me space to facilitate that change. I tell myself that maybe showing the people of rural Oklahoma that queer culture is real and valid will change mindsets. I want to believe that I can help Panhandle State become a place where diversity is accepted and where culture can grow; but nonetheless, I find myself wearing traditionally masculine clothes, monitoring my body language, and making sure my voice falls into the expected baritone timbre of my male colleagues.

Growth only happens when we are brave enough to challenge the status quo. I want to challenge these expectations, but I also want to be safe. I want my students to be safe. Being queer in Oklahoma is a risk that we take every single day. Coming out is a daily practice, and the omnipresent fear for physical and social safety is integrated into that practice.

In urban environments, we are given space to find like-minded people. We are told to engage with peers and to grow as a community. In places like Goodwell, we are told, “You can get married now, so stop complaining.” We look for the one-second-too-long eye contact that says “I’m a safe person.” We look for faculty with rainbow flags on their office doors, and we pray for space where we can be our most authentic selves, though those spaces are rare.

Without a community, loving and caring for oneself becomes a particularly daunting task. Learning to accept yourself—and learning to find safety and compassion—are challenges that no one prepares you for. Being an example of diversity also means that I am tasked with practicing self-care and self-forgiveness. The LGBTQ students here have been told in unspoken messages that they do not have a place in academia, yet I want them to know that they belong just as much as anyone else.

The problem with this, however, is that being queer-affirming in an environment that still advocates for suppression and conversion takes a toll on the well-being of all of us, even the out-and-proud advocates. Self-care for rural queer people does not include bubble baths and face masks. Self-care is finding space to be authentic, finding affirmation and acceptance, and finding their voice in a fight that seems impossible. Surviving this space requires all of us to acknowledge the unspoken messages and scream until they are addressed. It also requires us to support one another when our voices are tired and our hearts are heavy.

Being gay in rural Oklahoma means that the advocacy never stops. It means that I am always going to be tired, because I will always be fighting for the rights of myself and my queer family to survive authentically. This is an exhausting battle, but it is one that I will choose every single day until every single student has the same opportunities. Unfortunately, this battle will likely continue long past my tenure and my lifetime. So we must empower the next generation to take on this battle too.

This perpetual aggravation is why self-care matters. This is why I have to continue doing my own work, learning and managing triggers, and taking time to just breathe. More than anything, though, I’m learning to give myself space to simply be mad at this injustice—to feel the pain and the longing for inclusion. Self-care for me is so much more than doing small things that feel good; self-care is staring straight into the pain and becoming comfortable enough with it to act upon it and facilitate change. If I am unwilling to sit with that pain, then I have no right to challenge this corruption or to ask anyone else to do the same.

As a queer person with a substantive amount of privilege, I continue to be frustrated, but I know that I am only one person. I challenge myself to do better every single day because these students deserve better. My community deserves better.

We must all do better. Fellow academes, it isn’t enough to “do no harm,” anymore. We have to fight and protect those who come to us for support.

5 Things Therapists Can Do When Working with LGBTQ+ Individuals

CBT for Women with Chronic Pain

An Exciting Future by Embracing Change 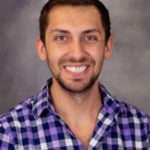