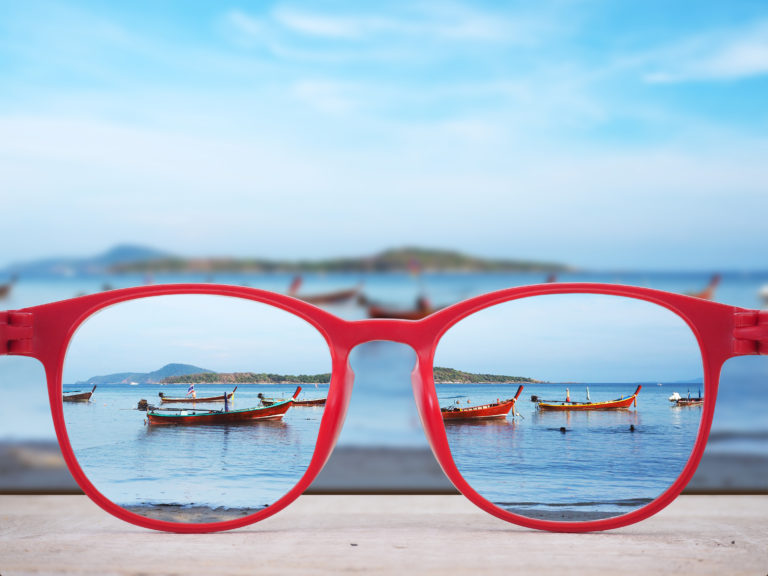 I Saw Her Again Last Night …

The Best of APA

The annual APA Practice Directorate State Leadership Conference (SLC) continues to be the highlight of my APA year.  This Spring, 530 colleagues, including an impressive number of early career psychologists and first time attendees, were treated to another spectacular event.  Highlights included new models of service delivery, the importance of integrated and patient-centered care, and a focus on developing effective business plans while simultaneously providing “value-add.”  The Illinois Psychological Association’s recent prescriptive authority success, thanks in large part to the dedication and persistence of Beth Rom-Rymer, brought new life to the RxP movement, with a number of states reporting their membership being re-energized.

Ann Compton, former White House correspondent for ABC News, presented a fascinating look at the inner workings of the Oval Office, when Hillary would finally announce, and the unique perspectives of the First Ladies.  This was also the 10th anniversary of David Ballard’s visionary Psychologically Healthy Workplace and Organizational Excellence Awards ceremony, which actively engages psychology with the best of the business community at both the local and national level.  Under Norman Anderson’s leadership, APA itself was recently designated as one of the “Best Places to Work” by the Washington Post.  As always, the enthusiasm and excitement of the audience was palpable.

The theme for this year’s conference was Practice Innovation, and Practice Directorate Executive Director Katherine Nordal challenged those present to step up and become visionary leaders.  “Innovation involves new ideas and processes, change, upheaval, and transformation.  To be innovators we need to shake off some old ways of thinking about traditional practice models.  We also need to shake off the negative attitudes some of our colleagues have about what’s happening in health care.  The world is changing and health care is moving ahead—with or without psychology.  Whether we move forward will be up to us!  We need to think differently about our professional roles and the way we provide services.  Too many psychologists are stuck in the traditional 50-minute therapy box.  And that box is way too confining.  We need to think creatively . . . how we practice . . . where we practice . . . and what we practice.

“How can psychologists participate in the evolving system in ways that are good for us, our profession, and our patients?  What effects will reforms in health care systems, financing, and technology have on us?  And, how do we, as leaders in our profession, support our members as these changes unfold?  We need to see and understand the bigger picture—the health care environment in which psychology lives.  Psychology should be the discipline that defines and expands the mental health quality measures available for Medicare and other public and private payers as these measures become more widely required.

“Clinical practice guidelines provide an example of our asserting a leadership role.  Historically, psychology has not been at the table.  That has enabled others to control the process, and payers have used their guidelines to determine what they will and will not pay for.  That will change as APA finalizes three initial guidelines—for PTSD, depression, and obesity.  Guidelines developed by other disciplines often ignore the rich psychological science that informs good practice.  APA guidelines will identify the most effective psychological treatments for these disorders, regardless of the discipline providing the care.  Our guidelines development process is innovative.  APA’s panels are multidisciplinary.  One of our cutting-edge, best practices is including community members on each panel to represent the patient perspective.

“You’ll need a dose of courage to face the resistance you’re going to encounter back home.  There will be times when your colleagues push back at your efforts at innovation.  Sometimes you’ll hear your colleagues complain, ‘We shouldn’t change the way we’ve always done it.’  Or, ‘That’s not how I was trained.’  When you get that push back, what 3-word message are you going to give back to them?  ‘Shake it off.’  You are the leaders with the focused vision and vigilance needed to influence a challenging, changing health care system.  You are the leaders who will shape a vibrant future for professional psychology.”

“The APA Congressional Science Fellowship program had a profound impact on my life and my career, and I am profoundly grateful for the experience.  At the most recent APA Council of Representatives meeting, former Congressman Brian Baird gave a talk at the plenary session and commented on the importance of the Fellowship for both the profession of psychology and for Congress itself.  You might recall that I was the first psychologist to be a Robert Wood Johnson (RWJ) Health Policy Fellow, and this predictably led to ‘Potomac Fever.’  I loved working on the personal staff of Senator Tom Daschle, and cherish the time I spent with Tom (in both South Dakota and DC) and being mentored by Rima Cohen, his health policy legislative assistant.  Of course, the two-month Institute of Medicine (IOM) orientation helped too (e.g., our half-day lecture about and tour of HHS was given by then Secretary Lou Sullivan).  I wrote lots of speeches, drafted legislation, met with constituents, attended committee hearings, and was intimately involved with the reauthorization of funding for the National Health Service Corps.  Bob Frank was the second psychologist picked as an RWJ Fellow; I’m sure his time working for Senator Jeff Bingaman (D-NM) at least partially was responsible for his current position as President of the University of New Mexico.

“Realizing that I could never go back to running a neuropsychology lab, I resigned a tenured full professorship at the Marshall University School of Medicine, determined to reshape my life as a health policy maven.  I applied for both the APA Congressional Science Fellowship and the MPH program at Harvard.  I was accepted for both, but opted to stay in DC and continue to learn about the fascinating world of health policy.  Ted Kennedy, Jay Rockefeller, and Pete Stark all offered me jobs on their personal staff, but Congressman John Conyers then chaired the House Government Operations Committee, and I accepted a position on his committee staff, in part because of my interest in promoting a Canadian-style single payer health care system for the United States, something Congressman Conyers passionately supported.  In addition, after a year working in the Senate, I wanted to learn more about the House of Representatives.

“While spending two years on the Hill, I had an opportunity to get actively involved with APA activities and operations (Fellows are invited to participate in almost all relevant APA conferences, meetings, events, and summits).  This eventually led to my active participation in APA governance and presidency of three divisions (12, 46, and 52) as well as participation for several terms on the Council of Representatives.  During this second year working for the Congress, my former Dean at Marshall became the Dean of the School of Medicine at the University of Missouri.  Although a thoracic surgeon, this Dean was very psychologically minded, and he was determined to bring me back to the Academy.  He offered me an opportunity to direct the Missouri Institute of Mental Health (MIMH), a policy, research, and training ‘think tank’ with over 100 employees and a budget of about $6 million.  MIMH operated at the interface of the University of Missouri and the Missouri Department of Mental Health, and our mission was to serve anyone in Missouri with a mental illness, addiction, or developmental disability.  The job required lots of time in Jefferson City (the state capital) as well as tracking state legislative policy.  It was a job that wouldn’t come around again, so I accepted the Dean’s offer and happily spent the next 20 years running the Institute.  I never went back to being a neuropsychologist . . . but I never regretted making the shift from direct patient care to being a ‘policy wonk.’

“I simply couldn’t have done the job at MIMH – and it would never have been offered—had I not spent time on the Hill as a congressional science and health policy fellow.  I like to think I made a real difference during the two decades I spent in Missouri, and I’ve had opportunities to introduce literally thousands of students to health policy issues, both in Missouri and while serving as an Associate Dean at the California School of Professional Psychology (CSPP).  I also make sure the medical students I’m now teaching at the American University of Antigua know something about how health policy is shaped and how profoundly their professional lives will be affected by what happens in the halls of Congress and in state legislatures.  (A fortuitous and entirely unexpected benefit of being a former APA/AAAS Fellow was being invited to Canberra to testify before a subcommittee of the Australian Parliament about my experiences working on the Hill.)  Our 40th Congressional Science Fellowship anniversary celebration at our last convention was truly memorable” [Danny Wedding].

Change is inescapable, although it does take time

As Katherine so aptly notes, a number of our colleagues appear to be intractably resistant to change.  Apparently, however, this fundamental orientation is not limited to the discipline of psychology.  In reading about Rear Admiral Grace Hopper, who was a pioneering computer specialist, and who retired in 1986 as the Navy’s oldest serving officer (having served for 42 years), I smiled learning: “In general, applied mathematicians were looked down on by their colleagues in pure mathematics.  There was a widespread belief that ‘you turned to applied mathematics if you found the going too hard in pure mathematics.’”  Thank goodness for colleagues like former Division and APA President Ron Fox, who continues to press for change, now meeting almost monthly with APA’s Heather Kelly strategizing about how to get psychologists—who are themselves veterans—to insist that they should continue to have access to the services of prescribing psychologists within the VA, as they did while on active duty.

Former USAF Prescribing Psychologist Elaine Foster recently wrote her own elected official: “After graduating from the DoD Psychopharmacology Demonstration Project (PDP) I served as a prescribing psychologist in the Air Force for over 20 years.  I continued to serve our active duty military after retiring, again as a prescribing psychologist under contract with the Air Force.  During that time, I prescribed for our veterans when we had space available at our military clinic . . . . If I walked across the hospital parking lot to our annexed VA clinic, I could no longer prescribe to that same patient I’d been prescribing to while he or she was active duty.  The current VA restrictions are illogical . . . . Because New Mexico recognizes prescribing psychologists, I can now prescribe to our veterans, but only in New Mexico, and only through a third party contractor . . . . This just does not make sense and is a clear waste of federal funds.”  It makes me feel so good to know . . . . “It always seems impossible until it’s done.”