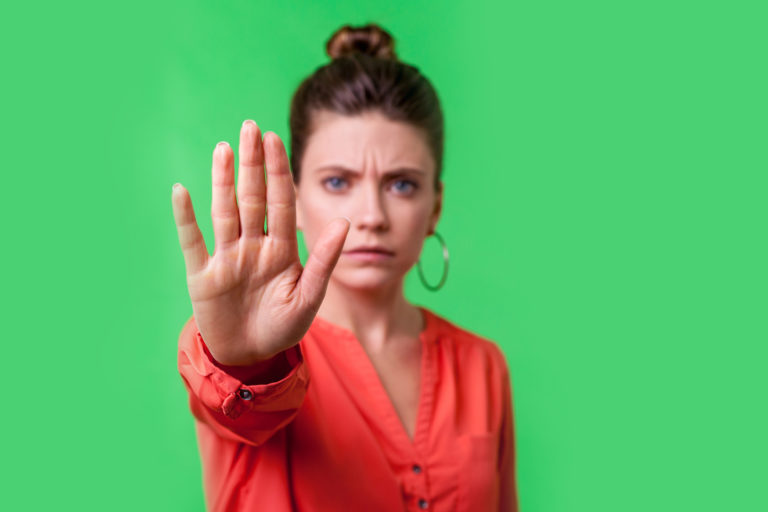 I Would Never Do That!

Editors’ Note: As a reminder, please send your psychotherapy research-, practice-, and training-related Ethics questions to Apryl.Alexander@du.edu. Please note that questions may be selected by Dr. Alexander for inclusion in Psychotherapy Bulletin or on the SAP website/social media platforms at her discretion, and not all questions may be answered. In addition, information provided to Dr. Alexander and SAP in this context is for the purpose of furthering public knowledge and discourse around ethical issues and will not be kept confidential.

In graduate school, I had an ethics class (actually, three 1-credit classes) which repeatedly discussed how to avoid boundary crossings and violations. During my pre-doctoral internship orientation, I was handed a pamphlet entitled “Therapy Never Includes Sex,” and expected to read the pamphlet and sign a statement indicating I read the pamphlet. In my current state (Colorado), the licensing board requires psychologists to discuss how to report sexual intimacies during the initial session as a part of the mandatory disclosure. Colleagues have made their students raise their hand and take a vow (half in jest) to not have romantic and sexual relationships with clients. Despite all these warnings, sexual boundary violations continue to rank high on the list of ethical complaints and violations made by psychologists.

Sexual attraction is a normative experience; therefore, it should be expected individuals may experience attraction in the therapeutic context. Indeed, Freud highlighted therapist-to-client attraction experiences in his 1915 article Observations of Transference Love. Research has indicated that between 70% and 90% of psychotherapists have been attracted to at least one client in their career (Pope, Keith-Spiegel, & Tabachnick, 2006; Rodolfa et al., 1994). Moreover, over 80% of clinical psychologists have reported knowing a colleague who claimed to have been sexually intimate with a client (Noel, 1988). Though attraction to clients isn’t necessarily unethical—indeed, a majority of therapists have viewed these feelings as being ethical (Meek & McMinn, 1999; Pope, Tabachnick, & Keith-Spiegel, 1987)—if the attraction is compromising their objectivity and/or competence, these feelings should be confronted and addressed (Capawana, 2016). While much of the literature on sexual boundary violations focuses on the scope of the problem and training programs focus on telling trainees not to engage in these violations, little time is spent on how to effectively manage sexual attraction to clients.

Many researchers have sought to examine the incidence of sexual behavior between therapists and their clients. Alpert and Steinberg (2017) conducted an extensive review of the literature on sexual boundary violations and therapists’ sexual attraction to clients and found reported rates of sexual contact between psychologists and clients in the United States ranging from 7% to 12% across studies; with some researchers suggesting the true prevalence is much higher. An estimated 80% of reported sexual boundary violation victims were women. Sexual attraction toward clients is reported more frequently. Pope, Keith-Spiegel, and Tabachnick (2006) conducted a survey of 585 psychologists (57.9% of the sample were men, 42.1% were women) asking about their sexual attraction to psychotherapy clients. Only 77 respondents reported never being sexually attracted to clients. Of the 508 respondents who reported attraction to clients, 125 reported attraction to male clients only, 281 to female clients only, and 102 to both male and female clients. Eighty-two percent of respondents reported they had never seriously considered actual sexual involvement with a client. Of those who did consider sexual involvement (N = 104), 91 stated they had only considered it once or twice, with male therapists considering sexual involvement more than female therapists (27% vs. 5%). Lastly, nearly half of therapists indicated their sexual attraction had a negative influence on the therapeutic relationship.

Sexual relationships with clients are considered a boundary violation, which refers to transgressions that impact the therapeutic relationship. In the APA’s 2017 Ethical Principles of Psychologists and Code of Conduct (Code of Ethics), the guidelines regarding sexual relationships with current therapy clients are quite clear and explicit, stating in 10.05 Sexual Intimacies With Current Therapy Clients/Patients: “Psychologists do not engage in sexual intimacies with current therapy clients/patients” (p. 14). Other guidelines related to boundary violations center on non-maleficence and the potential for harm (e.g., 3.04 Avoiding Harm; 3.08 Exploitative Relationships).

For previous therapy clients, there are two areas within guideline 10.08 Sexual Intimacies With Former Therapy Clients/Patients that guide psychologists in their ethical decision-making. First, psychologists should not engage in sexual intimacies with former clients for at least two years after the termination of therapy. This is followed by, “psychologists do not engage in sexual intimacies with former clients/patients even after a two-year interval except in the most unusual circumstances” (p. 14). The Code of Conduct enumerates different factors to consider, focused on examining the potential for exploitation, including the nature, duration, and intensity of the therapy; the circumstances around termination of therapy; the client’s personal history; and the likelihood of adverse impact. However, these guidelines have been controversial, as some psychologists subscribe to the notion of “once a client, always a client”—and therefore advocate avoiding any intimate relationships with clients, ever.

What if a trainee or a psychologist experiences a sexual attraction towards a client? Where do they turn to for help? Are supervision environments welcoming places to discuss their feelings? Though I am an early career professional, I still have yet to have a student or trainee express they are sexually or romantically attracted to a client, despite the prevalence rates noted above.

Scholars have stated the Ethical Principles and Code of Conduct do not offer guidelines for therapists who develop sexual attractions to their clients nor whether therapists should disclose such information to their clients (Capawana, 2016; Fisher, 2004). In the previously described Pope and colleagues (2006) study, 55% of respondents indicated they had received no education about sexual attraction to clients. In order to manage sexual feelings, clinicians often make attempts to address their feelings. Some discuss their feelings in supervision or consultation with colleagues, while others address them in their own psychotherapy (Blanchard & Licthenberg, 1998; Pope et al., 2006b; Rodolfa et al., 1994). Further, in the previously mentioned Pope et al. (2006a) study, only 57% of respondents reported they sought supervision or consultation upon becoming aware of their feelings of sexual attraction to a client, with younger therapists being more likely to seek consultation (64% versus 50%), and no gender differences observed. Those who had at least some training about sexual attraction to clients were more likely to seek consultation.

Therapist disclosure of their sexual feelings to their client is a controversial topic. Research indicates rates of therapist disclosure of their sexual attraction ranges from 5% to 25% (Fisher, 2004). However, the ethics behind such disclosure have been questioned due to the potential for harm to the client. Fisher (2004) provides several recommendations to therapists who are experiencing sexual feelings for clients, arguing that self-disclosure of sexual attraction to clients should be avoided and can be considered unethical professional behavior. Additional recommendations highlight the importance of supervision, consultation, personal therapy, and didactics throughout the career span. Finally, graduate training programs need to discuss sexual feelings and attractions, self-disclosure, and professional boundaries early and frequently throughout the duration of clinical training and supervision, particularly in manner that avoids shaming.

As expected, sexual attraction to clients is commonplace. Although attraction to clients isn’t necessarily unethical, the literature highlights the need to engage in conversations about sexual attraction toward clients. Moreover, although not all psychologists engage in inappropriate sexual behaviors with clients, many have reported their feelings of sexual attraction have negatively impacted their therapeutic engagement with clients. In sum, it is important for mental health providers at all career stages to open space to have discussions with colleagues and other professionals (i.e., personal psychotherapy) to navigate how to address these feelings before a boundary violation occurs.

Pope, K. (2001). Sex between therapists and clients. In J. Worell (Ed.), Encyclopedia of women and gender: Sex similarities and differences and the impact of society on gender (Vol. 2, pp. 955-962). Waltham, MA: Academic Press.

Pope, K. S., Sonne, J. L., & Greene, B. (2006b). What therapists don’t talk about and why: Understanding taboos that hurt us and our clients. Washington, DC: American Psychological Association.

When a Client Crosses Sexual Boundaries