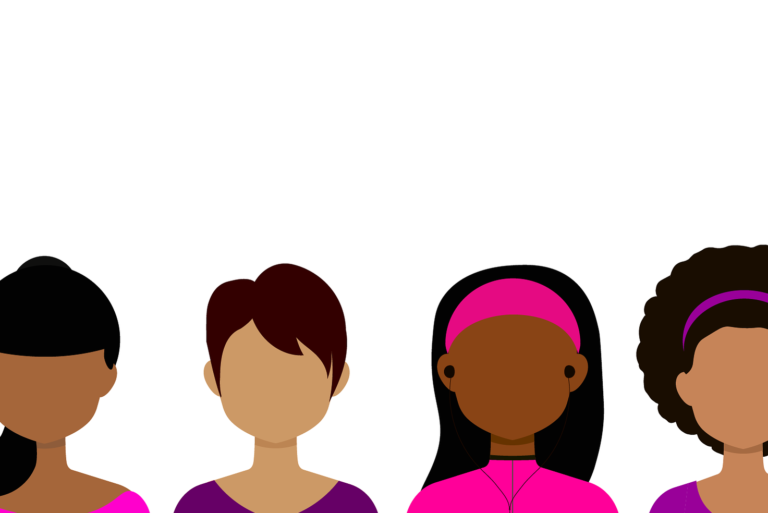 Racial and Ethnic Bias in Care

Research shows clinicians are less likely to recognize eating disorder pathology in racial and ethnic minority women than in White women, even after controlling for the severity of self-reported disordered-eating symptoms (Becker, Franko, Speck, & Herzog, 2003; Gordon, Brattole, Wingate, & Joiner, 2006). These findings indicate that the problematic and unsupported stereotype of ethnic minority women as unlikely to experience eating disorders persists in the clinical community (Gordon et al., 2006), as well as in the larger culture in the United States (Gordon, Perez, & Joiner, 2002). Given recent findings that eating-disorder pathology afflicts all genders regardless of racial and ethnic background, clinicians should increase efforts to screen, identify, and treat eating disorders in racial and ethnic minority clients.

As Hispanic individuals are currently the largest racial and ethnic minority group in the U.S. (Ennis, Rios-Vargas, & Albert, 2011), it is increasingly necessary to pay particular attention to the prevalence of eating disorders and risk factors for developing eating disorders for this group. In addition, this population continues to face disparities in access to health care and treatment, as well as lack of evidence-based, culturally-appropriate assessments and interventions (Franko & George, 2008). Thus, the present article provides a brief review about the prevalence, assessment, and risk factors of eating disorders in Latinas in the U.S.

Eating disorders, which are disturbances in both eating and food intake behaviors, and in thoughts about food, weight, and body perception, affect nearly 5% of the adolescent female population of Western countries (Makino, Tsuboi, & Dennerstein, 2004). These disorders are medical and psychological illnesses that present potentially life-threatening risks for those affected (National Institutes of Health, 2016). Although much of the extant research has focused on eating disorders in primarily White samples, a growing body of research has examined the prevalence of eating disorders among ethnic and racial minority women. This emerging body of research appears to show that Latinas may be at risk of eating disorders at rates similar to that of White women (Perez, Ohrt, & Hoek, 2016; Shaw et al., 2004).

Neumark-Sztainer and colleagues (2002) examined eating patterns and weight concerns in a large (N=4,746) sample of adolescent girls attending public middle schools and high schools in Minnesota. When compared with White adolescents, Latinas reported equal or greater eating-related concerns and behaviors. Latina adolescents in this sample were most likely to report desiring a weight lower than their current weight, to perceive themselves as currently being overweight, and to indicate low body satisfaction. In addition, they most frequently reported attempts at weight loss that included chronic dieting, and had the most prevalent rates of binge eating (Neumark-Sztainer et al., 2002).

Similarly, in a sample (N = 1,866) of 11 to 20 year old adolescent Latinas drawn from a comprehensive and nationally representative list of high schools in the U.S., 53.3% reported currently being on a diet, a higher rate than their White counterparts (46.3%). In this same sample, Latinas had higher rates (5.5% vs. 4%) of amenorrhea (absence of a menstrual period), but lower rates (2.5% vs. 4.9%) of BMI’s below 18 when compared to the White adolescent sample. Finally, no significant differences in bulimic symptoms were found between Latinas and any other comparison group (Granillo, Jones-Rodriguez, & Carvajal, 2005). Of interest, this study compared subsamples of Latinas based on country of origin (either their own or parents’ countries of origin for individuals born in the U.S.), and found no significant differences in eating disorder symptoms among Cuban-American, Mexican-American, and Puerto Rican-American women (Granillo et al., 2005). These findings suggest that Latinas in the U.S. are at risk for eating disorders regardless of national origin.

Finally, Alegria and colleagues (2007) found elevated rates of binge-eating behaviors and binge-eating disorders in a national epidemiological survey of Latino households in the U.S. These results are in line with a recent review that found that prevalence of Bulimia Nervosa and Binge Eating Disorder in Latina/os was comparable to White Americans (Perez et al., 2016). This same review found that Binge Eating Disorder is the most common eating disorder among Latina/os in the U.S. (Perez et al., 2016).

Exposure to mainstream American culture has been conceptualized as potentially promoting eating disorder behaviors due to its emphasis on appearance as a measure of personal worth and its focus on thinness as an ideal figure for the female body (Thompson, Heinberg, Altabe, & Tantleff-Dunn, 1999). Racial and ethnic minority women who live in the U.S. must negotiate the process of adjusting to U.S. culture, which may espouse values and social mores that are dissimilar to those of their culture of origin (Berry, Trimble, & Olmedo, 1986). This process of adjusting to U.S. culture is referred to as acculturation. The process of acculturation may result in internal conflict when the new social environment espouses values or beliefs that are in contrast to those held by the person’s culture of origin (Berry et al., 1986). This stress is called acculturative stress.

Acculturative stress, but not acculturation, significantly and positively predicted Latinas’ self-reported scores of drive for thinness in a sample of college-aged White, Latina, and Black women (Gordon et al., 2010). Similarly, in a sample of adolescent Latinas, acculturation, measured by primary language (Spanish or English) was not related to the prevalence of amenorrhea, dietary restraint, bulimic symptoms, or low BMI (Granillo et al., 2005). Conversely, one study found that, among a large nationally representative, nonclinical sample of Latina/os, those who had spent more than 70% of their lifetimes in the U.S., and thus had increased exposure to U.S. culture, had greater rates of lifetime bulimia nervosa than those who spent more time in their home countries (Alegria et al., 2007).

These findings suggest that ethnic minority women who are experiencing acculturative stress may be susceptible to decreases in self-esteem and increases in eating pathology. Further, for women who are presenting to clinical settings with disordered-eating concerns, assessing and addressing acculturative stress and self-esteem may enhance the cultural sensitivity of treatment (Claudat et al., 2016).

Accurately identifying Latinas with disordered-eating behaviors is an important first step in providing helpful intervention. Unfortunately, several patient and provider barriers may hinder accurate, prompt identification and referral of individuals suffering with eating disorders. Patient barriers may include mental health stigma, access to care, and awareness and distress associated with disordered-eating behaviors. Provider barriers may include bias in assessment and lack of accurate illness representation in diagnostic criteria.

Patient variables. Stigma related to receiving mental health services might be one variable that influences individuals’ willingness to self-identify as having psychological distress and eating disorder symptoms. Mendoza and colleagues (2015) found that mental health stigma predicted help seeking attitudes and recognition of need of psychotherapeutic help in a sample of Latina college students (N = 129). In another study, individuals who self-reported a history of eating disorders had greater tolerance of stigma related to receiving mental health care when compared to those who did not self-report (Higgins, Bulik, & Bardone-Cone, 2016).

Similarly, in a national epidemiological survey of Latino households in the U.S., of those who reported awareness of a problem with at least one symptoms (overweight, binge eating, or weight control), only one fifth to one third of Latinos in this sample reported ever receiving treatment for an eating disorder (Alegria et al., 2007).

Provider variables. Clinicians working with Latinas should take care to assess eating-disorder symptoms in their patients in a manner that is culturally sensitive. Some research has documented that a bias exists both in the general U.S. population, as well as in the clinical population, specifically regarding the incidence of eating disorders in U.S. Latinas. One study found that U.S. undergraduates were less likely to detect disordered eating behaviors in Hispanic and African-American women than in White women, when participants read a passage about an adolescent-reported eating disorder symptomatology that only varied in the race of the patient (Gordon et al., 2002).

Consistent findings have emerged with clinician samples. Becker and colleagues (2003) reviewed data from 9,069 participants in a two-wave educational and screening program for eating disorders. The authors found that Latina/os were less likely than Whites to receive a recommendation or referral for further evaluation after screening (even after controlling for severity of symptoms), and less likely to have been asked about eating disorder symptoms by both physicians and mental health professionals (although only at the trend level for mental health professionals; Becker et al., 2003). These data sets suggest that clinician bias may interfere with timely identification of eating-disorder symptoms.

In addition, some scholars have questioned whether our current diagnostic criteria accurately represent the illness presentation of Latinas with eating disorders. Alegria and colleagues (2007) point out that, in their national epidemiological survey of Latino households in the U.S., some discrepancies emerged between established criteria and the reported experience of Latina/os in their sample. For example, only six out of 102 individuals who had lower than normal weight-to-height ratios endorsed intense fear of gaining weight, a symptom that is part of Criterion B for Anorexia Nervosa (American Psychiatric Association, 2013). In addition, only eight individuals out of the 102 endorsed body dissatisfaction. Similarly, although binge-eating behaviors occurred at an elevated rate in this population, requiring as part of the assessment that both binge-eating and compensatory behaviors occur concurrently and weekly for several months decreased the number of individuals who would have been identified as having Bulimia Nervosa (Alegria et al., 2007). Binge Eating Disorder (BED), which accounts for binge eating episodes without concurrent compensatory behaviors, was formally recognized as an eating disorder in the DSM 5, and should be carefully considered when assessing disordered eating behaviors in Latinas in the U.S. (Cachelin, Gil-Rivas, & Vela, 2014).

Several overarching themes emerged from this review. First, eating disorder pathology, eating disorder symptoms, and eating disorder risk factors occur in Latinas at significant rates and across childhood, adolescence, and adulthood. This is an important finding because the widely held stereotype that eating disorders only occur in White women continues to pose barriers to identification of eating disorders in racial and ethnic minority women. Acculturative stress appears to influence the degree to which Latinas experience eating disorder symptoms. Women who experience increased stress in their efforts to negotiate differing values regarding weight and shape between their cultures of origin and broader U.S. culture might be in danger of developing risk factors for eating disorders. Thus, clinicians should, when appropriate, assess acculturative stress and explore whether any changes in eating, shape and weight concerns, self-esteem, or other weight management behaviors might be related to efforts to comply with larger U.S. cultural values.

Finally, both patient and provider barriers may hinder the recognition of eating disorders in Latinas. Regarding provider bias, the findings underscore the importance of routinely assessing for the presence of eating disorder symptoms when working with Latinas. Further, as stigma plays a role in the help seeking behaviors of Latinas in the U.S., assessment of and referral for eating disorders within primary care may provide a bridge to reach Latinas who might otherwise never have a provider ask about their eating behaviors or concerns. 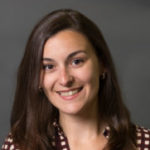