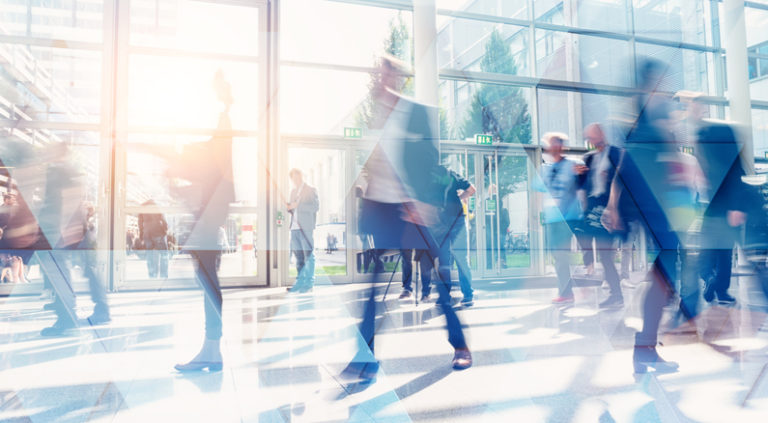 I’m Going Back to My Plough

Over the years, we have come to appreciate that the public policy/political process is a highly personal one in which those who successfully engage possess vision, long-term commitment, and perhaps most importantly, enthusiasm.  There are always unexpected opportunities to be discovered – creative ways to accomplish one’s underlying objectives.  Accordingly, I have been very pleased to receive a number of e-mails from longtime Washington State colleagues, including former APA Board Member Ruth Paige and Andy Benjamin, expressing their optimism regarding the steady RxP movement occurring within their home state, under the leadership of prescribing psychologist David Shearer, chair of the Washington State Psychological Association (WSPA) RxP Workgroup, who began his efforts in late 2017.

They have now submitted a Sunrise Application to their House of Representatives Health Care and Wellness Committee that outlines the WSPA position for why a scope of practice change is needed to permit appropriately trained psychologists to prescribe psychotropic medication.  Without question, there remains a significant access issue, particularly in rural Washington.  David reports that the House Committee has now forwarded their Sunrise Application to the State Department of Health, which will determine whether the application meets the criteria for an expansion of practice.  WSPA, which was actively involved during the public comment period, hopes to proceed with the introduction of legislation in 2021.  I was particularly pleased to learn from Keen Seong Liew, a Uniformed Services University (USU) psychology graduate student, that Antioch University in Seattle has approved the start-up of a new Masters’ Degree program in psychopharmacology, as proposed by Steve Curtis, who possesses a prescribing psychologist license from New Mexico.

On March 6, 2002, New Mexico became the first state to enact RxP legislation under the stewardship of Elaine LeVine.  Elaine: “When I was Training Director for the New Mexico State University RxP program, David was a star student because of his acumen and commitment.  He has continued to display those qualities, now, as a leader in RxP in Washington State.  So many psychologists in our psychopharmacology programs are extremely intelligent and energetic with broad visions for the future of psychology.  Hopefully, increasing numbers of these well-trained psychologists will turn their strengths toward advocacy for our profession.”

Former APA Board Member and Illinois RxP champion Beth Rom-Rymer: “As world events have so clearly demonstrated, we are all connected, in the various illnesses that we share: COVID-19 and racism, to name just two.  And we are connected in providing strategies for the betterment of humankind.  These strategies including protecting ourselves and our loved ones and our larger community by fighting for social justice, an end to police brutality aimed at all peoples, but especially toward black and brown people, the LBGTQI+ community, those who are brutalized and marginalized because they are of minority religious faiths, and those who are allies of the oppressed and the victimized.  As psychologists, many of us have been suffering silently and carrying on in our caring for others, but many have been drawing their communities closer to them.  Many of us have worked both with the law enforcement community and the oppressed communities, hoping to create change in all of the environments in which we work.

“The Health Disparities that we see among our communities of color, especially in regard to the ways in which COVID-19 has attacked these communities more vociferously, has put into sharp relief how we need to partner more strongly with these communities in providing healthcare resources.  And the racism that underlies so many law enforcement decisions must be rooted out with sustained efforts and statute and policy changes by all of us in our communities.  As psychologists, we see complex social structures as well as individual pathology.  Our expertise is needed more than ever.  Prescribing psychologists are particularly concerned about the history of prescribing practices with children and the elderly (over-prescribing) and the dearth of access to appropriate, comprehensive mental health care among communities of color, LBGTQI+ communities, and poor communities.  There’s a neglect of those communities whose needs are greatest.  Many psychologists work internationally.  Those of us who have chosen to become prescribing psychologists are working with psychologist colleagues in South America, Canada, the UK, Norway, The Netherlands, Taiwan, and we are searching for other international partners.  Not one of us is healthy if any of us is sick and vulnerable.  I am proud of the work that our APA is doing to face, head-on, our global health challenges.  We must keep changing our world so that our young colleagues, behind us, can continue the struggle to create a truly egalitarian, humanitarian society based on respect, trust, equity, and compassion.”

Last year during its deliberations on the Fiscal Year 2020 Appropriations legislation for the Department of Health and Human Services, the U.S. Senate included funding under the Substance Abuse and Mental Health Services Administration (SAMHA) account for a creative initiative which turns out to be particularly timely, given the enhanced emotional stress created by the pandemic.  “Now is the Time. — To increase access to mental health services, as set out by the 2013 ‘Now is the Time’ plan, the Committee includes an increase of $13,000,000 for Project AWARE, which is designed to identify children and youth in need of mental health services, to increase access to mental health treatment, and promote mental health literacy among teachers and school personnel.  Recent data from the National Survey on Drug Use and Health indicates that there has been a significant increase in the number of youth and young adults aged 12 to 25 reporting symptoms of major depression, serious psychological distress, and suicidal thoughts and actions.  The Committee encourages SAMHSA to sustain and strengthen its grant and other programs that support school-based and campus-based services aimed at preventing and treating mental health challenges experienced by youth and young adults.  In addition, the Committee provides an increase of $5,000,000 for the Healthy Transitions program, which provides grants to States and Tribes to improve access to mental disorder treatment  and related support services for young people aged 16 to 25 who either have or are at risk of developing a serious mental health condition.”

One of the rare benefits of the current pandemic is the opportunity to review old files and publications.  Nearly two decades ago in 2001, the Institute of Medicine (IOM) released its report Envisioning the National Health Care Quality Report in which it provided a thoughtful vision for the HHS Agency for Healthcare Research and Quality for the content and design of its annual Congressional mandated report, focusing upon those aspects of quality that should be measured.  IOM: “The quality of health care received by the people of the United States falls far short of what it should be.  A large body of literature documents serious quality problems.  There is a gap (some say a ‘chasm’) between the health care services that should be provided based on current professional knowledge and technology and those that many patients actually receive…. Enormous resources are invested in health care…an amount in excess of that spent by any other country.”  Not surprisingly, disparities in health care delivery as it relates to racial and socioeconomic factors was highlighted, as well as the importance of assessing progress in meeting national goals.

The COVID-19 pandemic clearly highlights our nation’s continuing Health Disparities, especially among African Americans who are dying at higher rates than whites, even though they make up a smaller percentage of the population, as well as those residing in nursing homes (e.g., the elderly).  The IOM opined that the main purpose of the Quality Report should be to inform policymakers and consumers, as well as purchasers and providers, about the state and progress of health care quality in the nation.  It should play a vital role in addressing badly needed quality improvement efforts by supplying a common understanding of quality and how to measure it that reflects the best current approaches and practices; educate the public, the media, and other audiences about the importance of health care quality and the current level of quality; and identify for policy makers the problem areas in health care quality that most need their attention and action, with the understanding that these priorities may change over time and differ by geographic location.  It was appreciated that one of the main problems with process measures is that they are not always directly linked to a significant health-related outcome that is of interest to the policy community.  One of the reoccurring themes during our ongoing USU policy seminar is the importance of presenting data in a manner that is appropriate for one’s target policy audience.  Today’s pandemic experience would strongly suggest that, most unfortunately, the IOM recommendations made nearly two decades ago were not followed.

Reflections from the Past

Trying to recall the American Psychological Association’s (APA) 125th anniversary and my Presidential term in 2017 seems eons ago, but with the latest events including APA’s budgetary challenges, a PTSD-like experience has surfaced from deep recesses of my temporal lobe and now resides inside of my active frontal one.  During my first meeting as President-elect designate in December of 2015, I walked in with two seriously unexpected problems – the aftermath of the Hoffman Report (or the Independent Review questioning the role of APA in national security interrogations), and a $9 million projected budget deficit.  The Hoffman Report particularly produced significant direct loss and collateral damage to APA, psychology, and individuals.

“Some of the direct losses were obvious, difficult, and downright sad.  We lost a significant part of the APA’s Executive Management Group and our Chief Executive Officer.  Collateral damage resulted in all that was written about in the extensive Hoffman Report and problems that emerged because of the report: economic, legal, personal, organizational, and psychological.  People’s lives and careers were affected, APA’s credibility was called into question, membership was lost, and the list went on and on.  To complicate matters, we were running a sizeable budget deficit that restricted organizational response and function.  We were rudderless in the middle of the ocean in the midst of a hurricane, and I was assuming its helm.

“However, inside this chaos appeared opportunities that would never have been achievable if everything had been going well.  As with any ship in a storm, everything was on the deck for consideration to be thrown overboard.  With collaboration, courage, risk-taking, strategy, and vision as well as good fortune, APA survived and even prospered.  That 2017 projected budget deficit was turned around to a $2.7 million surplus by year’s end.  An era of transformation emerged, which we are in the midst of with a stronger APA, a clearer vision and a deep focus on advocacy, appreciation of demographic and intellectual diversity, heritage, and science.  From many voices, one APA.  COVID-19 and its health, economic, psychological, and societal impacts of paradigm-shifting proportions will produce a unique opportunity for the new APA to gain momentum in its transformation and its critical advocacy for a better world” (Antonio Puente).  “Back to the howling old owl in the woods” (Goodbye Yellow Brick Road, Elton John).

« How We Pay for Therapy, or, Imagine a World Without a Fee
Challenges and Considerations for Predoctoral Psychology Interns During a Pandemic »
Society for the Advancement of Psychotherapy uses cookies to provide you with a great user experience. By using this website, you agree to the use of cookies on your device. SettingsACCEPT
Privacy & Cookies Policy