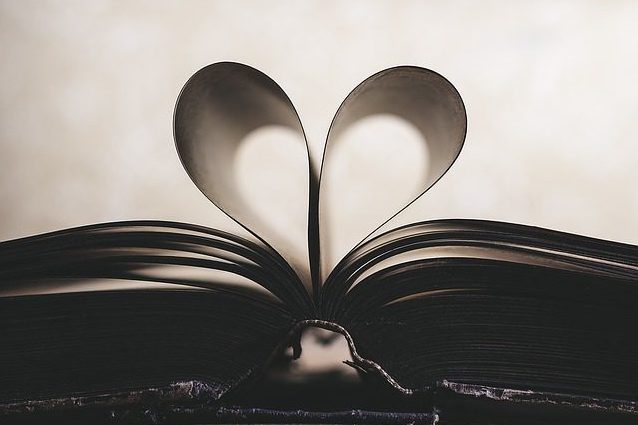 Is the DSM the Only Way to Diagnose Psychological Troubles?

Author’s Note: Endorsements of A Democratic Mind include:

“Groundbreaking – The argument for freedom of thought in our work and in our lives is emblazoned in this groundbreaking book for our times” by David Scharff, M.D.;

“Compelling – This compelling book held my interest throughout. It is written by a man who loves life and speaks with candor, clarity, and courage” by Michael Berenbaum, Ph.D.;

“Empowering – Charny offers readers an approach to assessment and psychotherapy that is firmly grounded in democratic, life-affirming values, and that emphasizes the choice between good and evil” by Susan McDaniel, Ph.D.

A Proposal of Two Critical Questions for All Psychological Diagnosis

I am now publishing a sequence of two books with Lexington Books. The first is A Democratic Mind: Psychiatry and Psychology with Fewer Meds and More Soul, and the second is Psychotherapy for A Democratic Mind: Treatment of Intimacy, Tragedy, Violence and Evil.

Psychotherapy for a democratic mind means being good to yourself and to others and not harming life.

The two questions are separate questions, but together they give the overall diagnosis in common sense terms, and without remaining stuck only on a person’s relationship to oneself and their personal difficulties. Just as one can harm oneself, one can do harm to others – an issue that is largely lost in the DSM world where emotional disturbances are treated as if they are the medical illnesses of an individual patient and have nothing to do with the patient’s relationship to others in their life.

Beyond treating symptoms of mental pain and disorder, psychotherapy for a democratic mind cultivates a self-accepting and free mind that embraces life and does no harm to others. It also seeks to treat emotionally based violence (not on an ideological basis) and human evil, fearsome subjects that are largely avoided in much of the literature on psychotherapy.

For the most part, psychiatry has continued a medical tradition of concern with an individual’s own pain and defects, and has not given much attention to what people are doing to others in their lives and what their impact is on others -- beginning with one’s own family or colleagues.  But it is clear that the impact of how we are treating others, whether we are kind, cruel, caring, indifferent, genuine or manipulative very much comes home to roost in our various mental health difficulties.

I propose that all psychiatric-psychological diagnoses be based on two ‘back to back’ (like two views of DNA) questions:

Either is a basis for diagnosing bona fide disturbance, so that among other things we at last have a conceptual basis for defining top functioning people who are ruining other people’s lives as disturbed, including those M. Scott Peck identified in his best seller as “People of the Lie.”[i]

Working with this new approach to psychopathology, we also have a basis for studying both old traditional psychiatric conditions as well as a good number of new often fascinating symptom pictures, such as kids who don’t leave their parents’ homes (and often take over as dictators); Sudden Death Syndrome (migrant workers from Asia in particular), where a person may die from a psychosomatic crushing of his very breath of life without a sufficient organic cause; violent killings in Columbines; or “People of the Lie” who look fine while driving someone else to a bad place in life. None of these and a good number of other disturbed living conditions are included in the current DSM which is so busy with the forest for the trees and takes a long while to recognize new previously unnamed disorders.

Loving Life and Doing No Harm to Oneself or Others

The concept of psychology for a democratic mind enables us to address several issues that have long been neglected in traditional psychology. Two of these are the treatment of emotionally triggered violence (not ideological violence) and the treatment of evil.

For the most part issues of violence – such as by marital and other partners or between parents and children (in either direction, of course) – are not treated as such, even by therapists who really attempt to address life issues for what they are and not as medical symptoms. They are generally seen as problems deriving from other major and more real issues.  The prevailing theory is that if you treat the relationship disturbance you will remove the need and readiness to be violent.  However, the facts are that violence is an immediate behavioral crisis – using medical terms like a hemorrhage that needs to be treated immediately – and for these therapists have virtually no tools other than management procedures such as calling the police or another legal institution, such as invoking social worker authority to remove people from homes. In at least one case I called for the help of the patient’s minister who arranged for a member of the church to stay in the house for the weekend and keep an eye out for the welfare of the children who were the objects of the mother’s potentially deadly violence.

The therapeutic approach I propose is based on a synergy of two critically important techniques.  What is fascinating is that either of these techniques alone, without the other, is basically ineffective.  It is the simultaneous use of both techniques and the two different levels of support they offer to the potentially or already violent patient that are impressively successful (this sentence needs slight rewording). Obviously I cannot say that they are always successful, but I can report in the many such instances in which I have intervened, including powerful teenagers with knives and at least one adult male with a pistol that he was planning to use on his unfaithful wife, this synergistic technique worked wonders, and to date I have never been injured in any one of the no few situations of violence that I have confronted.

Technique #1 is to say –in truth it is to yell – to the patient, “You know that it is absolutely wrong to do real physical harm to another human!”

Technique #2 is to be done simultaneously and is to say – in effect together with the first technique statement – “I understand your anger!  I respect your anger and the causes of it as real!  And I am going to help you to use this anger to help you straighten out your life!”

These are not quiet analytic reflections offered ‘maturely’ by the therapist to the patient for their inner growth.  They are an effort at immediate binding of the hemorrhaging.  The therapist does not have to be – and in most cases should not even try to be – ‘professional’ or dignified, but needs to speak with the passion and conviction of a human being who knows what is right and wrong  and truly wants to help.

The second topic that has been so neglected in our traditional psychotherapy literature and in conceptualizations of the basic psychology of our species of human beings is the confrontation and treatment of evil.  The word “evil” is almost forbidden for use in our professional lexicon.  When therapists are presented with say a marital partner or a tough teenager who are obviously committing downright evil actions, and the more so when it appears that personality-wise they are people who are on a basically evil path in their lifestyle, it is not really appropriate for therapists try to get at the root of the complaints, unfairness, and needs in the relationship. The hope that clearing up the ‘real’ underlying problems and emotional needs will stop or at least reduce the readiness to act in an evil way will generally fail.  Unfortunately, the results of therapists’ efforts to meet violence or other evil with kindness and goodness more often than not are quite poor.

Here, unfortunately, the treatment procedures I know to propose are more limited and less promising than was the case in the previous discussion of treating eruptions of emotional violence.  Still there are some constructive therapeutic interventions that can help reduce the degree of pain and suffering of those who are being victimized, and can contribute to a lessening of the evil actions.  What I emphasize most of all is helping patients to respect their inner intuition and feeling that they are dealing with bad behaviors and quite possibly a bad person.  This conclusion obviously needs to be examined carefully, and it is important that the victim person share their experiences with others such as a therapist and check out whether there is a consensus that their conclusion is correct.  However, what people need and most often do not get is encouragement to come to their conclusion and act on it without feeling guilty.  So many victims go on being victimized for indefinite periods of time.  They obviously know they are being hurt, but they cannot figure out that there is somebody who is systematically out to hurt them who needs to be stopped.

It is stopping the evil actions and person that we therapists do least effectively and about which we are least equipped to counsel our victimized patients, but again there are some interventions to be made that are better than falling into a passive position.

Psychotherapy for a democratic mind does not degrade or oppose most other recognized therapy techniques, but shifts the focus of many of them on goals or ends in their own right to remove painful symptoms to a broader emphasis on how a person is living out their life and how they are healing both themselves and others, and whether, purposely or inadvertently, they are doing harm to LIFE.

Charny, I. W. (2018, April). Is the DSM the only way to diagnose psychological troubles? [Web article]. Retrieved from http://www.societyforpsychotherapy.org/is-dsm-the-only-way-to-diagnose-psychological-troubles 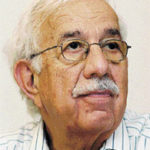 « Qualitative Exploration of Acceptance and Commitment Therapy as the Core Treatment Modality in Two VA PTSD Residential Programs
Our Esteemed National Leader—Dr. Ronald Fox »
Society for the Advancement of Psychotherapy uses cookies to provide you with a great user experience. By using this website, you agree to the use of cookies on your device. SettingsACCEPT
Privacy & Cookies Policy