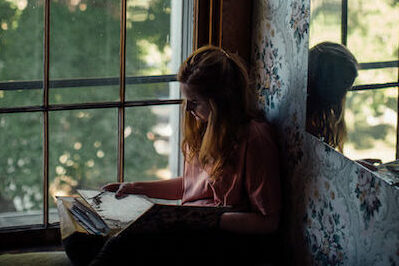 Internet Editor’s Note: Ms. Simmons recently published an article in the Bulletin on “The Importance of Learning to Give and Receive Critical Feedback.” You can access a free copy of their journal article here.

When I began graduate school, as a child of the 90s, I thought I was punked into a game of competitive Minesweeper, the classic computer game won by avoiding bombs. I was taking risks, questioning the status quo and, in my mind, attempting to obtain a quality education, which includes feedback from my peers. By no means am I suggesting my experience is representative of every graduate student in clinical psychology programs. But dedicated as I am to reaping maximum benefits in exchange for the remarkable cost of professional training at a private institution, this was my personal experience.

I learned that in the “culture of nice,” my colleagues seemed to equivocate safety with comfort, throwing up flags where no mine exists, just a fear of inadequacy. I relish my incompetence. How else can I find room to grow?

Toward the end of my first year, I was fortunate to be assigned a supervisor who recognized my struggle. She told me I need to learn to rock the boat without flipping it and drowning underneath. I do not enjoy Minesweeper any more than I enjoy mixing metaphors. My frustration with a professional climate that valued fragility arose from a refusal to join hands with a generation of practitioners committing to mediocrity, or worse, true, patient-damaging ineptitude. This supervisor suggested I meet with a faculty member who had a similar orientation to training.

After meeting with “Dr. K,” I became aware of the privilege housed in being able to give feedback and not become blasphemed by the title of unprofessional student and, in my case, angry woman. I asked him how I could stick with my values of providing and soliciting feedback without setting off a bunch of offended bombs. I asked him how he had learned to navigate the culture of nice. He smiled and reminded me of his tenure.

In the first day of class with Dr. K, he described his experience of the “culture of nice,” where he is a bumper car among people thinking they are actually on the wide open road. Training is precisely the setting where we make mistakes and learn from them. If our perception of feedback as hurtful prevents us from trying new things, we will make ourselves into pretty horrible therapists for our clients. Exacerbating this egregious oversight in clinical training is the fact that in the therapeutic relationship, we are not among our peers. We are with people less disposed to provide us with feedback by sheer virtue of the power dynamic. If we are too fragile and obstinate to benefit from the feedback of peers, it does not bode well for our work in therapy, where many clients need us to be robust to their complaints.

While I advocated for the return of a formalized peer feedback process in my program, I also learned that while I worked to change the system, I still had to function within it (or at least keep from pissing off people who could get me kicked out). When Dr. K called out my misuse of a behavioral term and identified me as a kindred bumper car in that first class, I realized there was nothing wrong with bumping around and trying to discuss other peoples’ opinions and share our experiences. Not only is there nothing wrong with this process, but it is truly the only way to challenge ourselves to be better.

But bumping around need not be conflated with being an asshole. I am not advocating for boundary violations or other gross abuses of power. During clinical training, such acts are often modeled by our supervisors and professors under the guise of “learning to sit with discomfort.” We become endowed with the responsibility to distinguish between exploitative harassment and difficult, but substantive, feedback. In other words, there is a difference between saying, “I didn’t rear-end you; you’re driving too slow,” and jointly investigating the accident to become better drivers. This seems to be the big idea behind intersubjectivity, to make sense together, but it requires an air of fallibility.

We have to be willing to interrogate our own motivations and, less so, those of others. During an LGBTQ training, I became frustrated when the instructor presented sexual orientation categorically rather than fluidly. I raised my hand within the first few minutes of the training and asked whether this categorization perpetuates out-group othering for sexual minorities in a heteronormative culture. The teacher gave me a snarky, “Can I get to it?” Had I been more critical of my own motives, I might have noticed the flare of my trigger-happy social outrage and contributed to the discussion at a more appropriate time.  As it turned out, the instructor later approached me to apologize. My over-trained, postmodern orientation to social justice bumped right into his need to teach students receiving this material for the first time without a spoiler from a passionate, but defensive student.

Another thing I learned was to critique behavior, not character. During my first formal evaluation, my supervisor reflected that he saw me as oppositional and subversive. I felt confused and hurt by this feedback, but I took pause. I asked him for specific examples, and he referenced my tendency to pose questions like, “How did you arrive at that idea?” Once I knew what we were talking about, I could absolutely understand his impression of me. But this achievement hinged on his gift to me of naming what I actually did. Rather than telling him he was being defensive because he felt threatened by my inquisitiveness—the truth he offered to me upon reflection, but not a particularly productive comment had it come from me—I explained my motivation for asking. I respected his expertise and wanted to understand his clinical judgment so that one day I, too, could hope to employ his skill in my own work. This exchange fundamentally altered our supervision meetings.

More helpful feedback came from a fellow extern at my practicum site. I had confided in her my frustration with a professor who did abuse theory to justify misuse of his own power. I was being gaslighted. I was buying into his conviction that I was flawed and fragile, an angry, hypersensitive woman, because I was unwilling to concede my physical space.

In telling my colleague about this incident, she did not tell me what to do, or what I should believe, or make sweeping statements about old, straight, white men in academia. Quite the contrary. She told me, “Check in with your confusion.” This is perhaps the cornerstone of professional growth. We can open ourselves to the unavoidable and necessary growing pains of feedback, but we also have to decide where to go from there, deciding what we will strive for, and what we will sift through and discard. Cherish that confusion, because it spurs the need to seek answers, find opportunities for growth, change and evolve. If we are not confused or uncertain, we doom ourselves to neophytic ignorance.

Simmons, A. R. (2017,  April). Learning like a lion instead of a lemming.  [Web article]. Retrieved from: http://www.societyforpsychotherapy.org/learning-like-lion 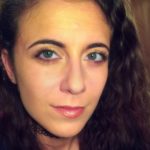