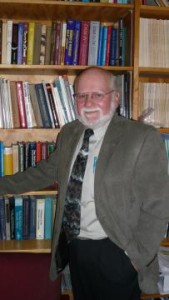 Dr. Gelso received his doctoral degree from Ohio State University in 1970. After working at the University of Maryland counseling center for 12 years, he joined the Psychology Department as a fulltime professor in 1982 and became an Emeritus Professor in 2013. His theoretical, research, and clinical interests focus on the patient-therapist relationship in psychotherapy.

Dr. Gelso states: “I have theorized that all therapeutic relationships consist of a working alliance, a personal or ‘real’ relationship, and a transference-countertransference configuration. Although these components all are rooted in psychoanalytic theory, my attempt has been to theorize about and empirically investigate their operations in diverse psychotherapies. I have empirically studied all of the elements of this tripartite model and my research program along with clinical experience has allowed me to write book-length treatments of two of the components: countertransference (Gelso & Hayes, 2007) and the real relationship (Gelso, 2011). I am now beginning a book on how the tripartite model operates in the practice of psychotherapy. My other main area of interest is research training in applied areas of psychology, particularly clinical and counseling psychology. Here I have developed a theory of the ingredients of training that, when present, facilitate graduate students' interest in, self-efficacy about, and production of research during their graduate training and afterwards. The product of over three decades of research on this theory has been presented in a recent publication (Gelso, Baumann, Chui, & Savela, A., 2013). I have also conducted individual psychotherapy throughout my career, and I currently see patients through my private practice. My approach to treatment is psychodynamic, although I do integrate other theories as is indicated.”

In 2007, the Division’s Board established the Division 29 Award for Distinguished Contributions to Teaching and Mentoring, with the first award presented in 2008.

The criteria for receipt of this award are as follows:

Application materials should include:

Individuals who were nominated in previous years for the Teaching and Mentoring Award may carry over their complete application to a subsequent year by writing a letter to the Chair of the Professional Awards Committee requesting resubmission of the previous application.

Award recipients receive an honorarium of $500 and an award plaque from the Division at the Division’s Awards Ceremony at the APA Convention.

Deadline for nominations for this award are January 1 of each year.

All items must be sent electronically.  The letter of nomination must be emailed to the Chair of the Professional Awards Committee, Dr. Armand Cerbone at arcerbone@aol.com.