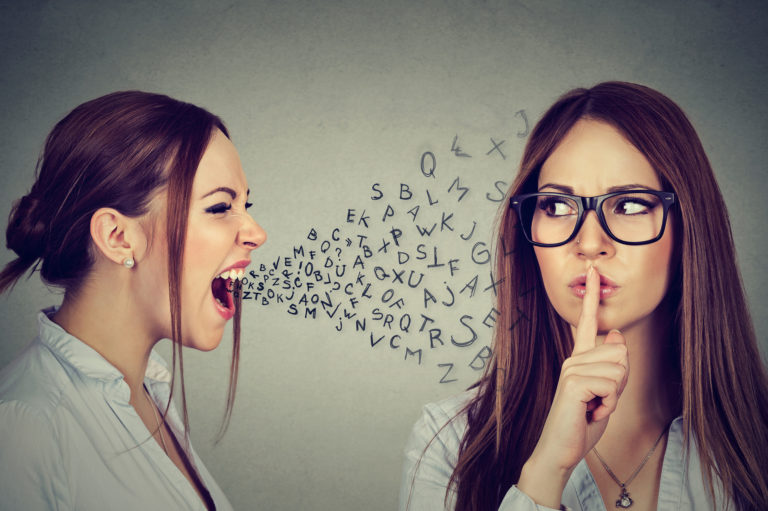 Microaggressions have been linked to reductions in psychological and physical health (Sue, 2010). The term racial microaggression is a term first utilized by Pierce (1970) to describe the subtle, jarring, typically automatic or unconscious, verbal and nonverbal exchanges; often perceived as understated, insulting “put downs” directed at people of color. Sue et al. (2007) did extend this definition and determine the various types of microaggressions. The American Psychological Association (2003) stresses the importance of being aware of oneself as a racial and cultural being, as well as being aware of the cultural worldviews of one’s clients. Unfortunately, reinforcing stereotypes that endorsed or inﬂuence microaggressions tend to evade these recommendations (Sue et al., 2007). The extant literature explains that when microaggressions occur, it can be difficult for the individual perpetrating the microaggression to hear, understand, and empathize with the person they have offended (Sue et al., 2007). The consequences befalling the victim of the microaggression is then twofold (Sue, 2010). First, the victim is struck by the initial insult caused by the microaggression, then by invalidation accompanying the denial of the insult by the perpetrator (Sue et al., 2007). Frequently, the perpetrator behaves in a manner that reverses roles, leaving them as the perceived blameless victim in the situation when this is not the case at all (Sue et al., 2007).

Microaggressions have been explained as subtle, everyday exchanges and insults—often automatic or unconscious—that send degrading messages to a target on a behavioral, environmental, verbal, or institutional level (Sue, 2010; Sue et al. 2007). This means the individual committing the microaggression is often unaware of the offense and often becomes defensive, even hostile verbally or behaviorally, when informed of the slight (Sue, 2010; Sue et al. 2007). Despite clear evidence to the contrary in the literature (see, e.g., Bonilla-Silva, 2003), there is frequently denial due to a total lack of belief that entire harmful construct of covert racism even exists. This constant invalidation leaves some victims of microaggressions questioning the validity of their own experiences, confused, hurt, angered, and further marginalized (Sue, 2010; Sue et al. 2007; Sue & Sue, 2003). This may even lead some to seek the support and assistance of psychotherapy. Unfortunately, even psychotherapists have inherent biases, and these are not always kept secret from the client. They arise through microaggressions, even in the therapeutic setting, with similar denial patterns replaying, potentially leaving the client feeling paranoid or betrayed by the therapeutic process (Sue, 2010; Sue et al., 2007).

Microaggressions Directed at the Client

Psychotherapy is generally thought of as a safe and nonjudgmental place for the client to address a given therapeutic concern. Yet microaggressions communicate that the client is unwelcome and will receive inappropriate treatment, thus leading to an underutilization of services (Beutler, Blatt, Alimohamed, Levy, & Angtuaco, 2006; Zane, Hall, Sue, Young, & Nunez, 2004) and premature termination (Sue, 2010). Prejudicial attitudes have a negative impact on therapeutic outcomes (Beutler et al., 2006; Brondolo, Ng, Pierre, & Lane, 2016; Poussaint, 2002), even when the expressed attitude is implicit or unintentionally expressed. This is likely due to significant ruptures in the therapeutic alliance. Failure to attend to microaggressions in psychotherapy reveals a lack of awareness, introspection, and empathy on the part of the perpetrator. A study by Bohart, Elliot, Greenberg, and Watson (2002) found that when clients feel empathy within the therapeutic environment as a whole, significant positive change outcome is more likely (d = 0.68). Likewise, when there is a lack of empathy or perceived bigotry is present, the relationship’s level of trust and therapeutic outcomes plummet (Brondolo et al., 2016). Instead of responding with denial, anger, and ridicule, psychotherapists should simply listen to the client’s reality so that growth, learning, and acknowledgment of experience may occur.

Within professional and interpersonal contexts, the psychotherapeutic relationship may be the only place clients find the safety to challenge microaggressions and normalize their life experiences. As professionals, psychotherapists have the responsibility to be multiculturally competent (APA, 2003; Sue, Zane, Nagayama-Hall, & Berger, 2009b). Competency involves the ability to self-assess and reflect on how one's own view of the world, attitudes, beliefs, and behaviors can differ and affect clinical work involving culturally diverse individuals (Comas-Díaz, 2012). Some recommendations to improve clinician’s competency related to microaggressions and psychotherapy include: avoiding immediate offense when confronted with the notion that a microaggression has been committed (Sue et al., 2007; Sue & Sue, 2003); acknowledgment and awareness of self-biases; avoiding assumptions; being open to other worldviews; considering every encounter as multicultural; increasing contact with culturally diverse individuals; empowering the individual clients, and having conversations about difficult topics, beginning in graduate programs (Comas-Díaz, 2012; Sue, Lin, Torino, Capodilupo, & Rivera, 2009a; Sue & Sue, 2003).

Microaggressions Against the Psychotherapist

There is limited literature that is available examining the dynamic of an opposite interaction (minority psychotherapist with majority identity client; Turner, 2012). The lack of literature may implicitly reiterate the complexities and discomfort that may be involved with having a difficult dialogue about race (Knox, Burkard, Johnson, Suzuki, & Ponterotto, 2003; Sue et al., 2009a). Literature has shown that African-American psychologists experience microaggressions outside of psychotherapy and within professional settings, which further adds to their level of stress (Clark, Anderson, Clark, & Williams 1999; DeLapp & Williams, 2015). Therefore, racial minority psychotherapists may find it difficult to provide services to a client who continues to commit microaggressions, as a result of the relentless nature of the exposure to microaggressions, both within the psychotherapy room and without. Clients may not be aware that their behavior is causing tension to arise in the session. Psychotherapists are products of their surroundings and family belief system, just as all humans are. However, clients may not have been introduced to differing beliefs, which makes it difficult to understand the minority culture perspective; this lack of understanding may manifest as microaggressions (Sue et al, 2007; Sue, 2010; Sue & Sue, 2003). In these situations, it may be beneficial for the psychotherapist to provide some psychoeducation to help clients better understand the consequences of their actions.

Given that majority culture, clients may not be exposed to the minority culture, clients from the majority culture may possess a fear of being misunderstood. Thus, clients may be tempted to question the psychotherapist’s credentials or ask questions related to stereotypes (Turner, 2012). Although these questions may arise from lack of familiarity with others, it can be perceived by the psychotherapist as a microaggression (Sue et al., 2007). Several factors may impact the psychotherapist’s perception of the client’s intent, including the location of the clinical setting. In our personal experience, each region of the United States has its own set of cultural norms that govern the behavior of most individuals. For instance, the Southern culture has an extensive history of segregation and viewing non-White individuals as inferior (Hale, 1999). Although segregation has legally ended, there are lingering effects (Hale, 1999). In a qualitative study conducted by Knox and colleagues (2003), a Black male participant confirmed this perspective and described the South as a “hostile environment” (p. 471). Thus, microaggressions may evoke a more emotional response from the victim depending on that region’s cultural history. This regional effect is present in psychotherapist’s experiences as well. Regional factors may influence the rate, and intensity to which microaggressions occur and or impact the psychotherapist, especially if the environment is perceived as “hostile.”

Confronting a client’s microaggressions may be a difficult process to navigate. Many clinicians may worry about being perceived in a negative manner or even confirming a stereotype about their racial or ethnic membership groups (Knox et al., 2003). For some psychotherapists, this can be an anxiety provoking situation. Finding the correct words to portray how the microaggressions impact the psychotherapist is a particularly daunting task. Thus, many psychotherapists choose not to address the microaggression in fear, aware that the client may demonstrate some defensiveness in the therapeutic relationship (Knox et al., 2003). Developing and implementing training which incorporates skills to specifically address microaggressions may be helpful. Microaggressions typically begin below the conscious level. Motivational interviewing can provide valuable therapeutic techniques by which the client is able to recognize the behavior, as well as move toward dialog with less defensiveness (Hall, 2006).

The implications for experiencing microaggressions can be detrimental, which requires constant self-reflection by the psychotherapist. The literature encourages psychotherapists to establish networks that could provide support during times of difficulty (Constantine, Smith, Redington, & Owens, 2008). Additionally, it may be necessary to establish boundaries within the clinical setting to allow for safe processing of microaggressions and decompression (Kelly & Greene, 2010). The client’s well-being is an important component, but it can be problematic when their behavior is impeding the process of psychotherapy. The goal remains competent, ethical practice in which the client and the psychotherapist are respected and feel safe.

It should also be noted that microaggressions may occur during any phase of a mental health professional’s career. While professionals with more established professional networks may have trusted individuals with whom they comfortably consult and process such incidents, student trainees and early career professionals may not have access to such resources. When student supervisees experience microaggressions and present these experiences within the context of supervision, supervisors sometimes communicate invalidation and lack of empathy toward the supervisee’s experience, rather than support and knowledgeable guidance. These invalidations by the supervisor can result in the perpetration of further microaggressions against the trainee, potentially causing damage the supervisory relationships and trainee efficacy. The same awareness, knowledge, and skill required for multiculturally competent psychotherapists (Sue, Arredondo, & McDavis, 1992), should be present within supervisory relationships. Remaining aware of personal bias, beliefs, and attitudes, as well as associated behaviors helps to promote competence (Sue et al., 2009b), as well as guide improved reactions to trainee’s experiences with microaggressions. The compounding effects of microaggressions take a toll on the mental health professional, self-compassion is an especially pertinent to employ as the effects can sometimes be confusing (Sue, 2010). Due to the widespread occurrence of microaggressions, psychotherapists at every stage of development should consider addressing microaggressions within the context of their own personal psychotherapeutic relationships as a form of self-care and competence maintenance. 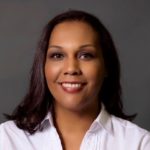 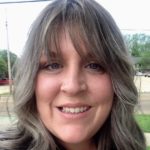 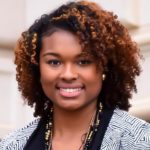