Mid-Career Award for Distinguished Contributions to the Advancement of Psychotherapy

The awardee will receive a cash honorarium of $500 and up to $500 reimbursement for qualified expenses to attend the Society’s Awards Ceremony to be held at the annual APA Convention.

Nominees should be no less than 10 years and no more than 20 years post-doctoral degree. All nominees must be members of the Society for the Advancement of Psychotherapy (APA Division 29).

Mid-Career Awards for Distinguished Contributions to the Advancement of Psychotherapy

Dr. John Pachankis is an Associate Professor of Public Health with tenure at Yale and the Director of the Esteem Research Group in New York City. His research seeks to bring evidence-based mental health interventions to LGBTQ people in the US and around the world. With NIH funding, including three current R01s, he examines the efficacy of LGBTQ-affirmative interventions delivered via novel technologies (e.g., smartphones), in diverse settings (e.g., Eastern Europe, Appalachia), and with diverse segments of the LGBTQ community (e.g., rural youth, queer women). He has published over 100 scientific papers on LGBTQ mental health and stigma. This work appears in journals such as Psychological Bulletin, American Psychologist, Developmental Psychology, Journal of Consulting and Clinical Psychology, AIDS, and Health Psychology. He has also recently co-edited the Handbook of Evidence-Based Mental Health Practice with Sexual and Gender Minorities published by Oxford University Press. His research has had national and international scholarly, legal, and popular impact, having been referenced in national professional guidelines for LGBTQ mental health practice, cited in numerous amici curiae briefs before U.S. state and federal courts, including the U.S. Supreme Court, and featured in national and international media outlets. He received his Ph.D. in clinical psychology in 2008 from the State University of New York at Stony Brook and completed his clinical psychology internship at Harvard Medical School / McLean Hospital.

Brad Brenner, Ph.D. has built a multi-city private practice with offices in Washington, DC and New York City to provide psychotherapy that emphasizes the ideals of Counseling Psychology. This emphasis includes reinforcing the mutuality of science and practice, an overarching orientation towards growth and strength, LGBTQA+ and multicultural competence, and ensuring that the next generation of practicing psychologists is well equipped with the skills and technology needed to broaden therapy’s reach. Recognizing that high-quality and accessible psychotherapy is best supported through intensive, thoughtful training Dr. Brenner established two training programs. One is a postdoctoral fellowship and the second is the Capital Therapy Project, a community-based psychotherapy training institute providing lower fee individual therapy and career counseling staffed by predoctoral externs.

Mid-Career Awards for Distinguished Contributions to the Advancement of Psychotherapy 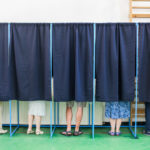 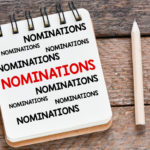 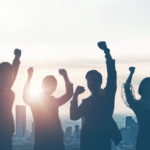 Nominations Wanted for Student Member of the Publications Board 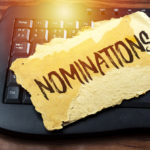 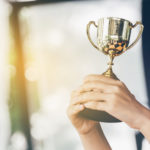