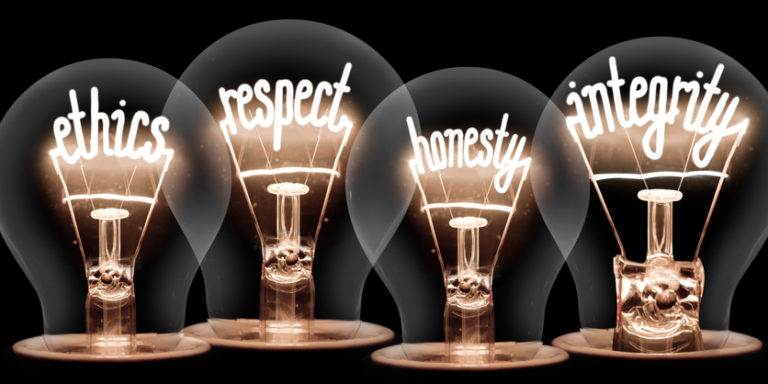 Psychotherapy Bulletin Editors’ Note: Please send your psychotherapy research-, practice-, and training-related Ethics questions to Apryl.Alexander@du.edu. Please note that questions may be selected by Dr. Alexander for inclusion in Psychotherapy Bulletin or on the SAP website/social media platforms at her discretion, and not all questions may be answered. In addition, information provided to Dr. Alexander and SAP in this context is for the purpose of furthering public knowledge and discourse around ethical issues, and will not be kept confidential.

Clinical Impact Statement: Psychology is susceptible to similar changing dialogues about ethics. Although our ethical principles and guidelines have remained the same, ethical dilemmas encountered in practice, teaching, supervision, and research are constantly evolving. Further, the role of psychologists in non-traditional contexts is also evolving. The present article introduces a new format of the Ethics section of the Psychotherapy Bulletin in which readers will be invited to submit questions about ethics-related topics and dilemmas for Dr. Alexander to address quarterly. This format will be useful for psychologists in “real-world” settings in discussing modern-day ethical considerations.

In late 2018, Chinese scientist He Jiankui revealed that twin girls had been born from embryos he had created using genome editing (referred to as the “CRISPR babies” after the molecular tool used that may render them immune to HIV). Internationally, legal and ethical debates quickly began. There is a fear that other scientists will engage prospective parents into gene altering without fully discussing risk to the child and potential risk to future generations. In the United States, Congress has prohibited the Food and Drug Administration (FDA) from conducting embryo editing clinical trials and the National Institutes of Health (NIH) cannot fund such research. With emerging science, medicine, and technological advances, new ethical challenges are presenting rapidly.

Psychology is susceptible to similar changing dialogues about ethics. Although our ethical principles and guidelines have remained the same, ethical dilemmas encountered in practice, teaching, supervision, and research are constantly evolving. For instance, use of technology within psychology has been a frequent topic at various conferences. Recordkeeping, tele-mental health security, social media access, use of virtual and augmented reality, and many other topics have been discussed, but the opinions on proper ethical decision-making are varied. As another example, when I was in graduate school, we used sand trays, games, and puppets in our play therapy course and clinical practice with children. Now, registered play therapists are having discussions on the ethical use of technology, such as online games, Youtube, and a sand tray app (!), in their work (Altvater, Singer, & Gil, 2018). Even as an early career professional, I did not think of how I must recalibrate my thoughts on the implementation of such technology so quickly. In a study by Harris and Kurpius (2014), more than 80% of psychologists who conducted an online search of their client indicated they never obtained consent, did not document the search in their client’s file, did not consider it to be a possible breach of confidentiality, and never discussed the benefits or consequences of the search with their client. Are all these behaviors unethical? Unprofessional? What are the next steps in addressing online client searches? Clinicians and researchers have discussed the dark side of professional ethics, which speaks to psychologists believing they are behaving ethically by disproportionally emphasizing their own beliefs and values over professional ethics (Knapp, Handelsman, Gottlieb, & VandeCreek, 2013). Continued dialogue needs to be had in these ambiguous (or not-so-ambiguous) scenarios to help improve ethical decision-making in these emerging areas.

Further, the role of psychologists in non-traditional contexts is also evolving. Consultation and assessment in public, private, and non-profit sectors, work with legislators, and work in international contexts are all blooming areas where psychologists need to navigate their ethical decision-making abilities in ways that may be different than traditional clinical and research settings. Again, required continuing education in ethics can be helpful, but many of those trainings continue to cover broad topics—avoiding topics that may be relevant to sub-specialties within psychology or emerging areas of concern. As an example, psychologists are becoming involved in tasks related to public policy and legislation that where few guidelines have been developed. With many states discussing “red flag” legislation (i.e., gun violence prevention legislation aimed at allowing family members or law enforcement to petition for removal of one’s gun ownership if they pose a risk to others or are in a mental health crisis), psychologists may be increasingly called upon to assess individuals for their ability to own a firearm. Can you identify the core areas of assessment that need addressed? Are you familiar with the legislation? Are you adequately and competently trained to answer the psycho-legal question? Although researchers and clinicians are addressing the emerging topic (Kangas & Calvert, 2014), peer-reviewed articles may be inaccessible to some professionals.

In recognizing my status as an academic and conducting work within the subfields of clinical and forensic psychology, the subject matter I discuss in this column may be narrow in scope. For instance, if a practitioner were to ask me about ethical considerations involving emotional support animals, it is a subject I have given little consideration.

Therefore, I want to begin to invite readers to submit ethical dilemmas quarterly and I will address them given the current literature (or consult with an expert!). This will allow for the opportunity to address problems in “real time” and create a dialogue on the challenges that readers are facing in their work. I look forward to your questions, topics, and de-identified scenarios!