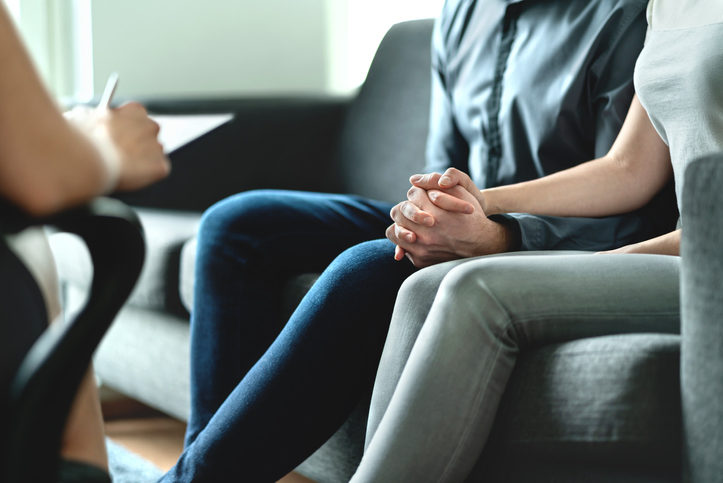 Navigating the Empathic Process During a Global Pandemic

Increasingly, clinical psychology literature points to a relationship between therapists’ self-regulation and their capacity to effectively treat patients.  Indeed, theorists have suggested that therapists’ self-regulation – including their capacity to be self-reflective and mindful with patients – tends to facilitate therapeutic empathy (Buechler, 2008), rupture resolution (Safran & Muran, 2000), and mutual recognition (Benjamin, 2018).  In the last couple years, research has validated the relationship between effective treatment and a form of therapist self-regulation called reflective functioning (Cologon et al., 2017; Reading et al., 2019), defined as the capacity to understand the actions of ourselves and others in terms of internal states.  Amidst the current COVID-19 pandemic, which is a collective trauma marked by tremendous levels of stress world-wide, therapists’ reflective functioning should be underlined and highlighted.  The current article draws on an example of one presenting problem, in order to delineate how therapist reflective functioning operates in the empathic process, and to describe the negative impact of trauma on this process.  The paper closes with recommendations for training.

The Empathic Process, and the Development of Interpersonal Boundaries

To illustrate how therapist reflective functioning operates in the empathic process, I will draw from an example of a presenting problem that is common to many patients; that is, difficulties with intimacy that stem from poor interpersonal boundaries.  To begin, when a person is raised in an environment where their primary caregiver unpredictably attended to their needs, their relational patterns will tend to include consistently feeling intruded upon; in turn, they would also lack the capacity to clearly differentiate between self and other (Siegel, 2020).  To defend against the overwhelming anxiety instigated by poor interpersonal boundaries, such individuals tend to split (e.g., to see oneself and others as “all good” or “all bad”; Lopez, 2001) and rely on the defenses associated with splitting (e.g., idealization, devaluation, and projective identification).  In this way, having been consistently intruded upon engenders a willingness to intrude, or – at the very least – jump to conclusions about others’ internal states.  Yet, when neither person’s interpersonal boundaries are seen in a relationship, neither person’s “true self” is known; such is the interpersonal problem that many people enter therapy wanting to resolve.

Empathic therapists who are reflective would recognize the particular interpersonal rhythm formed between themselves and patients with poor interpersonal boundaries (Benjamin, 2018).  These therapists are also likely to have trained themselves to reflect, and refrain from acting on, the intra-psychic pull to enact boundary-crossings that are familiar to such patients.  Indeed, as many theorists contend, therapeutic empathy involves resonating with another’s emotional state, while acknowledging the inherent emotional separation between oneself and another (Rogers, 1975), whether through reflecting on one’s own boundaries (Ehrenberg, 1992), emotion regulation (Buechler, 2008), reflective functioning, or co-regulation (Holmes & Slade, 2018).

The empathic therapist’s acknowledgement of the emotional separation between them and their patients could be upsetting to patients, particularly if they are preoccupied with certain needs (e.g., for idealization or mirroring) and cannot find gratification in the therapist’s reflective actions.  For this reason, the therapist’s successful navigation of the empathic process could initially lead to ruptures in the alliance, marked by the patient’s withdrawal or confrontation.  Yet, therapeutic empathy would include repairing these ruptures, by dialectically resonating with and co-regulating the patient’s emotional experience (McIntyre & Samstag, 2020).  By way of witnessing the therapist’s reflective functioning, in such moments, the patient is given something much deeper than the instant gratification of their needs: instead, the patient gains an unobstructed view of their own mind through the therapist’s eyes.

As time goes on, and the patient continues to self-reflect, they start to identify with the observing mind behind their defenses, expectations, and projections.  Through the process of embodying their true self, the patient – who once struggled with interpersonal boundaries – then grows relatively immune to manipulation by others.  Interpersonal intrusions that were once welcomed, perhaps with excitement or affection, are suddenly met with alarm.  As the patient heals, they may appear dismissive to outsiders; their outlook may even seem overly distrustful.

Disruptions Brought on by Collective Trauma

So, what happens to the empathic process when therapist’s sense of time is disrupted by the collective trauma brought on by the pandemic, or any traumatic event, for that matter?  According to Stolorow (2011), “trauma devastatingly disrupts the ordinary unity and linearity of… the lived experience of time” (p. 434).  Amidst trauma, therapists and patients may find themselves shifting away from a reflective stance and toward a more defensive one, where it is less possible to temporally contextualize events.  As a result, therapists may be more reactive to patients’ behaviors, and relatively off balance with regard to navigating the empathic process.  On one hand, they may rely more heavily upon emotional resonance, which could lead to over-reacting to the patient’s dismissing state of mind.  On the other hand, they could privilege the cognitive processes inherent in self-regulation, leading to a tendency to see the patient’s dismissive behavior as a symptom of psychopathology, rather than a step toward growth.  It is not difficult to see the potential harm these imbalances could cause.

In the age of COVID-19, it is more vital than ever for therapists to consider how to shift back into a reflective stance, in order to mitigate the impact of their defensiveness on the empathic process.  Some authors have pointed to personal therapy as a way for therapists to develop reflective functioning (Rizq, 2008). Others have written extensively about in-depth supervision as a way to foster this capacity (Sarnat, 2012). Recent research has suggested that therapists’ self-compassion tends to enhance their emotion regulation, and improve treatment outcome, suggesting it could also be a worthwhile approach (Finlay-Jones et al., 2015). Still, other studies highlight the potential utility of therapists’ meditation practice, due to its tendency to enhance empathy (Keane, 2014) and overall patient outcome (Gepmair et al., 2007).  Drawing on this literature, it seems there are a variety of ways that therapists may enhance their ability to self-regulate.  Regardless of one’s method, the capacities that facilitate therapeutic empathy are being tested now more than ever.  It is, thus, imperative for all therapists to consider and reconsider avenues through which to enhance their reflection functioning.

The current article described how patients’ struggle with interpersonal boundaries, and intimate relationships, is approached by empathic therapists.  Emphasis was placed on the importance of the therapist’s reflective functioning, and capacity to temporally contextualize the patient’s behavior, within the empathic process.  The current article then discussed the impact of the current COVID-19 pandemic, and how this collective trauma temporarily disrupts the therapist’s capacity to contextualize the patient’s behavior, and thus, to navigate the empathic process.  Recommendations for clinical training and practice were provided.

Siegel, D. (2020).  The developing mind: How relationships and the brain interact to shape who we wre (Third Edition).  New York, NY: The Guilford Press.

An Integrative Review of Therapeutic Empathy

Crossing the Distance Between You and Me 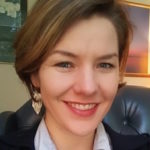