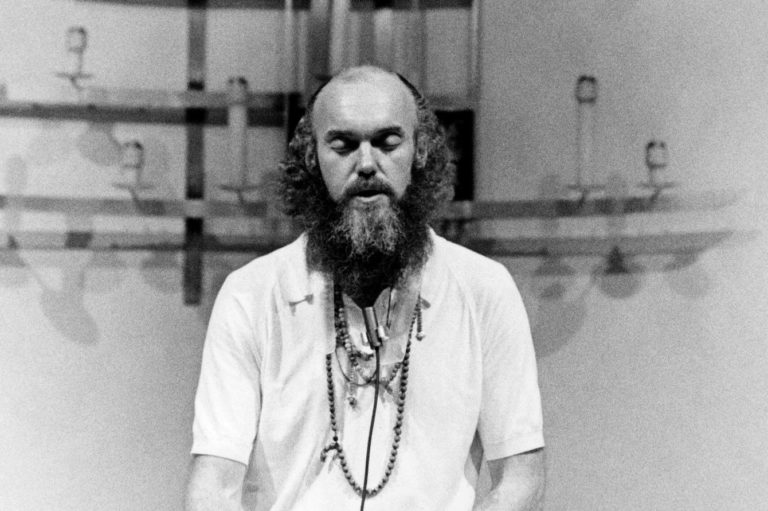 Those Were the Daze

Clinical Impact Statement: The influence of Ram Dass (Richard Alpert) for both personal and transpersonal psychology and promoting his memory through his recent memoir, showing how one psychologist was influenced by his relationship with him.

What a wonderful parting gift Ram Dass (also known as Richard Alpert, PhD) has given us with his memoir, Being Ram Dass (Dass & Das, 2021). For those “of a certain age” who know of his life and work, this book takes you knee-deep into the juicy details of the stages of his personal and spiritual development. Many of the stories about his relationships with family members and lovers are told publicly for the first time. If you don’t know his work, this memoir will give you the story straight from the horse’s mouth. And what a fascinating story and cast of characters it is.

In integrating Western psychology and Eastern spirituality, Ram Dass was, in his prime, what today they would call the charismatic “it” guy. You might think Timothy Leary’s flashy smile and “What-me-worry?” public persona would rightfully have made him the go-to “it” guy of his time. And in his publicizing of LSD, Leary was clearly the poster boy. He trumpeted his “turn on, tune in, and drop out” slogan from 1966 with fervor. But for those of us who were looking to incorporate psychology and Eastern spirituality, it was Ram Dass, not Leary, who was the man. Together they were a significant media force in bringing the use of psychedelic drugs for consciousness expansion to the forefront of my generation.

As Carly Simon might put it, Ram Dass knew everyone worth knowing and was in all the right places at the right time. His ego enjoyed the celebrity he found first as a public spokesman for consciousness expansion and later, as a guide toward spiritual realization. He was not shy about revealing his weaknesses and vulnerabilities in the service of teaching. For me, this made him honest, believable, and endearing.

At the same time, he tried not to get caught up in his personality, doing meditative practices focusing on helping him dis-identify with his Ram Dass persona. He both owned his role as the “mouthpiece” for a generation and worked at transcending it.

He summed up the process of moving from personal to transpersonal by saying that Western psychology taught us to be “somebody” by building a strong ego and forging a stable personality and character that could handle the reality demands of the everyday world. Eastern meditative practice focused essentially on “nobody” training, that is, how to transcend ego and identify with the universal oneness beyond individual selfhood. The dynamic between these two processes was expressed in the pithy saying, “You need to be somebody before you can be nobody,” (Engler, 2003). Without a stable sense of self, one would not be able to mentally and emotionally manage the deeper levels of meditation practice that focused on transcending ego.

His stories of some of the meditation teachers and holy men he spent time with in India, and later when they toured America, reveal an attempt to deconstruct their less than pure power motives and underhanded activities focusing on building reputations and personal riches. Ram Dass believed some of them wanted to use his popularity with young people as a means to draw them to the teacher’s own circle.

In telling his story, Ram Dass comes back repeatedly to the subtlety of uncovering his own power motives even when it appears on the surface that he is doing a favor or serving others. By questioning his own motives and attempting to gain insight, he demonstrates his previous psychodynamic training gained during his doctoral studies at Stanford and practiced when counseling students there and at Harvard.

I experienced him as a good example of balancing mind and emotion. He could express strong emotion but usually tempered it with his intellect. He was also a good example of the integration of male and female aspects of personality. I think his bisexuality gave him an intuitive and learned ability to find this balance. But bisexuality is not a topic I remember him ever bringing up in workshops or retreats. While he talked about relationships with women during the earlier decades, he did not publicly reveal his sexual struggles or relationships with men. In his memoir, he is clearly more willing to delve into conflicts with his sexuality.

We follow Richard Alpert from his chubby and awkward rich-kid childhood, trying to fit in and be loved, to his competitive striving as an ambitious graduate student hoping to please his parents. We watch his transformation from a status-conscious and materialistic professor and psychotherapist who discovers and experiments with mind-altering drugs to a “bad boy” who gets fired from Harvard for going too far in giving LSD to students. In later life, he seemed proud to be firmly ensconced in academic history as the first professor to be kicked out of Harvard since William James. What he experienced with psychoactive drugs leads to his journey as a spiritual seeker, finding his guru in India, and his transformation into a Bhakti yogi and teacher, and ultimately, an American cultural icon.

I had the good fortune to read Be Here Now when I was only 21 (I still have my well-worn first edition copy now over 50 years later). This led to my attending his public lectures and workshops as part of my experiential training in psychology. My interest was in sampling the minds and methods of many of the psycho-spiritual teachers passing through Southern California in the late sixties, seventies, and eighties (Hendlin, 2016).

I considered myself more a sampler or dipper than a joiner. I liked to drop in for a while to learn various methods, teachings, philosophies, and teachers. I wasn’t looking for a spiritual community to satisfy social needs. But “dropping in” didn’t preclude diving down into practices. For example, for seven straight years beginning in 1981, I attended a desert Vipassana meditation intensive retreat ranging from 4-10 days with Jack Kornfield and Joseph Goldstein.

I listened to Ram Dass’ audio tapes, bought his books, had some hand-written correspondence with him, and went out of my way to attend his lectures and workshops when he came anywhere near my area. He was kind enough to write a blurb for my first book (Hendlin, 1989). The publisher was so impressed by it that he put the blurb on the front cover.

I had episodic contact with Ram Dass over a period of 40 years, but most of my in-person contact was before his stroke in 1997. After the stroke, shortly after he had recovered enough to resume teaching, I spent a weekend with him in a workshop. It was heartbreaking to see him come up to the stage in a wheelchair. Half of his body was paralyzed. No more golf, no more driving, no more walking, no more meditating on a zafu for the remaining 22 years of his life. I remember when I first heard about his stroke, I wondered whether the frequent LSD and other psychoactive drug use might have at least been partially responsible for it.

And it seemed like a wickedly cruel irony that a man who had possessed such a gift with words, humor, and storytelling now had to learn to speak all over again. But he ended up believing that the stroke was “grace,” that it took him deeper into himself. During his early recovery, he commented that one of the ways he was able to survive the stroke was by not identifying his awareness with his physical body.

I continued to watch videos of his retreats when he moved to Hawaii until the end of his life. He became increasingly more the “loving presence” that he wanted and was instructed to be by his guru. He got out of his head and resided in his heart.

The stroke made him dependent on others full time for his care. And it also made him softer and more emotionally vulnerable. He would let himself be moved to tears when hearing a poignant story of suffering. It is telling of his character and connection to so many of those he mentions in his memoir whom he met when they were in their twenties, guiding them to his guru in India, were still by his side, caring for him and working with his foundation to the end of his life and beyond.

Ram Dass was the first teacher I had who sat in the half-lotus position on a zafu and had books and notes spread in front of him when he was teaching. He learned to trust what would come out of his mouth but usually had written material to help spark him. His academic teaching career had taught him to be prepared. And yet, he could give long lectures without notes, able to quote teachers or scripture from memory. Later, Jack Kornfield would teach in a similar fashion.

Ram Dass could go on for hours without getting up to take a break. He could speak eloquently for sometimes up to an hour without having the least slip of his tongue. He was one of the best I’ve seen at guiding a meditation group into shared consciousness.

I consider Ram Dass one of my main spiritual teachers. His personality, psychology training, and Jewish cultural background made it easy for me to connect to him and his message in a way that was not possible with those teachers from other cultures. He spoke my language of psychology but also fused elusive Eastern concepts and disciplined practices into intelligible bites of wisdom. And he did it all with a joke, a story, a poem, and a cosmic giggle.

Hendlin, S.J. (2016). Meditation and the mindfulness trend in psychotherapy: Reflections through the prism of a 50-year meditator. Psychotherapy Bulletin, 51(3), 34-43. 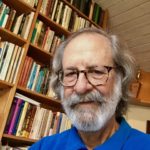