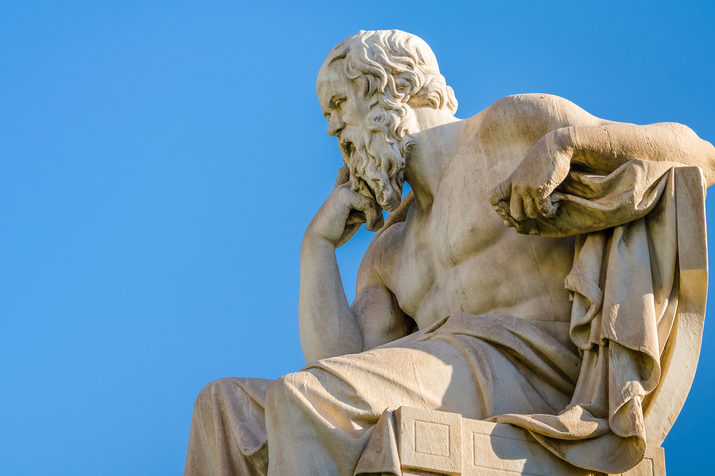 Rethinking How We Teach Socratic Questioning

Socratic questioning is a transtheoretical omnipresent psychotherapeutic process (Overholser, 2018; Waltman et al., 2020). The notion that corrective learning is essential to psychological healing and growth stems back to the origins of psychotherapy (Alexander & French, 1946); this phenomenon is commonly called the corrective emotional experience (Alexander & French, 1946; Yalom, 1995). From an integrative perspective, the nonbiological elements of a psychiatric disorder are often rooted in a pathogenic underlying belief (Silberchatz, 2005; Weiss, 1993), and bringing about a change to that belief can alleviate suffering, leading to healthy changes in affect, thinking, and behavior. There are different routes to changing underlying beliefs; such as interpersonal learning in a group setting (Yalom, 1995), the therapist’s provision of a corrective experience that is counter to early learning (Alexander & French, 1946; Silberchatz, 2005; Weiss, 1993), use of questioning and Socratic Dialogue to help a client see things from a different perspective (Padesky, 1993, 2019; Waltman et al., 2020), or using Socratic questioning to channel inborn knowledge, perhaps from a collective unconscious or spiritual realm (Peoples & Drozdek, 2017).

In the cognitive and behavioral therapies, guided discovery and collaborative empiricism are parallel terms that describe the process of using collaborative strategies to join with the client in applying scientific curiosity to their thought and behavior patterns (Tee & Kazantzis, 2011). Socratic questioning (also called Socratic dialogue) is a way to engage in collaborative empiricism with your clients. The use of Socratic processes is thought to lead to a deeper level of learning and change (Beck, 2011). Though, empirically, there has been little research done on Socratic questioning (Padesky, 2019). One study has demonstrated that the use of Socratic questioning in the treatment of depression is predictive of symptoms change; further, this relationship holds even after controlling for the relationship (Braun, Strunk, Sasso, & Cooper, 2015). Certainly, further research is warranted, and measures have been developed to aid in that research (Waltman et al., 2020).

While Socratic questioning is a transtheoretical psychotherapeutic process, there is some evidence that learning to artfully and competently use Socratic strategies in session is among the hardest skills for a psychotherapist to learn (Waltman et al., 2017). A common pitfall to Socratic questioning is something called provided discovery (as opposed to guided discovery); this is where a therapist tries to tell the client the conclusions they should be reaching. Many thought records and attempts at cognitive restructuring focus on trying to show the client why their thinking is distorted (Waltman et al., 2019)—this can be counter collaboration.

Additionally, many therapists fall into the trap of trying to convince the client to see things from their point of view or to guide them to what they think is the right answer. This often results in noncollaborative encounters with therapists telling clients how things “really are.” Anyone who has been doing therapy for a while can tell you that if you simply give your client the answer, you’ll be giving them the same answer week after week after week because it won’t really sink in.

A Framework for Socratic Questioning

It can be helpful for clinicians to have a framework for thinking about collaborative empiricism and Socratic strategies. In conjunction with the largest public mental health CBT training initiative in the United States, we have refined our method for teaching Socratic questioning to therapists (Waltman et al., 2020). This framework is a reversal of these mentioned pitfalls. Instead of trying to get the client to see it from our perspective, we instead focus on trying to see it from their perspective and then focus on expanding that perspective together.

The first step in applying Socratic strategies is to identify the targets for these strategies. In a practical sense, we simply do not have time to address every thought that we think might be distorted. We want to target the thoughts that are central to their problems and related to their core difficulties and underlying beliefs. Often some delving and sifting are required to find the optimal cognition to focus on. This skill requires patience and conceptual skills on the part of the therapist.

Phenomenology refers to understanding something in both subjective and objective terms. The task of this step is to understand the client and the target cognition. The guiding principle is that people come by their beliefs honestly, and we want to come to understand how it makes complete sense that they came to think that way. This early emphasis on validation is also strategic in that it is relationship-enhancing and can be regulating for the client. In our experience, people are more willing to have an open mind to alternatives when they feel like you have truly and sincerely listened to them.

While this is functionally the disconfirming evidence step, curiosity is key to this process. Now that we see it from their point of view, we can work to expand that view together. We ask ourselves: “What are they missing?” Functionally, there are two kinds of blind spots: things you don’t see and things you don’t know. We need to figure out what they are not attending to due to attentional filters as well as the gaps in their experiences that developed as a result of their avoidance patterns. Many great questions and lines of inquiry can often be found from evaluating elements from the previous steps. People tend to twist information to fit into their pre-existing assumptions and beliefs. So, we want to help them mentally take a step back and look at both context and the big picture.

There can also be a pull for the therapist to try and pick a purely positive thought because they might feel better. The trouble with purely positive thoughts or thoughts that are only based on the disconfirming evidence is that they can be brittle if they do not fit the reality of the client’s life. Therefore, we are looking to develop new thoughts that are balanced and adaptive. This process involves summarizing both sides of the story and helping the client develop a new, more balanced thought that captures both sides. The question we want to ask is whether the new thought is believable. Once we have a summary statement, we want to help them synthesize that with their previous statements and assumptions. How does the new conclusion compare to the initial assumption? And their underlying beliefs? How do they reconcile their previous assumptions and this new evidence? We also want to help solidify these gains by helping the client translate the cognitive shift into behavior change. So, we ask them how they want to put the new thought into practice in the coming week or how they want to test it out in the coming week.

Meaningful cognitive change is often a process that takes time and effort. There are no shortcuts or “silver bullet” questions a therapist can ask to disprove any and every belief that might come up in therapy. Instead of focusing on taking it slow, being curious, and trying to really understand your client will get you pretty far as a therapist. Change is often incremental.

Yalom, I. D. (1995). The theory and practice of group psychotherapy. Basic Books. 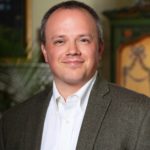