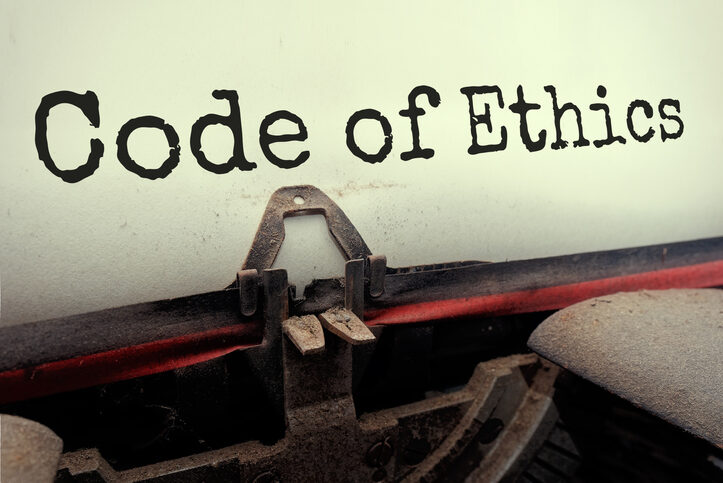 Revisions to our Ethics Code

A Work in Progress

Clinical Impact Statement: The APA Ethics Code is one of the foundational pillars upon which practitioners build their work. The opportunity to learn about and contribute to the current Code revision allows psychologists to actively involve themselves in the evolution of a document that has wide-ranging implications for the profession.

We live in interesting times, professionally, with the revision of the Ethical Principles of Psychologists and Code of Conduct (“Ethics Code” or “Code”) currently underway. This document forms a foundational function of our work, and its changes provide us an opportunity to evaluate our profession from the viewpoint of where we have been as well as where we want to go and who we want to be. As former APA president Jessica Henderson Daniel described when she announced the membership of the task force charged with conducting the revision, “The task force is charged with creating a code that is transformational and that remains a leading practical resource regarding ethics for psychological science, education and practice while retaining those aspects of our Ethics Code that serve the public and our discipline and profession well” (APA, 2018).  The Ethics Code Task Force (ECTF) is approximately halfway through its work, and as the liaison to the ECTF from the California Psychological Association, I’d like to give you a glimpse of how the task force has incorporated its charge, the areas that are being reviewed and revised (the last such comprehensive effort was completed in 2002), the current state of the work…and how you can influence the direction the new code will take.

In a presentation to the APA Council of Representatives meeting that took place during February 26–28, 2021, the ECTF chair, Linda Campbell (2021) provided an update on the first two years of the task force’s work. She contextualized the work as having three major functions: (1) revising the code so that it is visionary and transformational; (2) taking a collectivist approach, considering context, culture, family, community, and society; and (3) creating a fundamental resource regarding ethics for psychological science, education, and practice. With those in mind, the ECTF started their work by doing an environmental scan, tracking the ethics trends and occurrences in APA’s internal and external environment. This was accomplished by soliciting comments from APA Boards and Committees, APA divisions, ethnic minority psychology associations, state provincial territories, state, provincial, and territorial psychological associations, and The Association of State and Provincial Psychology Boards. They also reviewed psychology and other health professions’ ethics codes from around the world, as well as the APA guidelines. In particular, they reviewed both the population-focused guidelines (i.e., guidelines on working with persons with disabilities (APA, 2012)) and the skills-focused guidelines (i.e., guidelines on child protection evaluations (APA, 2013)) to see what recommendations they might find that could possibly be moved from aspirational statements into enforceable standards.

I mention this background because it provides an important context within which to examine the proposed changes to the ethics code so far. For instance, there are now eight principles (an increase from the current five principles) that provide aspirational direction for psychologists: Beneficence and Nonmaleficence; Human and Civil Rights; Integrity; Interrelatedness of People, Systems, and Environment; Professionalism and Responsibility; Respect for the Welfare of Persons and Peoples; Scientific Mindedness; and Social Justice.  Some of these are in the current code, while some, like the ones focused on the environment and on social justice, are added to reflect the increased awareness on the organizational level of the salience of these issues for psychologists.  As a liaison to the ECTF, at the end of each task force working session, I get to attend an informational meeting which is designed for the representatives of state associations, division representatives, and other liaisons from a variety of psychology-related organizations. During these times, the task force also asks the liaisons for their opinions on what they’ve heard as well as messages for the task force from the constituents of the organizations the liaisons represent. We heard about discussions within the committee about the designation and form of these principles, and we had similar discussions in the liaisons’ meeting. I have noted that often a conversation at one liaisons’ meeting will have an impact on the subsequent work of the committee. The responsiveness of the committee to feedback has been gratifying to see.

While there are still ten standards, there are shifts in the organization as well as topics. In alphabetical order, the ten new standards are: Assessment; Competence; Confidentiality; Informed Consent; Professional Responsibility; Psychotherapy; Intervention and Consultation; Relationship with the Public; Scientific Integrity and Research; Teaching, Training, and Supervision; and Technology. It is a coincidence that there are ten standards proposed for the new code, which matches the number of standards in the current code. One of the things that is different here is that the task force has worked to bring details currently spread across the code under one specific standard, i.e., Professionalism and Responsibility. This standard will address issues of confidentiality, multiple relationships, consultation, and competence. One discussion I’ve found very interesting is the focus on structuring the Technology standard in such a way that it will provide guidance about technological innovations that aren’t even invented yet. This focus on creating a code that is visionary is particularly evident in the drafting of this standard, and it is a consistent approach throughout the work of the committee: make the code useful now as well as later and provide a resource for psychologists that is robust yet flexible.

There are three sections of the revised code that will be new. One is the inclusion of a glossary.  This helps psychologists understand the meaning of words that may be defined in different ways by different psychologists. This glossary will provide a central resource where we can understand how the ethics code utilizes words, leading to less ambiguity in comprehension and application. A second section provides a specific ethical decision-making model. The task force is reviewing a number of models (and there is no shortage of these) to glean what is most helpful about them. The model that is ultimately used in the revision may be something already designed, or it may be an amalgam of different models that task force members design specifically for inclusion in the code. As a professor, I am very enthusiastic about this addition; students (as well as licensed psychologists) don’t always utilize a way to think systematically about an ethics conundrum they are experiencing. The provision and utilization of a decision-making model helps us address difficult situations in a way that is thorough and thoughtful.

The third new section is actually something that will be interwoven throughout the standards. The task force is planning to provide a short explanation about how each standard is an expression of different principles, as appropriate. One of my favorite classroom activities during an ethical case discussion is to ask my students to identify the principle that is being expressed in a standard. This helps them understand how the aspirational principles are incorporated in the enforceable standards. By adding the explanatory section to each standard, the ECTF assists all psychologists in refraining from taking a “floor approach” (Handelsman et al., 2005) to our ethical thinking and maintaining an aspirational orientation to our work. It will also provide a context that deepens our professional approach and lead to more ethically thoughtful responses to situations that may be confusing or problematic.

You have a role to play. As I mentioned earlier, the work of the ECTF is about halfway finished. You have an important part to play in that work by providing your own ideas, questions, opinions, and experience to the task force, thereby improving the revision of our ethics code. I’ve mentioned that the task force seriously considers the feedback they are presented, and that process continues. Consider the areas where the code has been less than helpful to you or provided exactly the guidance you needed. Let the ECTF know about that, how you envision a change, or ensure a specific section is kept in the new code. This ongoing constituent provision of feedback during the revision process is unique, and I hope that each of you will contribute your own perspective on a document that informs your work daily. Your questions, concerns, and recommendations are taken seriously by the task force members, and your voice will join a chorus of psychologists dedicated to making the next ethics code a document that is responsive to our needs while providing guidance in ethically complex situations. You can use this link: https://www.apa.org/ethics/task-force/code-revision-feedback to provide the feedback, and I encourage you to do so. Be part of the change you would like to see.

The Ethics of Scholarship 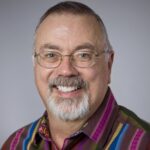