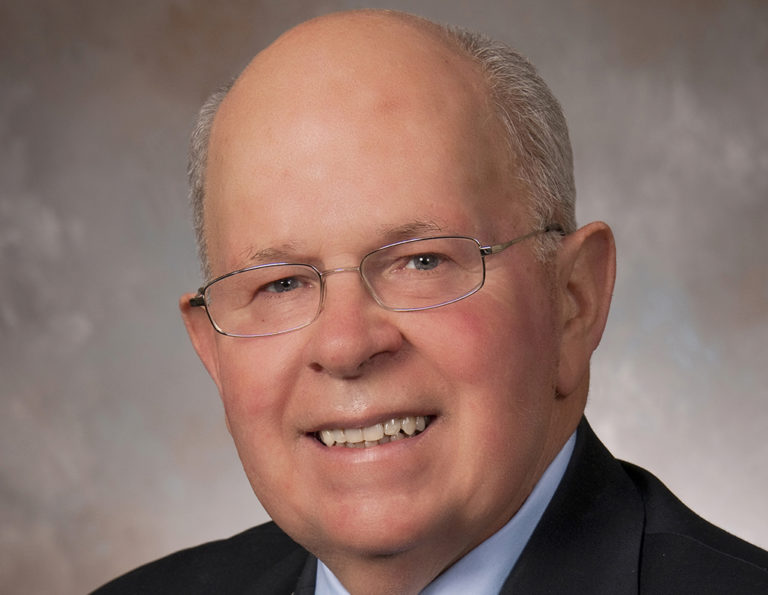 Just prior to the last winter blast striking our nation’s Capital, I was very fortunate to be able to attend the 35th annual APAPO Practice Leadership conference, along with former APA Presidents James Bray and Carol Goodheart. These gatherings are always the highlight of my professional year and it was especially exciting this year to experience the genuine enthusiasm generated by so many first time attendees and APAGS students. Katherine Nordal will be leaving APA after a decade of service, not to mention serving in a variety of roles, including as an APA Congressional Fellow. The 350 attendees were constantly expressing their gratitude for all that she had accomplished and her willingness to strategically “disrupt” our thinking so that collectively, we could seek greater heights. As Katherine would say during the Opening Reception, psychology can make a real difference to so many people and we should appreciate that we do save lives. It was a particular delight that President Jessica Henderson Daniel presented long-time state association advocate Mike Sullivan with an APA Citizen Psychologist Presidential Citation. This is a well-deserved tribute. Dan Abrahamson and Susan Lazaroff did an outstanding job. The future is bright.

One of the foundations of President Obama’s Patient Protection and Affordable Care Act (ACA) was a visionary emphasis upon fostering team-based interprofessional care, with behavioral health being increasingly integrated into primary care. Linda Campbell was one of the original architects of a quality psychopharmacology training program for those interested in obtaining prescriptive (RxP) authority. She worked closely with her pharmacy colleagues at the University of Georgia -- a training model that continues to serve psychology admirably. Linda’s report on her most recent initiative: “In 2016, I joined with Dr. Edward Delgado-Romero and Dr. Linda Logan who are faculty at the University of Georgia to begin an integrated behavioral health practicum at Mercy Health Center in Atlanta, Georgia. Dr. Delgado-Romero and I are counseling psychology faculty members and Dr. Logan is a School of Pharmacy and College of Education faculty member. Prior to the inception of this integrated training experience, we worked together in the department’s training clinic for 10 years, developing an integrated training model for doctoral and masters students. The department training clinic includes advanced nursing students from the Augusta School of Nursing. This program is still growing and is a popular rotation for pharmacy and nursing students.

“Mercy Health Center is a health care clinic for the underserved populations who have no insurance; no Medicare, Medicaid, or any other means of paying for health care. Except for a small employee staff, over 70 physicians, dentists, and other medical specialists devote pro bono time to serve the population. We took our model from the department training clinic to Mercy where we work with Kristi Gilleland, the Whole Person Health Coordinator, and Tracy Thompson, CEO. Together, we have developed an integrated staffing of pharmacy, social work, legal consultation, nutrition, and specialty medical services. The training model includes individual behavioral health services, chronic illness groups, and pre- and post-therapy groups to ensure health promoting behaviors are secured before termination. All patients are rural and low SES (socioeconomic status), but additionally about 30% are Spanish speaking patients who are seen by Spanish speaking doctoral students supervised by Dr. Delgado-Romero. Dr. Logan provides consultation for all patients seen in the model training program and I provide supervision for English speaking patients primarily and focus on the low SES population.

“Our program is a win-win because hundreds of patients are receiving behavioral health services, students are being trained in an integrated model, and the faculty are collecting data to determine the added effectiveness of behavioral health within primary care services. The clinical training program and the research training program are called IMPACT. The faculty, Mercy staff, and students are totally committed to make this impact happen.”

APA appreciates the significance of this evolution for education and practice. Jim Diaz-Granados: “The Education Directorate recognizes the value of interprofessional education and training. This is evidenced by our active participation in a number of interprofessional organizations. The APA is a liaison member on the Federation of Associations of Schools of the Health Professions that serves as a forum to encourage effective collaboration among health professions in education and practice. The Directorate is also a member of the National Academy of Medicine’s Global Forum on Innovations in Health Professions Education, an ongoing convening activity that brings together stakeholders from multiple nations and professions to network, discuss and illuminate issues within health professional education with a focus on interprofessional education. In 2016, APA joined the Interprofessional Education Collaboration (IPEC). The IPEC was formed in 2009 by six organizations committed to advancing interprofessional learning experiences and promoting team-based care. In 2016, IPEC appointed 14 additional members, including the APA. Our CEO Arthur Evans and APA Presidents Tony Puente, Susan McDaniel, and Jessica Henderson Daniel have accompanied the Education Directorate leadership to the IPEC biannual council meetings.

“Similarly, in April 2017, the APA Commission on Accreditation joined the Health Professions Accreditors Collaborative (HPAC). The HCAP was founded in 2014 by the accreditors for medicine, pharmacy, nursing, dentistry, and public health and expanded in 2017 to include 17 additional organizations committed to working together to advance interprofessional education, practice, and quality. In addition to membership in key interprofessional groups, under the leadership of then APA President Susan McDaniel, the curriculum for an Interprofessional Seminar on Integrated Primary Care (IS-IPC) was developed. The IS-IPC is a resource that can be used to develop educational experiences for an interprofessional group of learners about the competencies needed to work together in a successful and integrated healthcare team. The next opportunity on the horizon is that of interprofessional continuing education. Currently, the Joint Accreditation for Interprofessional Continuing Education offers organizations to be simultaneously approved to provide medical, nursing, pharmacy, and optometry continuing education. In the Education Directorate we are currently exploring the possibility of adding psychology to the mix.”

As psychology becomes more involved in integrated and interprofessional care, we are confident that the movement towards obtaining RxP will increasingly mature. At the APAPO Practice Leadership conference Beth Rom-Rymer chaired the concurrent workshop “The Revolution in Health Care: Prescribing Psychologists” where the five successful state associations described how each of their approaches reflected unique needs and circumstances. Subsequently, Armand Cerbone reflected upon their journey in Illinois: “In 2004 when I became President of the Illinois Psychological Association (IPA), the RxP initiative was languishing. Having already obtained his authorization in New Mexico, former IPA President Marlin Hoover was the RxP chief advocate. Yet he found little traction among our Council representatives. He indicated he was losing his enthusiasm. Believing that RxP was important, even critical, to the future of psychology, I met with Marlin to bolster his commitment and to plot to advance his proposal and to encourage him to press our Council further.

“Together we engaged the IPA Council in debate over a motion to adopt as its #1 legislative priority seeking RxP for Illinois psychologists. There was considerable resistance among Council members citing negative changes to the profession and its values and concerns for the medicalization of psychology. There were anxieties that prescribing would open the door to abuse of prescriptive authority by unprincipled psychologists interested only in financial gain. Those who favored such an initiative noted remedies for persons not able to afford or access psychiatric care, improved care stemming from the advantages of consulting with a psychologist with similar training than with a medical doctor, and improving competitiveness in the marketplace. One proponent of RxP argued that prescriptive authority would broaden a ‘safety net of care’ for clients and patients.

“Given that in 2005 our Council was composed of middle- to late-career professionals, I polled our IPAGS representative for his opinion. His support for RxP was clear. RxP would provide opportunities for new psychologists and strengthen professional credibility in medical settings. In remarking that there was already considerable emphasis on the biological bases to behavioral health he said it seemed smart to consider how RxP could open doors to the future. I believe the voice of young people, new to or entering the profession, swayed the fence-straddlers among the representatives. When the vote was called, the motion carried by a clear majority. IPA was now committed to RxP.

“Over the next few years Marlin developed a video of interviews with psychologists who had or were pursuing RxP and one Illinois psychiatrist who supported the movement for psychologists. While the video captured important arguments, it lacked production values that reduced its effectiveness. More importantly, psychologists of color were noticeably absent. Much was learned from those initial efforts. It would require more financial and political resources than IPA had at the time. And passing RxP legislation in the AMA’s backyard would be daunting.

“When Beth Rom-Rymer assumed the leadership of IPA, she provided the determination and political savvy the initiative needed. IPA’s commitment hadn’t wavered but needed the single-minded energy Beth brought. Beth was also able to pull together from sundry sources the essential financial resources to hire well-established and respected lobbyists to work exclusively for the passage of RxP legislation in the Illinois legislature. I remember one fund-raising event at her home for the reelection of a Democratic Governor who was likely to sign any RxP legislation that passed the legislature. Traveling around the state, Beth met with anyone who would meet with her to garner support for RxP and to calm the dubious and rebut the opposed.

“That RxP is law in Illinois is a measure of Beth’s skill as a resourceful and effective leader. Illinois would not be among the states with prescriptive authority were it not for her efforts. Adding Illinois to the roster surely provides encouragement and momentum to the national movement. Beth was able to capitalize on ground that had been tilled. What resistance she encountered was from the rank and file who needed the education and leadership she provided. Several important factors emerged from Illinois’ experience. As much as vision, unwavering commitment, and capable leadership are critical, it is equally important – at times even more important – to have a grasp of local politics and the financial resources adequate to the objective. Setbacks happen; movements can stall. Keep your eyes ever on the prize.”

Investing in Our Next Generation

During this year’s deliberations on the FY 2018 Appropriations bill for the Department of Health and Human Services increased funding was provided for two programs within the Health Resources and Services Administration which should be of particular interest to those colleagues concerned about our nation’s children. Ten million dollars was included for a new initiative to expand access to behavioral health services in pediatric primary care by developing pediatric mental health care telehealth access programs. And, $22.3 million was provided for EMSC. On its 10th anniversary, C. Everett Koop noted: “I am pleased to remember that in 1984, while I was U.S. Surgeon General, the United States Congress passed legislation to improve emergency medical services for children (EMSC). It received my full support and that of many of my colleagues, because critically ill and injured children were not receiving the same high quality of emergency health care we provided for adults. But this is not unusual; throughout history children have not been our first priority.” Neither initiative was in the Administration’s budget.

On March 24th my wife and I joined a surprising number of neighbors at a local senior retirement community marching on behalf of the next generation (“March for Our Lives”). It was inspiring to see the number of elderly walking with their canes and/or a bit slower with their walkers, many with proud grandchildren alongside them. The signs were clear “Protect children, not guns!” As we went along a major thoroughfare, an impressive number of passing cars enthusiastically expressed their support. “Roll over Beethoven.”