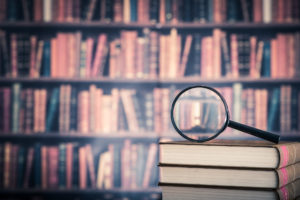 Division 29 (The Society for the Advancement of Psychotherapy) President, Jeffrey J. Magnavita, initiated a task force to complete the following tasks and answer the following questions in 2010, reporting back to the Division 29 Board of Directors at its October, 2010 meeting.

The extant relevant research was reviewed and summarized (see addendum A). The Chair of the task force sent a copy to all members and asked them to review and respond using the following questions to guide their responses. The report and recommendations that follow represent the work of this task force and are summarized as follows:

The Task Force was asked to address and respond to the following:

The task force compiled a review of the relevant literature (not exhaustive, but representative) that is included in the attached document. In response to this review and using the above questions to guide discussion and feedback, the task force provides the following observations, comments, and recommendations for the Division 29 Board of Directors’ consideration. The task force also seeks additional comment and input from the members of the division and from all interested parties in the hope of furthering discussion of these important issues. The available literature primarily addresses the effectiveness of psychotherapy, which has proven to be robust with an overall strong treatment effect comparable or stronger than many standard medical interventions. Very little literature directly studies and addresses the discipline (psychologist, psychiatrist, social worker, licensed mental health counselor, nurse etc.) of the psychotherapist and effect on outcome. We wanted to see if there was evidence that psychologists are more effective than other mental health professionals in delivering psychotherapy. We also wanted to know if how one is trained makes a difference in psychotherapist effectiveness, and what components of training contribute to psychotherapist effectiveness.

In the extensive literature reviewed, very few studies focused on psychotherapist effects. Baldwin, Wampold, and Imel (2007) found that therapist variability in alliance predicted outcome. The Dinger et al. (2008) review stated that therapists accounted for more variability in alliance (31%) than in outcome (2%).  Kim, Wampold, and Bolt (2006) found that 8% of the variance in outcome was due to psychotherapists....although another study on the same TDCRP data set (Elkin, Falconnier, Martinovich, & Mahoney, 2006) found no therapist effects....this led to a lively debate in the journal about how to detect psychotherapist effects.  Wampold and Brown (2005) found that 5% of the variance of outcome for managed care was due to psychotherapists; between 0% to 8% in terms of outcome. Crits-Christoph and Mintz (1991) found that therapist effects vary considerably and at times can be large. Lutz, Leon, Martinovich, and Stiles (2007) found that that around 8% of the total variance and approximately 17% of the variance in rates of patient improvement could be attributed to the therapists. However, in the studies reviewed, we do not know what these effects are due to, thus, much more research in this area is needed. Furthermore, many studies (at least for depression) have been conducted that focus on clients’ personal (pre- treatment) characteristics but very few are found that focus on the psychotherapist’s personal characteristics and their role in clinical outcomes.  Beutler et al. (2004) found a strong effect size of therapist inferred traits and states on psychotherapy outcome. They also found therapist training, skills, and style to be a weak contributor to outcome. However, they reported high variability in effect sizes (ranging from 51% to less than .01%) in terms of outcome. Recent research has focused on interventions and techniques the therapist uses rather than on the effects of therapist variables. Given the lack of research and high variability in effect sizes in the available literature, more research is needed. Psychotherapists do make a difference, despite contentions to the contrary, even when giving the same manualized treatment (Strunk, Brotman, DeRubeis & Hollon, 2010).  However, there is no evidence that a psychologist vs. other professional psychotherapists account for therapist effects. We need to focus research on the personal qualities, training, education, supervision and actions of “effective” psychotherapists.  We would also benefit from a clear description of what defines an “effective psychotherapist.” Is this an individual who gets good outcomes with a certain percentage of clients and causes few iatragenic disturbances or makes people worse? Discoveries in this area would lead to improvement in the quality of mental health services and would guide selection and training of psychotherapists. Based on our review of the literature, there is not enough research to answer the question about whether psychologists are more effective psychotherapists than other professionals nor is there sufficient evidence from which to draw conclusions about the effects of training or personal psychotherapy on psychotherapist effectiveness. The empirical literature does not provide a sufficient evidence base to answer these questions. This information is vital in that individuals undergoing advanced training need to be able to make reasonable cost-benefit analyses of the financial burden, time not working to receive training, and other issues before embarking on a career path to become a psychotherapist. Based upon the available literature reviewed in Addendum A ,the task force concludes that more research is needed that is specifically targeted to determine the effects of level and type of education, advanced training, supervision, and other factors on the effectiveness of psychotherapists. This research should address those psychotherapist factors that contribute to psychotherapy effectiveness, to include the role of type of training received and the role of psychotherapists’ personal characteristics. This research should seek to understand the roles of personal/professional variables that are independent of the process of change and that, by definition, can be measured at pre-treatment.  Research that helps delineate those factors that make a psychotherapist competent and what makes one an effective psychotherapist is needed.

The task force recommends that Division 29 consider establishing and funding an annual research award that recognizes outstanding research in the area of psychotherapist effectiveness or competences as described above. A significant monetary award and the recognition that such an award would bring with it would not only recognize and help disseminate this important research, it also would likely serve to strongly encourage other psychotherapy researchers to focus their endeavors in this important area. Secondarily, if desired, the division could also establish and fund an annual award for the outstanding doctoral dissertation in psychotherapist effectiveness or competencies as described above. The task force recommends that the Division 29 journal, Psychotherapy: Theory, Research, Practice, Training, publish a special issue or special section of an issue on this area of research to further promote such studies. The task force recommends that several of its members submit a proposal to present a panel discussion on these issues at the 2011 meeting of the Society for Psychotherapy Research, to bring further attention to these issues among the community of psychotherapy researchers and to promote the conduct of research into psychotherapist effectiveness, competencies, and related training issues. The task force suggests that the Division 29 Board of Directors, all Division 29 members, and all other interested parties share your thoughts on the issues addressed in this report, the task force’s discussion of them, and the task force’s recommendations. We encourage the Division to post these findings on the website and provide a forum for feedback from the community of psychotherapists. Please provide any other comments you may have regarding these and related issues. If you know of other studies to add to the attached document that may add to this discussion please send the citation and a brief summary to us as a group. 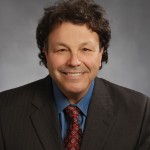