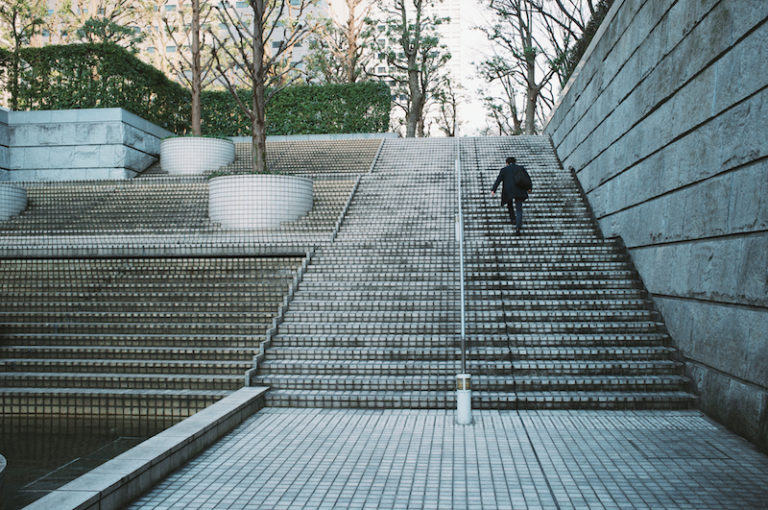 Stop, Drop, and Roll (With It)

Psychological resistance refers to patients’ conscious or unconscious opposition to aspects of the therapy process. When not skillfully addressed, resistance can lead to therapeutic alliance ruptures, “deteriorations in the relationship [indicated by] patient behaviors or communications that are interpersonal markers indicating critical points in therapy for exploration” (Safran & Muran, 1996, p. 447). While ruptures differ in a) their intensity, duration, and frequency, and b) on a case-by-case basis, most courses of treatment (regardless of outcomes) contain at least one or more instances of this kind of relational disjunction (Safran, Crocker, McMain, & Murray, 1990).

Despite their treatment-interfering potential, ruptures are not considered to be problematic by many therapists and clinical scientists. Rather, they are seen as vehicles that may be used to deepen the therapeutic bond and promote growth by allowing patients—and their therapists—to practice skills needed for interpersonal conflict resolution (Muran et al., 2009; Safran, Muran, & Eubanks-Carter, 2011).

Indeed, rupture repair may foster a particular kind of therapeutic change that would be unlikely to occur within unruptured relationships. The resolution process often provides compelling and experiential disconfirmation of clients’ long-held, maladaptive interpersonal schemata (Safran et al., 1990). However, unresolved ruptures may contribute to a continuation of maladaptive relational patterns and obstruct treatment (Ackerman & Hilsenroth, 2001). Given the potent nature of these transactions, identifying and understanding the nature of resistance is critical to facilitate constructive therapeutic action when ruptures occur.

Although resistance is often considered a unitary construct, literature has identified particular subsets of resistance which seem to require different therapeutic interventions. Rennie’s (1994) exploration of various forms of “realistic” resistance (i.e., clients’ conscious, deliberate opposition to therapeutic initiatives that they fail to understand or accept) revealed that one type of realistic resistance in particular—resistance to a therapist’s general approach—was associated with unfavorable therapeutic outcomes.

In their review of factors negatively impacting the alliance, Ackerman and Hilsenroth (2001) describe how ruptures stem from instances in which the therapist actively engages in techniques that do not resonate with the client, as well as when the therapist does not do what the client does want. These authors eschew rigid adherence to treatment guidelines that preempt the formation of a collaborative relationship between therapist and client.

Clients with internalizing disorders characterized by overcontrolled temperaments (e.g., refractory anxiety and depression) may be especially prone to resistance that goes unnoticed by their therapists, as these clients may be inhibited in their interpersonal style and reluctant to overtly challenge or confront their treaters (Hill, Thompson, Cogar, & Denman, 1993; Lynch, Seretis, & Hempel, 2016). Given the difficulties these clients often have directly expressing their dissatisfaction when “feeling misunderstood, and/or experiencing the treatment as not relevant for their unique issues” (Lynch, in press), resistance in this population is frequently expressed via covert behaviors (e.g., withdrawal, distancing, avoidance; Ackerman & Hilsenroth, 2001; Hill et al., 1993). Therapists must be highly attuned to even subtle signs of such resistance in order to effectively address it and both repair relationship ruptures before they fester and enhance collaboration on therapeutic tasks.

To provide an example of the ways in which internalizing clients may experience or reveal their realistic resistance, we offer a brief clinical vignette drawn from the first author’s early experience as a psychology trainee.

“Roger” was a 45-year-old Caucasian male referred to our clinic for ongoing depression, anxiety, and unresolved grief following his father’s death two years prior. Heeding my supervisor’s recommendations, I had loosely structured the first several months of treatment, integrating both cognitive-behavioral and client-centered approaches.

After beginning my spring intervention course—a rigorous entrée to manualized cognitive-behavioral therapy (CBT)—I felt I would be negligent if I did not implement some of the newer strategies we were learning. I asked if my client would be amenable to trying out a highly-structured CBT format in one of our sessions. Though I did not notice anything peculiar in that session—and despite my client’s reassurance that this technique was “more efficient”—I subsequently sensed a qualitative shift in our relationship.

Roger seemed less talkative in session, more distant, and missed a series of sessions subsequent to the transition. Although he had legitimate excuses for the cancellations—he had recently taken on a third shift position—I wondered about the timing of these changes. Concerned that the session format change had been irresponsible, I inquired several sessions later about his experience of it.

At this time, he was more forthcoming and stated that he was not particularly enamored with the structured approach. Only then did I realize I had inadvertently prioritized my agenda (experiential learning) above his needs. While my therapeutic intent was certainly to help my client, he ultimately felt overlooked, unheard, and misread.

Therapists’ failure to pay attention has been cited as the most consistent precipitant to alliance rupture (Safran et al., 1990), underscoring the need for in-session mindfulness on the part of the therapist. Verbal indicators of resistance may include client statements such as “I’m fine,” “I suppose,” “I guess so,” “It’s not a problem,” or “I’ll try” (Lynch, in press). Due to internalizing clients’ people-pleasing tendencies and deferential nature, it is perhaps more essential to recognize subtle, nonverbal changes in the movement, speed, or flow of in-session behavior suggestive of non-engagement.

These signs often manifest clinically via gaze aversion, frozen, excessively pro-social, or disingenuous facial expressions, eye rolling, shrugs, constricted gestures, and changes in vocal volume/intonation (Lynch et al., 2016). In retrospect, Roger may have felt too much pressure and/or anxiety in the moment to respond frankly regarding his discomfort with the increased therapeutic structure; perhaps he needed time to downregulate between sessions before he could share his honest feedback. The first author recognizes that being more attuned to the presence of her client’s in-session micro-expressions might have increased her cognizance of his realistic resistance.

In this regard, collaboration is key. As realistic resistance functions as a reaction against the clinical focus, it necessitates that therapists change their direction and/or listen more carefully (Miller & Rollnick, 2013). Indeed, Aspland et al. (2008) observed that successful conflict resolution and alliance repair in CBT was facilitated only by therapists modifying their stance to focus on issues more salient to their clients.

Similarly, Lynch (in press) recommends that therapists who suspect a potential alliance rupture immediately slow the pace, drop their in-session agenda (i.e., technical intervention), and shift their attention to the relationship. This is similar to the “stop, drop, and roll” with resistance strategy espoused by Motivational Interviewing (Miller & Rollnick, 2013).

It is worth noting that overt (i.e., verbal) identification of realistic resistance may be counterproductive. Especially among internalizing clients, a more laidback approach is often preferable, as it takes the “heat off” (Lynch, in press). Others have described the importance of “striking while the iron is cold” by holding off comments about a client’s experience in the room until the client is emotionally ready to metabolize such a comment (Pine, 1984).

Further, therapists may want to consider the degree to which they are physically leaning in toward their client and back off slightly when attempting to repair a rupture—a stance signaling non-dominance. Therapeutic approaches recognizing the need to target physiology as a mechanism of change (e.g., Jaycox, Zoellner, & Foa, 2002; Lynch et al., 2016; Ogden, Minton, & Pain, 2006) suggest that therapist behaviors like reclining in one’s chair or removing eye-contact temporarily may be especially useful during these times.

Established clinicians also recommend strategies to avoid when working with resistance among internalizing clients. The use of “collusive resistance” (i.e., avoidance of painful topics due to countertransference reactions; Fox & Carey, 1999) is problematic on a number of different levels.

It is not uncommon, however, for certain internalizing clients who present as psychologically fragile to pull for this kind of reaction in their therapist. Therapists should take care not to reinforce clients’ desires for nurturance but rather to foster growth by encouraging the client’s agency.

This can be done in many ways, including: 1) allowing the client to develop the client’s own ways of using skills or addressing problems in everyday life, as internalizing clients may acquiesce to, rather than agree with, a therapist’s recommendations; 2) asking open-ended questions to enable the client to explore personal experience without being unduly influenced; 3) letting the client to sit in moments of silence and experience emotions, even if the they are uncomfortable. Skilled clinicians learn to navigate this tension between accommodating or reinforcing operant avoidant responses, which function to block dialogue about resistance, while remaining sensitive to the discomfort clients often feel about addressing the topic directly.

As illustrated, incongruities between patients’ and therapists’ understanding of presenting problems and the manner with which to approach them can lead to therapeutic impasse. It is important to attend to this issue on a macro-level, as the specific practice of managing resistance can be considered to constitute a therapeutic operation. Orienting clients ahead of time to such therapeutic operations (including soliciting their feedback about them as well as preemptive troubleshooting) may aid in circumventing undesirable outcomes.

The inherent power imbalance in therapy compounded by submissive client characteristics means that it is the clinician’s responsibility to encourage patient collaboration in developing a treatment plan. At the same time, a therapist’s capacity for mindful awareness is essential to allow for the swift identification of nascent resistance arising from disagreements regarding particular therapeutic approaches.

We realize that much of the way in which therapists may facilitate rupture repair is in attending to their own interpersonal attitudes, recognizing their own contributions to alliance ruptures, and remaining open with clients’ suggestions as to how to proceed with therapy (Hook, Watkins, Davis, & Owen, 2015). Soliciting client feedback via alternative means, such as treatment outcome monitoring protocols utilizing written or online self-report (versus direct communication) can also offer internalizing clients another “less-threatening channel for communication and an alternative forum for disclosure of highly sensitive and personal information” (Youn, Kraus, & Castonguay, 2012). Competent management of ruptures resulting from realistic resistance can ultimately foster deeper exploration of relational patterns, strengthen the client-therapist bond, and foster therapeutic growth.

A Key Skill for Managing Resistance 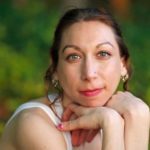 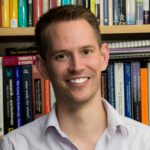