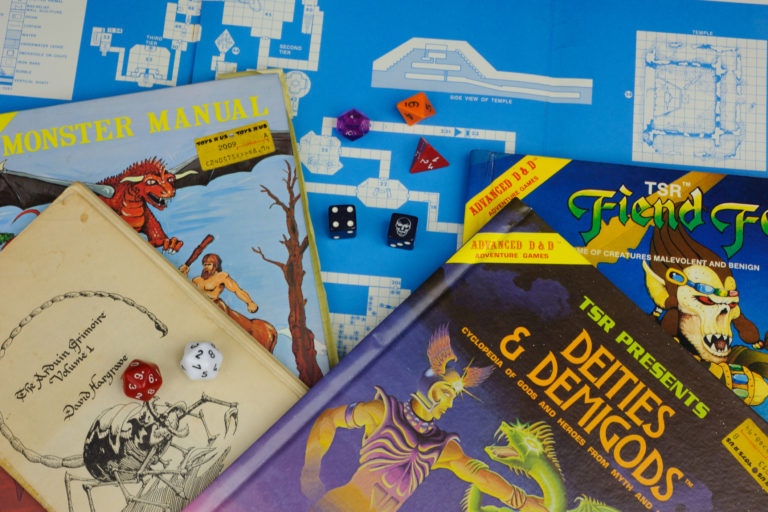 If you have seen Netflix’s “Stranger Things,” watched the long-standing TV sitcom “The Big Bang Theory,” or were friends with gamers in the last 45 years, you’ve likely had at least a passing exposure to Dungeons & Dragons (D&D), one of the most popular table-top role-playing games (TTRPG). Though D&D unduly provoked fear among those who did not yet understand it during the “Satanic Panic” of the 1980s, it has recently experienced a resurgence in popularity. Even celebrities such as Vin Diesel, Stephen Colbert, Judi Dench, Dwayne “The Rock” Johnson, Tim Duncan, Matt Damon, and Ben Affleck have played and expressed their admiration for D&D. In addition to their recreational popularity, some therapists and other mental health providers have begun utilizing the game in therapeutic contexts. The non-profit organization Game to Grow recently raised over $240,000 in a Kickstarter to fund a project that adapts the rules of D&D for use with specific populations such as individuals with Autism and social skill deficits.

TTRPGs like D&D are an interactive group storytelling experience, utilizing structured rules and polyhedral dice to determine outcomes of actions. Groups are typically 4-8 players but can be as small as 2 or larger than 10. These games are led by a “Game Master” or “Dungeon Master,” a role filled by the clinician when these games are used therapeutically. The game master contributes to the story by describing the setting and arbitrating the responses of the environment and Non-Player Characters (NPCs) to the actions of the players. The other participants create and role-play a character who interacts with the game world and helps shape the direction of the overarching story. A critical aspect of TTRPGs is that they are cooperative, not competitive by design. Players work together on common goals – these can include exploring a new area, hunting for hidden treasure, or fighting monsters.

Another vital aspect of TTRPGs is the limitless ways in which players can react to situations. Unlike a computer or board game that may have a limited number of choices players can use to influence the game, TTRPGs provide an “if you can think it, you can…try it” kind of attitude. If a player wants to leap across a building to roundhouse-kick an attacking goblin, they are welcome to try. They simply state their character’s intent, then roll a die, and the event’s outcome is determined both by the character’s skillset and some luck. Much like in real life, the best laid plans sometimes fail, and ill-prepared characters succeed on occasion. These marginally predictable outcomes encourage growth in frustration tolerance and creative problem solving.

Players create their characters from the ground up – they chose a race (species), a class (job in the group), background (what their character did before joining the group), personality (traits, bonds, flaws, ideals), and moral alignment (across two axes from good-evil and lawful-chaotic). In addition, players choose a name, age, and specify physical characteristics. Players often create a character that resembles themselves, who they would like to be, or someone completely different whom they would like to explore. Character creation can be a valuable tool early on in the therapy process, as it can give both the player and the clinician insight into potential goals and challenges for each player.

When TTRPGs are used therapeutically, they tap into basic principles of behaviorism, such as modelling, observational learning, direct experience, and reward and consequence. Additionally, when used in a group format, these groups tap into several of the therapeutic factors of change in group therapy identified by Yalom (Yalom & Leszcz, 2005). The case could be made for most, if not all of these therapeutic factors, and universality, self-understanding, interpersonal output, and altruism are especially apparent in the group dynamics when TTRPGs are used therapeutically.   Group members have opportunities to practice social skills (e.g., conflict resolution and assertiveness) and problem-solving skills, enhance creativity and imagination, and learn about the consequence of risk taking and impulsivity – both vicariously through their character in the game and in-vivo around the table. Within the context of group therapy, players have the opportunity to practice skills in a safe space and receive immediate feedback from peers and clinicians alike.

As game master, a clinician can design the environment in such a way to target therapy goals of group members. For example, in a group with members who are impulsive, the clinician may choose to set up traps in the game environment that are triggered if players do not carefully inspect a room, or otherwise plan ahead, before entering.

Though there are multiple approaches to utilizing TTRPGs in therapy, determined by the clinical goals of practitioners and participants, there are some commonalities across modalities. Sessions are usually once a week, for 1.5-2 hours. A single session usually consists of two parts: 1) play/adventure/story time, where covert therapy occurs in the form of experiential and observational learning and 2) processing time, where players have the opportunity to discuss and debrief about the experience of themselves, their character, and others.

Though many of the TTRPG therapy groups that exist today are focused on social skills with children and adolescents, this adaptation of group therapy techniques has widespread potential. Groups have been run with teen girls who have experienced trauma, as well as with veterans with trauma, substance abuse, and serious mental illness diagnoses.

Though there is much research to be done in this area (i.e., identifying target populations, defining modalities of treatment) the current responses are encouraging. Clients and parents of clients have reported such outcomes as improved problem-solving skills, improved frustration tolerance, reduced conflict with peers/siblings, increased self-esteem and confidence, improved sense of humor, improved forgiveness towards self and others, decreased depression and suicidal ideation, increased empathy and perspective-taking skills, improved emotional regulation, and increased insight. Some clients have taken on increased social roles in their lives through volunteer work or participating in TTRPG games outside of the “safe” confines of the therapy room.

Additionally, there is research that supports both social skills training and group therapies as effective treatments for many issues. Social skills training has been found to be effective in increasing functioning in those with diagnoses of autism, depression, schizophrenia, and anxiety (Bellack, 2002; Bellack, Hersen, & Himmelhoch, 1983; Mayo-Wilson et al., 2014; Spain & Blainey, 2015). Group therapy has also been found to be efficacious for the amelioration of multiple disorders (Burlingame, Fuhriman, & Mosier, 2003; Mayo-Wilson et al., 2014). One study found that when a group CBT approach was combined with social skills training, participants saw a greater reduction in symptoms of Social Anxiety Disorder than either of the treatments alone (Herbert et al., 2005). The literature is somewhat complex, as group therapy and social skills training are broad terms that encompass many different approaches. Further research in to the application of TTRPGs to group therapy is needed, but strong theoretical case can be made for the merger of a social skills focused approach with group therapy practices through the use of TTRPGS (Bowman, 2010).

If you’re interested in learning more about how TTRPGs can be implemented in to therapy, especially your practice, we encourage you to learn more about D&D and other TTRPGs first. There are a multitude of podcasts and YouTube channels that both outline gameplay and record others playing. For those particularly interested in the clinical aspects, this therapeutic game master’s roundtable (http://gametogrow.org/2019/02/07/therapeutic-game-master-round-table-pax-south-2019-panel/), and the podcast Clinical Roll (run by psychologist Dr. Megan Connell; https://www.g33kslikeus.com/videos), are great place to start.

A Game About Graduate Training

The Changing Needs of Gamers 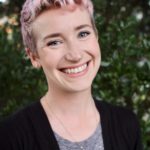 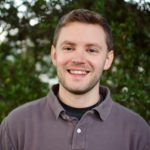