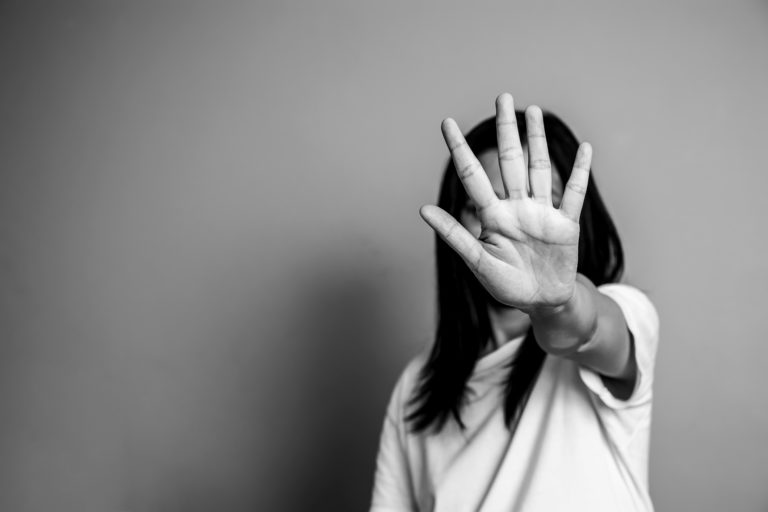 Strong Through Every Mile

My Experience Empowering Survivors of Domestic Abuse and Addiction Through Running

Clinical Impact Statement: This article summarizes the potential benefits that a running program can offer individuals with domestic violence and substance use histories. Specifically, the program assists women with goal-setting, improved confidence and self-efficacy, and provides a positive support system.

Running has been a fervent hobby of mine for over a decade. It is a pastime which I paradoxically find relaxing, as well as a sport through which I test and challenge myself. Running has provided me many benefits over the years, including improved physical health, social connections, and self-confidence. I am a strong believer that running and exercise is, and can be, therapeutic for many. For these reasons, I support (quite enthusiastically) others who pursue running-related goals, whether it be to run one mile or 26.

Therefore, when I learned of a local running program created specifically for women who were victims of domestic violence or in recovery for alcohol and/or drug addiction, I jumped at the opportunity to become a volunteer “coach.” The program, called Strong Through Every Mile (STEM), appeared to be a curiously perfect blend of two of my biggest passions—psychology and running. Needless to say, I was excited when I was approved to be a volunteer and eager to get started. The introductory information provided about STEM was straightforward: The program followed a 10-week couch-to-5k format and gathered three times per week at a confidential location (for the safety of the women). The program would conclude with all runners and volunteers participating in a local 5k road race, with all registration fees covered by the program. I was told that, although the women were of varying skill levels, most had little running experience or had never run before, let alone run three consecutive miles. The ages of the women varied, and volunteers were allowed to disclose as much about themselves as they felt comfortable with. In fact, they mentioned that several volunteers kept in touch and continued to run with women who previously participated in the program. Finally, I was told that all runners had signed up willingly to participate in the STEM program rather than it being a requirement of any sort. Thus, I already admired the courage of these women for choosing to participate in a program they would likely find challenging, yet optimistic that they would also find it beneficial and rewarding for the same reasons I have, and more.

On the first day of training I found myself both justly excited and unexpectedly nervous. The nerves arose out of uncertainty of the overall experience, but especially over how I should interact with the runners. What should I talk about with them while running? There is quite a lot of time for chatting. Are they going to talk about their domestic violence and addiction histories? Should I utilize the therapeutic skills and techniques I have been taught to use in the therapy room? How much personal information do I disclose? I am sure they will ask about me. How do I even be a “coach”? I have never done anything like that before. I hope I am not bad at it. The questions and concerns seemed endless.

After meeting the runners and other volunteers, however, I quickly realized that these worries were completely unwarranted. The first several training sessions were fun and lighthearted, and consisted of introductions and casual conversation. In many ways, it felt like any other group of runners. However, there were certainly noticeable differences. The first workout involved alternating one minute running and one minute walking intervals, which a number of women were unable to complete. Additionally, because many of the women had never run before or had not done so in years, most attended the first few weeks of training in jeans, and nearly all of them did not have a pair of proper running shoes.

Yet, the runners maintained their motivation and continued to show up even under awful weather conditions, including bitter cold, strong winds, and heavy rain (or, on too many occasions, a combination of all three). To me, this spoke greatly of their resilience. Fortunately, a few weeks into training the STEM organizers brought all the women to a local running store and provided them with new pairs of shoes and activewear, which undoubtedly boosted their confidence. Over time, their resilience was made even more apparent as some of the women gradually opened up and willingly shared their stories with me. One woman informed me that running may be difficult considering one of her hips was mostly metal, and later revealed to me that this was due to her hip shattering in a car accident she was in as a teenager, which killed two of her best friends and was the impetus for her use of painkillers.

A few weeks into training I was asked by a program organizer to pair myself with one particular woman, who I will call Anne, because we had similar running paces. I had spoken to Anne a few times during the first training sessions, and I remember vividly the pair of 1-inch wedge heel sneakers that she initially ran in, which simultaneously impressed and terrified me for her safety. At the end of each training session, I always commended her for her efforts and for finishing the run, and asked how it felt for her mentally and physically. The progression of her responses was notable: At first, her answers were typically along the lines of, “Wow, that felt really hard” and eventually changed to, “That wasn’t too bad this time” or, “It was difficult because I pushed myself, but I feel great.” Over the weeks, she shared with me other goals she set for herself in hopes of improving her lifestyle, health, and running. Anne would tell me that she wanted to cut down or even quit smoking, and that she had been trying to eat foods that she read would improve running abilities. While it was amazing to see her endurance and pace improve over time, this was secondary to watching her motivation and confidence grow. One particular conversation toward the end of the program fully embodied this evolution. After running three miles consecutively, I exclaimed “Anne! You just ran an 8:00 minute [per mile] pace, and that last mile you did in 7:30! You did incredible! How did it feel?” Her facial expression could not hide her excitement and shock. She replied, “Really? I can’t believe that! When I started my goal was just to run it under 30 minutes.” I said that it was probably time to set a new goal.

Anne was one who never talked specifically about her substance abuse history and recovery with me in detail, nor did she need to do so. Over the weeks, she told me in other, more subtle ways how STEM was beneficial to her and her sobriety. She would tell me that each day she looked forward to coming to the program, how great she felt afterwards, how it kept her busy, and the sense of accomplishment she gained. The only time she made any reference to her struggles with addiction was when she told me that running gave her a sense of achievement as well as something to work toward, “just like [her] recovery. It keeps [her] motivated to stay sober.”

The 5k road race at the end of the program came quickly. On the drive over, many of the women mentioned how excited they were, yet also nervous. The other volunteers and I explained that this was normal, but reminded them that the most important thing was to have fun and appreciate all the hard work they put in to get here. Most of the women had never attended or participated in such a race, so I was not only excited for them to fulfill their running goals, but was just as excited for them to experience one of my favorite aspects of these races—the atmosphere.

The running community is welcoming, friendly, and encouraging, which generates an incredibly supportive race environment. At these races, it is not unusual to hear “great job,” or “keep going, you can do it” from other runners who pass by, or for strangers on the side line to cheer you on. I knew the women would enjoy this considering they continually expressed their appreciation toward the STEM volunteers for our support throughout the program. One woman in particular frequently thanked me for taking the time to attend the training runs despite having a busy schedule. Another expressed gratitude on social media for helping her through a particularly difficult training session. These women, as with any psychotherapy client, benefit from having positive supports in their lives, and there was no lack of gratitude from the STEM women for this.

Needless to say, all of the women successfully completed the 5k race. Anne even won her age group division. Though it was exciting to watch everyone finish, it was sad that the “season” had ended. The potential benefits of such a program are vast and apparent, and parallel several elements of therapy that I, and we as a field, aim to encourage and foster with clients, such as goal-setting, increasing positive supports, and a sense of accomplishment, strength, and capability. For some, running is able to provide many of these elements and is a hobby at which they will continue to work. In fact, a number of the women have signed up for STEM’s first half-marathon training program, including Anne. As for myself, I look forward to continuing my participation in STEM’s training programs as a volunteer coach, and am optimistic that the women will take what they have gained from this program and apply it to their lives and recovery moving forward.

For more information about the program and becoming involved, please visit the STEM website at http://www.stemrunning.com/, watch a brief video about the program at https://www.youtube.com/watch?v=uhk4GvdbMDo, or email Brittany King at bking3@albany.edu.

King, B. (2019). Strong through every mile: My experience empowering survivors of domestic abuse and addiction through running. Psychotherapy Bulletin, 54(1), 63-65.

When You Wish Upon a Star

Manifestations and Outcomes of Pediatric mTBI 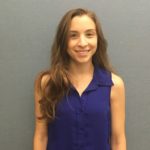