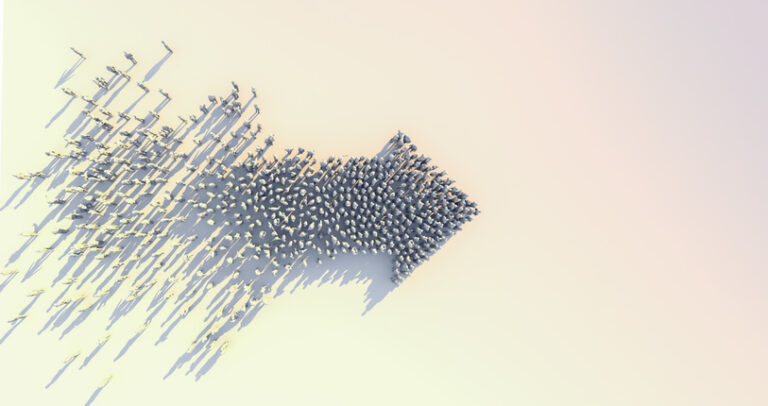 “The Future’s in the Air. Can Feel it Everywhere.”

An Exciting Vision for the Future -- Senior Administration

Today the Veterans Administration (VA) provides care at 170 Medical Centers and 1,074 outpatient sites. The 2018 VA Projection Model developed estimates there were 19.5 million Veterans in 2020 and that by 2048 the number will be 13.6 million, a 43% decline. This year, 2021, there are approximately 18 million Veterans. Nine million of them are enrolled with the VA and about 6 million actually receive care from the VA.

In contrast, the Military Health System (MHS) provides in-patient care at 51 hospitals (currently about 16 of these hospitals are outside the continental United States), 424 medical clinics and 248 dental clinics worldwide. There are about 1.4 million active-duty military and 331,000 reserve component personnel. The MHS also provides health care to family members of active duty, to retired personnel and their family members, surviving family members and others identified as eligible in the Defense Enrollment Eligibility Reporting system. This care is available (with certain limitations and co-payments) now through the TRICARE health plan. In 2001, TRICARE benefits were extended to retirees and their dependents over 65 in a program called Tricare for Life system (TFL) – bringing the total population eligible for care through the MHS to about 9.5 million. Estimates now are that about 6.5 million use their MHS benefit.

In contrast to the VA which is projected to see a 43% decline in eligible beneficiaries by 2048, the military health system beneficiary population will remain essentially constant at about 9.5 million unless there is a significant change in the size of the active and/or reserve components. Currently this appears unlikely.

The VA has a very large and aging infrastructure. It has fixed treatment facilities in every continental state and shares facilities with the military in Alaska and Hawaii. In addition, there are a few joint VA-DOD medical facilities in some continental states. For political reasons the VA infrastructure is unlikely to shrink. Even now parts of it are not being used at capacity. Perhaps it is time to start considering opening some VA facility care to MHS eligible beneficiaries in areas remote from MHS fixed facilities but near under-utilized VA facilities? - Harold Koenig, former US Navy Surgeon General

NASEM: The National Academies of Sciences, Engineering, and Medicine’s (NASEM) Forum for Children’s Well-Being conducted a virtual workshop in September, 2020. APA’s Brian Smedley, along with several of his psychology colleagues, was an active participant in Re-imaging a System of Care to Promote the Well-Being of Children and Families. Highlights of the workshop: the true impacts of COVID-19 on children and families may not be fully known until after the pandemic ends, but many agree that a new system of care is needed to promote the well-being of children and families in the pandemic’s aftermath. The keynote speakers focused on addressing the need to dismantle structural racism through a systemic approach. Brian, in particular, argued for the importance of place as a way to frame race and focused on actionable opportunities to demonstrably improve conditions for health equity.

Challenges with equity begin early in life; Black babies are still more than twice as likely to die as White babies. For every dollar made in a White household, Hispanic American households make $0.73 and Black American and Native American households make $0.59. Racial inequities in socio-economic status (SES) are not reflective of a broken system. We have a carefully crafted system that is working exactly as it was designed, successfully implementing social policies, many of which are rooted in racism. Higher levels of economic, psychological, physical, and environmental stress have major adverse health consequences. Stressors in early life and adulthood can be passed on to future generations. For example, research showed that every police shooting of an unarmed Black male was associated with worsening health for the entire Black population in that state. A key step would be to raise the level of awareness about the extent of the problem; how racism has become embedded within our culture and how negative stereotypes develop.

Brian called attention to residential segregation, emphasizing that it set the stage for many racial inequities in other areas beside health. There is a geography of opportunity related to where people live. It is abundantly clear that a disproportionate cluster of health risks and a lack of resources predominate in the spaces where people of color live, all of which are tied to policy decisions. Segregation restricts socioeconomic mobility by creating public schools that are more under-resourced, have fewer employment opportunities, and result in small value appreciation on real estate in minority neighborhoods. African Americans are five times less likely than White Americans to live near supermarkets and more likely to live near fast food and liquor stores. Their spaces have fewer parks and green spaces and are more likely to be exposed to environmental hazards. There are various opportunities in economic systems for improvement that could contribute to reducing wealth disparities. These require innovative solutions to the current systems that begin with support at the foundation: the home.

What can be done? Brian urged a focus on prevention, particularly where people live, work, play, and study. And, there is a need for multiple strategies across sectors, including a significant investment in early childhood education. A central theme throughout the workshop was that the COVID-19 pandemic has pulled back the curtain on racial disparities within our current health system. There was a call for a New Paradigm for Improving Maternal and Child Health at the National Level. Our colleague concluded that there is an opportunity to move forward as a more equitable nation with the development of a sustained, long-term policy agenda and the simultaneous use of both place-based and people-based strategies to address structural racism for the greatest change.

Early Career: “With encouragement and guidance from my public policy mentor Russell Lemle, I discovered that my energy and passion for improving mental health policy was valued. I volunteered for and was selected as Division 55 (Psychopharmacology) co-chair of the APA convention committee (thanks to Neal Morris) and was subsequently elected to the Division’s Executive Board. Colleagues from these experiences helped me expand my involvement to other opportunities and provided support. For example, I applied and was chosen to be the student member for the inaugural year of the APA Advocacy Coordinating Committee, which led to writing a book chapter with former University of New Mexico President Bob Frank. My work on the APA convention was recognized by a colleague who nominated me for the APA Board of Convention Affairs. Although I was not elected, this led to an offer to join the APA Central Programming Group that provides peer review for cross-divisional programming and recommends Keynote speakers for the APA Convention.”

“I found that after applying to competitive training opportunities, I was often invited to interviews where I was asked about my ‘unusual’ accomplishments. Through my APA activities I was also staying up-to-date on current events in Psychology, which helped me view myself as part of our professional community. As I look back while nearing the end of my formal training journey, it is hard to imagine who I would have become without these experiences and mentorships along the way, for example, from former APA President Tony Puente. I would strongly urge students and early career colleagues with a budding interest in public policy to become actively engaged in APA and its Divisions, and, of course, in our State Associations.”

Enjoyable Memories of Practice Visionaries from the Past: On June 17, 1994, APA President “Dr. Bob” Resnick and I attended the graduation ceremony at the Walter Reed Army Medical Center. Navy Commander John Sexton and Lt. Commander Morgan Sammons became the first graduates of the Department of Defense Psychopharmacology (PDP) training program, under the aegis of Ron Blanck, future US Army Surgeon General and Chairman of the USU Board of Regents. As Steve Ragusea constantly emphasizes, they proved to psychology that our profession could learn to prescribe safely, effectively, and in a cost-effective manner.

From John: “It is wonderful to see the steady progression of prescription privileges (RxP). While writing that first prescription as an independent provider on February 10, 1995, I had my doubts about the survivability of psychology RxP given the intense opposition to this effort by psychiatry. Psychologists have prevailed because we saw the advantages of learning to prescribe, even though one might never acquire the certification. Those undertaking this arduous process realize the advantages of being a clinician with much deeper knowledge. We know we can better spot the ‘psychological masquerade,’ where one in seven patients who enter counseling have an organic basis for their psychological disturbance. Those psychologists learning to prescribe look at patients differently. No matter what theoretical orientation we had as psychologists, we learned to also look at such things as a patient’s hair growth, skin pallor, and breathing rate. Those on the front lines realize we have become the ‘full-service mental health provider’ in doing psychological testing, psychotherapy, and psychopharmacologic and health promotion interventions as needed. I strongly encourage any psychologist who is sitting on the fence about acquiring the skill to prescribe to step into RxP training and experience how this exponentially increases one’s skill as a clinician.”

March 27, 1999. “Dear Pat: It was really a coincidence being in Hawaii at the same time you were. Once again we enjoyed the Halekulani where true service is still very much alive. Thank you for the APA Presidential Citation for the Dirty Dozen from Dick Suinn. This is the occasion of its 30th Anniversary. Interestingly, the early meeting to capture the APA Presidency was held in Honolulu. This is the original list of the very first Dirty Dozen, and although it is 14 rather than 12, it might be said that an APA dozen follows the same number as a dozen bagels in Brooklyn. Here is the list (including 3 deceased): Theodore F. Blau; Nicholas A. Cummings; Raymond Fowler; Melvin Gravitz; Ernest Lawrence; Marvin Metsky; A. Eugene Shapiro; Robert Weitz; Jack G. Wiggins; Rogers H. Wright; Francis Young. In Memorium – C.J. Rosencrans, Jr.; S. Don Schultz; Max Siegel.”

“If the citation could be prepared somewhat in the fashion of the Broom Closet Society where all the names are listed together on one sheet, I would take it upon myself to have 14 copies reproduced in color, one for each member (including the deceased for whom I would locate an heir to send it to). The 11 living members have all indicated they will be in attendance, with the presentation being made on Thursday, the night before the APA convenes its convention in Boston. Ray Fowler has suggested the making of a lapel pin, an idea I understand is being implemented. Again, thanks for undertaking this.” -Nick Cummings

Self-care for Psychotherapists of Color