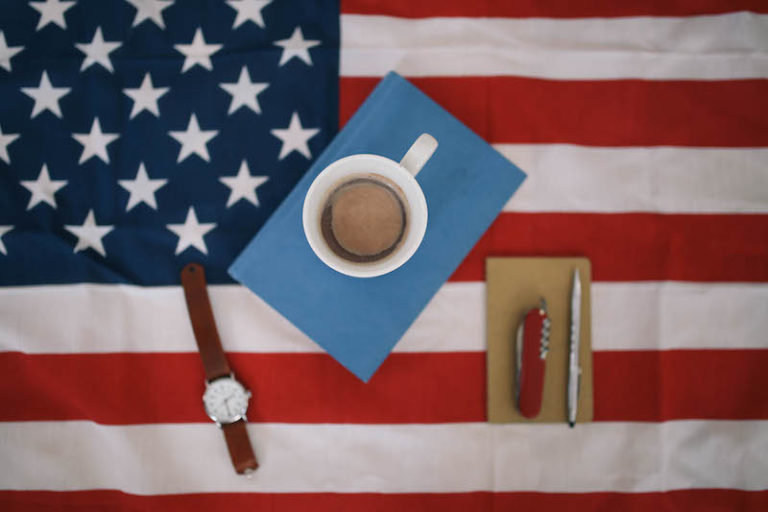 On January 20, 2017, Donald Trump will be inaugurated as the 45th President of the United States due to his overwhelming Electoral College victory over Hilary Clinton in November 2016. Throughout this long and seemingly never-ending election cycle, the ferocity of the primary battles and the eventual bedlam between the two major party candidates left large numbers of people experiencing significant stress and heartache over the race itself and its eventual outcome. According to a New York Times article by Lesley Alderman (2016), as many as 52% of surveyed adults attributed recent tension to the presidential election, with more Republicans (59%) acknowledging this tension than Democrats (55%).

Additionally, data from this aforementioned study conducted by the American Psychological Association (APA) also highlighted the additional negative impact that social media has had on people’s ability to safeguard themselves from the stress of the election (APA, 2016). Given the popularity of social media outlets such as Facebook, Instagram, etc., it was increasingly difficult for individuals to avoid these “triggers,” and it placed much responsibility on the individual to seek appropriate social or clinical support when needed. The Alderman article (2016) spoke about how many have utilized psychotherapy as a safe place to discuss various emotions associated with the current political rhetoric and the ways in which the election and its aftermath have emotionally impacted them personally, as well as affecting their relationships with others. Similar to other seminal national events that reverberate throughout the collective consciousness of Americans and those abroad, the results of this election have caused many to feel unsettled and unsafe, especially with regard to the issues raised by Trump while campaigning for president (Alderman, 2016).

The Importance of the Election Outcome

As close as one week prior to Election Day, most polls estimated that former Secretary of State Hillary Clinton held a commanding lead. FiveThirtyEight (Silver, 2016) for example, placed her chance of becoming the next (and first female) U.S. President at 75.6%, with Donald Trump’s chance of winning being estimated at 24.4%. Another poll found on the New York Times website predicted that Ms. Clinton had an 88% chance of winning the White House, due in part to the demographics of the Electoral College and her ability to capture states that traditionally vote Democrat (Katz, 2016). It seems fair to say that, for many, the outcome of the election came as a surprise, and mental health professionals are likely no exception.

Given how strange the election cycle was and the unexpected outcome of a Donald Trump presidency, it is important to examine his positions as they relate to important topics impacting the country in general, both to predict how a Trump administration may govern and to assist in the discovery of creative solutions to longstanding issues facing the U.S. and the world. In the midst of this election cycle, much attention was given to important topics such as trustworthiness, allegations of corruption, foreign policy, immigration, and the use of “enhanced interrogation techniques,” or torture, by the U.S. government. Although these were all important topics with clear implications for the field, healthcare also received tremendous attention due to President Barack Obama’s implementation of significant national healthcare reform in 2010, which is officially known as the Patient Protection and Affordable Care Act but commonly referred to as “Obamacare” (U.S. Department of Health and Human Services, 2015). To address broad policy implications would be beyond the scope of this article; however, it is worth examining a few issues raised during the campaign that relate specifically to mental health and President-elect Trump’s apparent positions on them.

As a psychologist and medical professional, I am significantly interested in the policies through which Donald Trump plans to address healthcare concerns in this country, especially those concerns related to mental healthcare and reducing the stigma of mental illness. This focus is not only related to the direct ways in which legislation might impact my career and my service delivery of therapy. In my eyes, gaining perspective on his understanding of how to care for those with mental healthcare challenges speaks to the President-elect’s ability to understand the needs of the various members of the community, whether they face temporary struggles or are profoundly impacted by severe and intractable mental illness. In order to better understand the ways in which our healthcare system might change with Donald Trump as President, I researched each of the major candidates’ positions on mental healthcare in order to collate this information to foster further discussion and hold him eventually accountable for his suggested improvements or lack thereof.

When exploring the views of the various candidates in this election, it was clear that each took a particular approach to addressing mental health concerns. While some focused on specific steps to improve the mental healthcare structure and service delivery in this country, others focused on addressing systemic stressors that often impact someone’s emotional wellness or resilience, such as poverty, violence, physical health and wellness, and access to education. For example, Donald Trump’s official campaign platform for mental health offers no specific policies but instead is a three-sentence aspirational statement:

Finally, we need to reform our mental health programs and institutions in this country. Families, without the ability to get the information needed to help those who are ailing, are too often not given the tools to help their loved ones. There are promising reforms being developed in Congress that should receive bi-partisan support. (Trump, 2016b)

In addition to these remarks, mental healthcare reform is also mentioned during his comments on gun control and the need for more thorough background screenings before gun purchases (Trump, 2016a). In this section, he again does not mention particular changes that he would like to make but instead speaks to a desire to expand care and coverage for those impacted by mental health concerns. The inclusion of mental healthcare reform in this section has the potential to do more harm than good, as many may see this connection drawn between people with mental health challenges and mass shootings as further stigmatizing individuals with mental illness or disability.

Additionally, his statement on this subject suggests these steps are designed to protect the general public from the “mentally ill” because they are “dangerous,” as opposed to adopting a more compassionate approach that could acknowledge the dangers posed by a small minority of significantly violent people obtaining guns with an element that humanizes those impacted by mental illness who have no desire to harm anyone and never will. This, combined with his previous comments about how soldiers with Posttraumatic Stress Disorder are mentally and emotionally weak (Angenend, 2016) does not suggest an interest in promoting compassion and sensitivity toward those we serve in the mental healthcare field. This presents a significant blind spot for a Trump presidency that would need to be addressed through appropriate lobbying and support by mental healthcare advocates and practitioners who can educate the President-elect on how to formulate empowering healthcare for those with mental illness.

Additionally, a Hillary Clinton presidency presumably would have focused on increasing the number and availability of mental healthcare providers to meet the needs of the population, as many clinicians are overworked and underfunded to meet the demands of the community (Christie, 2014). Like Donald Trump, Green Party candidate Dr. Jill Stein, and Libertarian candidate Gary Johnson, Ms. Clinton was similarly focused on addressing systemic challenges in this country that lead to decreased quality of life and, in more severe situations, potential mental illness (Clinton, 2016). The final major area that Ms. Clinton hoped to address with regard to mental healthcare was improving the ways in which health insurance companies allow customers to seek out mental healthcare, to increase the ease and fluidity of this process (Clinton, 2016). This would have helped ensure that those in need are able to find local, competent, accessible, and engaged therapists to assist them with addressing their cognitive, emotional, social, and behavioral mental health challenges.

Given his lack of direct political involvement prior to his Presidential campaign due to his career as a businessman and the dearth of precise policy positions on his website, it is difficult to predict how the new administration might respond to key mental healthcare legislature, and no clear estimations can be made about likely policy changes. It is perhaps reasonable to assume that, like past U.S. presidents, Donald Trump would surround himself with well-respected mental health advisors and clinicians in order to more formally outline his mental healthcare policies; thus, it is possible that many of his policies could end up being similar to or better than those more thoroughly outlined by Hillary Clinton and others. However, given the lack of concrete information provided by his transition team and lack of focus on mental healthcare during his recent speeches, that is more of a possibility than a fact.

Looking Toward the Future

One open question is how willing the new administration will be to work with others, including former rivals. For example, although Dr. Jill Stein lost and has been criticized for remarks that seemed to connect vaccines to autism (Watkins, 2016) despite research refuting that claim (Scott, 2015), she did present creative visions for addressing the clinical, educational, employment, and financial concerns of those living with autism and other developmental disabilities (Stein, 2016). To ignore the contributions that she made to a worthy conversation about the rights of individuals with autism because of her significantly low poll numbers in the election would be a disservice to that population and would not be in the spirit of democracy and community action. As outlined above, Ms. Clinton offered potentially workable solutions and ideas for addressing mental healthcare challenges. Every political player in the presidential race possessed some valuable knowledge to share with the community in order to make the country a better place, and it is up to President-elect Trump and the community to listen for these moments and break party affiliation to acknowledge and recognize creative ideas.

Donald Trump faces the challenge of dealing with the aftermath of the electoral stress that many in this country faced during this past election cycle while also helping to mend a country fractured by “us” versus “them” divisive rhetoric. To address this stress, the President-elect must work toward unifying the country under common goals, such as improving mental healthcare, in order to galvanize attention and energy productively instead of sustaining dissention over the outcome of the election and his upcoming presidency. My hope is that this great country of ours can demonstrate its true collaborative spirit and work towards assisting the President-elect with continuing to make the nation prosperous and safe for all of its citizens—and that Donald Trump works terribly hard to mend the fences that he broke on the way to this historic crossroads.

Katz, J. (2016, November 1). Who will be President? The New York Times. Retrieved from http://www.nytimes.com/interactive/2016/upshot/presidential-polls-forecast.html

Silver, N. (2016, November 1). Who will win the Presidency? FiveThirtyEight. Retrieved from http://projects.fivethirtyeight.com/2016-election-forecast/

Navigating Politics in the Therapy Session

« Becoming an Effective Art Therapist in the Group Format
A Taxonomy for Education and Training in Professional Psychology Health Service Specialties »
Society for the Advancement of Psychotherapy uses cookies to provide you with a great user experience. By using this website, you agree to the use of cookies on your device. SettingsACCEPT
Privacy & Cookies Policy