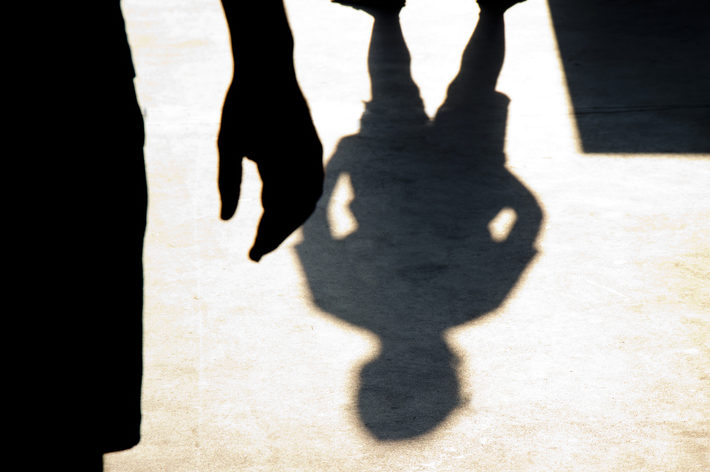 Clinical Impact Statement: The Tough Standard is a perfect book for individuals new and familiar with this field, as Dr. Levant and Ms. Pryor fuse a strong foundation of research with perceptive theoretical hypotheses to truly gain a new understanding of the role of masculine socialization in violence within the US. This review will provide a brief yet meaningful introduction of the materials covered in the book to potential readers, researchers, and professors.

With The Tough Standard, Ronald Levant and Shana Pryor address an overdue public health concern – the intricate relationship between masculinity and violence. As the public eye has turned to the problematic nature of traditional masculine ideologies within our culture in recent years, The Tough Standard is a timely and much-needed evidence-based analysis of the serious consequences of masculinity on individuals of all genders. While a plethora of literature has solidified the negative consequences associated with rigid conformity to traditional masculine norms (e.g., higher rates of mental health distress, substance abuse, interpersonal conflict, chronic stress, and physical health concerns) (O’Neil, 2012; Wong et al., & Miller, 2017), Levant and Pryor clearly and decisively organize this evidence to elevate the conversation around violence and manhood. As Levant and Pryor state, there is a “tough standard” for men in America today, and many traditional ways of being and manners of coping are no longer cutting it. Through this text, lay and academic readers alike are able to delve into complex conversations around masculinity and gain insight into alternative, positively adapted ways of experiencing and understanding masculinity in an ever-changing world.

Dr. Ronald Levant has been a preeminent figure in the psychology of men and masculinities and planted the seeds of his life’s collection of work on questioning the harsh socialization of men decades ago through his dedication to advancing feminism and equity between genders. Dr. Levant’s compendium of research on studying traditional masculinity, masculine role norms, masculine alexithymia, and advancing clinical treatment of men’s issues is woven through The Tough Standard. This allows readers to experience the unifying thread of passion and advocacy for men and women, which has permeated Dr. Levant’s prolific career. Shana Pryor, MA, brings a trauma-focused lens to the work with her distinctive background in advocacy and working to reduce sexual violence on college campuses and beyond. She has honed her expertise to focus on the determinantal impact of traditional masculinity on male survivors of sexual violence, and it appears that this expertise, in addition to her role as a long-time leader in Dr. Levant’s research lab, has created a seamless partnership between Dr. Levant and Ms. Pryor and produced an engaging and invaluable text on the current state of masculinity.

The social construction of masculinity is thoroughly explained, and a primer on theories of masculinity, the measurement of traditional masculinity, and the consequences of masculinity are offered. Through the articulate metaphor of masculinity as a prison for men, the specific linkages between masculine norms, ideologies, and gender role conflict and gun violence, physical violence, and sexual violence are explored. The compassion the authors feel for men can be felt throughout every chapter, with sensitivity to cultural identities, positive aspects of masculinity, and the difficulty men may feel when “incarcerated by their emotions.” The authors weave in and out of research-supported statements and personal experiences, bringing a personal lens to many of the concepts without losing valuable empirical support.  Furthermore, they manage to succinctly explicate ambiguities in the literature of masculinity and translate scientific data and theory to approachable conclusions linking traditional masculinity to current issues men and women are facing. For example, Dr. Levant and Ms. Pryor elegantly explore research on the role of testosterone in aggressive behaviors as well as social learning and gender norms. Thus, readers are able to access the difficulties of differentiating between biological or social etiologies of various aspects of gender while still engaging fully with the material.

Those interested in delving into this book can find various specific topics of interest by focusing on singular chapters or chose to immerse themselves in the book as a mono-experience. Specifically, Chapters Two and Three are an excellent introduction to the foundation of research and theory in the study of the psychology of men and masculinities. Chapter Four is a detailed review of former and current tools for measuring masculine ideologies, norms, and gender stress/conflict. While the addition of this chapter is understandable, from both a desire to lift the curtain on many iconic studies as well as highlight Dr. Levant’s body of work, readers with less of a statistical bent may choose to simply skim or pass over this section.  The authors assume a basic to moderate understanding of research design and statistical analyses and for those individuals reading The Tough Standard in order to gain more insight into violence and manhood, these sections may prove slightly weightier.

Dr. Levant and Ms. Pryor’s thoughtful analysis of factors contributing to violence sheds a bright light on a significant crisis in our society. They have developed several hypotheses to help explain the vast disparities in men as perpetrators of violence versus women. Specifically, in Chapter Five, they describe the underlying role of shame as a major motivator in men’s need to publicly engage in acts of traditional masculinity to maintain their confidence in their gender identity. Physical acts of violence by men, they state, can partly be understood by the interaction of shame with perceived threats to one’s sense of masculinity. In the same chapter, Dr. Levant and Ms. Pryor provide extremely insightful analyses of high-profile school shooters by applying the foundational theories of traditional masculinity to each perpetrator of a school shooting and allow readers to truly synthesize knowledge across the book. Through this analysis, the authors summarize, “school shooters appear to have a strong need to keep their emotions under control, which reflects the restrictive emotionality/ emotional control of four popular masculinity measures.” Here again, we see the critical importance of considering traditional and restrictive masculine norms in our current climate, as the vast majority of research and theory on school shooters has failed to incorporate.

The Tough Standard does have intentional mentions of diversity and intersectional considerations peppered throughout the chapters, with varying levels of integration. Research suggests that the more privilege individuals hold, the more uncomfortable or avoidant they may be of information related to inequity and privilege (Conway et al., 2017). From a reader’s perspective, it appears that Dr. Levant and Ms. Pryor worked to balance the incorporation of multicultural perspectives while remaining mindful of differing levels of awareness and critical consciousness. While The Tough Standard is thus not able to comprehensively address the true intersectional nature of masculinity in a holistic manner, the authors are appealing to a wide audience, which enables a specific focus on problematic aspects of masculinity.

The Tough Standard is a perfect book for individuals new and familiar with this field, as Dr. Levant and Ms. Pryor fuse a strong foundation of research with perceptive theoretical hypotheses to truly gain a new understanding of the role of masculine socialization in violence within the U.S. This text would also serve as an excellent accompaniment to any undergraduate or graduate course on gender or masculinity, bringing a welcoming and accessible tone while integrating decades of research and theory. There are various nuggets of enlightenment into men’s lived experience, shedding empathy and insight into the “prison of masculinity” for researchers, clinicians, professors, students, parents, women, and men alike. 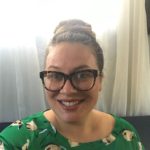