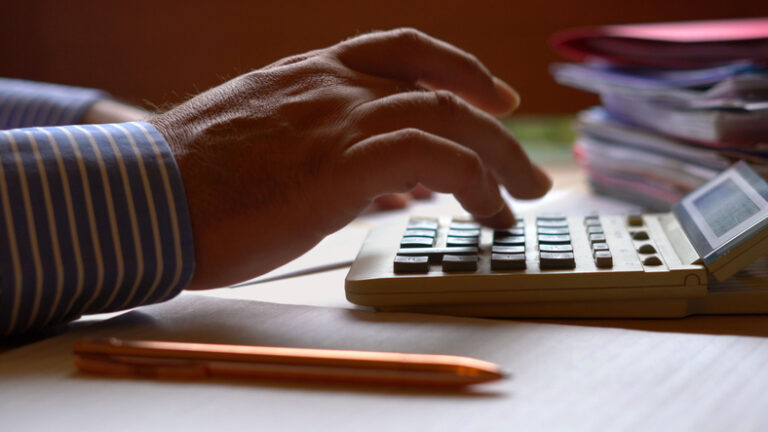 Department of Health and Human Services Secretary Xavier Becerra proffered: “Budgets are about more than dollars. They’re about values. And the President’s budget is a reflection of our values as a nation. From addressing health disparities to strengthening behavioral health to investing in our children, this budget will help turn hardship into hope for millions of families. And it will ensure we can fulfill our department’s crucial mission of improving the health and well-being of the American people.”

Highlights of the Secretary’s proposal include: Effectively addressing the national tragedy that the maternal mortality rate in our nation is significantly higher than most other developed countries and is especially high among Black and Native American/Alaska Native women, regardless of their income or education levels. The budget supports the President’s call for full parity between physical health and behavioral health care, comprising mental health and substance use disorder care. It addresses the significant connection between mental health and substance use by investing in a broad spectrum of behavioral health services. $7.5 billion has been proposed for a new Mental Health Transformation Fund, to be allocated, over 10 years, to expand access to mental health services through mental health workforce development and service expansion, including the development of non-traditional health delivery sites, the integration of quality mental health and substance use into primary care settings, and the dissemination of evidence-based practices.

Miriam Delphin-Rittmon, Assistant Secretary for Mental Health and Substance Use Administrator, who received her doctorate in clinical psychology from Purdue University, further noted: “Millions of people in America today are experiencing mental illness, coping with substance use disorder, or both – they deserve a healthcare system where everyone who needs help can access care when and where they need it. This funding brings us closer to providing necessary wraparound services in all communities across the country.”

The Administration has also proposed an historic investment in youth mental health and suicide prevention programs and in training, educational loan repayment, and scholarships that help address the shortage of behavioral health providers, especially in underserved communities. APA Chief Advocacy Officer Katherine McGuire consistently emphasizes that these are a very high priority for APA and she further heralded Miriam as a proud product of the APA Minority Fellowship Program.

Back in 2017, while exploring the most promising opportunities to improve health and health care in the United States, the National Academy of Medicine (NAM) noted that the nation’s behavioral health workforce was undersized and inadequately resourced, and that the available providers often lacked the specific skills and experience to offer effective, evidence-based and integrated care. Racial, ethnic, and geographical diversity of the workforce was lacking, and there was extreme maldistribution of behavioral health professionals. Further, it was observed that health systems will need to integrate physical health, behavioral health, and social-service delivery further to promote well-being optimally. Effective practice models of integration of primary care with behavioral health did exist but had not yet been scaled. Providers in different parts of the health care system were not sufficiently incentivized to work efficiently as a coordinated team to identify, engage, and manage care effectively for people who have both medical and behavioral health conditions. And, NAM specifically noted: “Our health system has not made full use of new communication technologies, such as telehealth and mobile health, to leverage the capacity of the existing behavioral health workforce… It is crucial to integrate new technologies with other treatment approaches so that they do not constitute an extra burden but rather become a seamless part of practice that enhances outcomes.” As long-time Hill colleague Peter Reinecke reflected: “This President’s budget proposes the biggest investment in mental health that I can recall!” The next step, we would suggest, is for psychology and psychiatric nursing to fulfill their societal responsibility to provide proactive and truly visionary leadership.

During his service on the Senate Appropriations Committee, Senator Inouye was instrumental in establishing the Department of Defense (DoD) TriService Nursing Research Program (TSNRP). We recently had the pleasure of participating in a Zoom video discussion, hosted by TSNRP Executive Director Heather King (CAPT, NC, USN), with Ada Sue Hinshaw (the first Director of the NIH National Institute for Nursing Research), and former DoD Nurse Congressional Fellows Diana Kupchella and Nancy Lescavage reflecting upon the establishment of the program after a Senate coffee break, scribbled out on a coffee napkin.

Heather: “TSNRP is a DoD program dedicated to ensuring that all service members, and their beneficiaries, receive EBP of health care in all care settings – from military treatment facilities in the U.S. to austere deployed operational environments worldwide. This unique DoD program not only provides support for operationally relevant research and EBP, but also offers research and EBP courses to enhance the knowledge and capabilities of military nurses to serve as Principal Investigators to answer critical research questions that affect the care that military nurses provide.”

“This year, TSNRP celebrates its 30th Anniversary. The humble beginnings of this program are inspiring. At the AMSUS Annual Meeting in the late 1980s, military nurse scientists discussed the need for tangible support to conduct rigorous research specific to the environments in which they practiced. The idea for what would become TSNRP was conceived. However, it wasn’t until a few years later, and with the help of many key leaders, that the idea of TSNRP became a reality. TSNRP has honored the late U.S. Senator Daniel K. Inouye, who championed TSNRP and military nursing during his distinguished career. He would be proud of the expanded cadre of military nurses now able to conduct rigorous research, publish scientific findings in peer reviewed healthcare journals, advances in care that service members receive as a result of this support, that over 500 research investigations have been funded, and that research findings are reaching the hands of deployed military healthcare providers with publications like the Battlefield and Disaster Nursing Pocket Guide. TSNRP is grateful for this incredible history and legacy, and looking forward to leading future innovative research, support partnerships, inform leaders, and support operationally relevant research and EBP to meet the needs of our nation’s warfighters.”

Beth Rom-Rymer: “As President and CEO of the Illinois Association of Prescribing Psychologists (IAPP), I was delighted to Chair the Eleventh Biannual and second hybrid Prescriptive Authority networking dinner event in snowy Chicago this past month. We had 100 participants, with about 35 attending in person. Psychologists joined us from all over the U.S. and the world, including Brazil and Canada, Oregon, Idaho, Texas, Iowa, Maryland, Alabama, and Florida. Keynote speakers included Morgan Sammons, one of the first Department of Defense prescribing psychologists, our chief lobbyist, Mark Taylor, and Corey Dabney, CEO and Chairman, Dabney Behavioral Health Hospital. Corey focused his remarks on the need for Illinois Medicaid to authorize treatment by prescribing psychologists. This authority is critical so that prescribing psychologists can more effectively meet the demand for comprehensive mental health care in the most vulnerable communities in Illinois. The IAPP, in conjunction with several partners, is currently pursuing legislation to achieve this goal.”

“To further the education and training of psychologists and psychology graduate students in clinical psychopharmacology, I recently established nine annual funding grants with the American Psychological Foundation (APF). To provide additional opportunities for psychology doctoral education and training for Indigenous students, I have been working with the Society of Indian Psychologists (SIP) and APF to create targeted funding grants.”

Social Justice for All – Through the Lens of Those Who Served

One of Senator Inouye’s personal priorities was to secure Congressional recognition for the heroism of the more than 260,000 Filipino soldiers who served alongside our nation’s military during World War II. In October, 2017, after waiting more than seventy years, the Congress authorized the Congressional Gold Medal for their service which was signed into Public Law 114-265 by President Barack Obama. This year, the Filipino Veterans Recognition and Education Project (FilVetREP) developed its fully online interactive educational program bringing to life the story of U.S. colonization and war from the perspective of Filipinos who fought under the American flag. “Duty to Country” (www.dutytocountry.org) is an initiative that explores the untold story of the United States and the Philippines designed for teachers in the classroom. Its story includes five lesson plans on key historical moments: the colonial period, World War II, the establishment of an independent Philippines and the passage of the Rescission Act, and the civil rights movement to restore Veterans’ benefits and path to U.S. citizenship.

“Students and teachers need to hear the voices and see the faces of American and Filipino soldiers who fought under the American flag and make their stories come to life,” noted FilVetREP National Chairman Maj. Gen. Antonio Taguba (Ret). “By creating an educational venue, we will enshrine their story in American history, and continue telling their story for generations to come.” The presentations are most timely and tackle some of the biggest questions in world and U.S. history – war, empire, colonization, military service, racism, immigration, civil rights, and the fight for racial justice. “Because their story was largely written by American military historians, they conveniently left out the contributions of these brave men and women. This is tantamount to being non-existent, because when the story of Filipino World War II Veterans is not told in their own voices, their service will never be known.”

“Where the sea is peaceful and calm.” (Israel Kamakawiwo’ole, Ulili E)