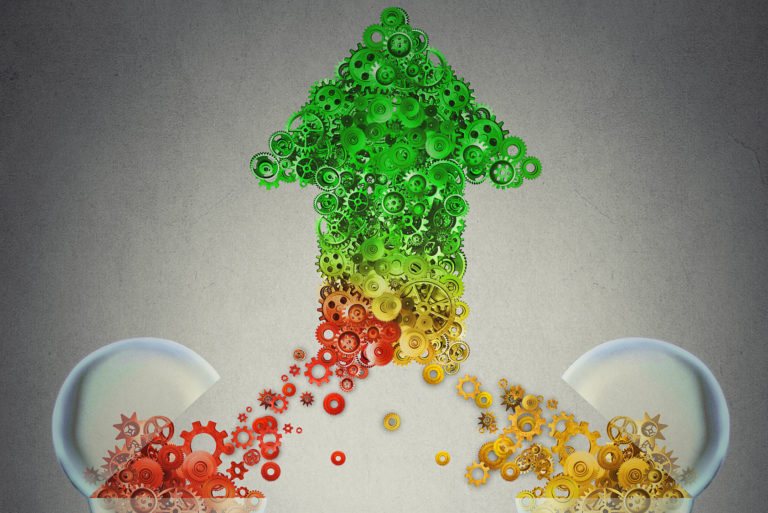 “This Country Will Not Be a Permanently Good Place for Any of Us . . .”

After nearly four decades of involvement at the federal policy level, we have come to appreciate how those who serve in higher office (whether within the Congress, the Administration, or their national professional associations) often develop an intuitive understanding of the “waves of change” and how their interests and expertise must continue to evolve in order to remain relevant and “cutting edge.” Former APA Presidents Suzanne Bennett Johnson and Susan McDaniel emphasized the importance of psychology affirmatively embracing interprofessional integrated care. Psychologist Peter Kaufmann, former Acting Director of the Office of Behavioral and Social Sciences Research at the National Institutes of Health and former President of the Society of Behavioral Medicine, recently transitioned to the University of Colorado’s College of Nursing as Associate Dean of Research. He finds that nursing faces challenges similar to those of psychology with respect to research and practice, yet both can learn from one another. Colleagues invested in mental and/or behavioral health must appreciate the fundamental importance of regularly interacting with the other disciplines (e.g., nursing, clinical pharmacy, social work, physician assistants, and medicine) which are essentially working with the same patients or systems/organizations—notwithstanding our different professional training backgrounds. Fundamental change evolves from collective past experiences and challenges.

“The first initiative took a year to accomplish: developing a meeting of Presidents and CEOs or Government Relations people of all the primary care and mental health professional associations (including family medicine, pediatrics, general internal medicine, psychology, psychiatry, social work, nurse practitioners, nurses, physician assistants, etc.). We called it the Integrated Primary Care Alliance. Eighty-three leaders from 28 associations met at the APA Tower Conference Center in April for two days, to work on inter-professional approaches to integrated primary care with regard to: advocacy, education, research methodologies, team-based care, and healthcare disparities. Many of these leaders had never met each other, and few had been to APA. More than a handful said this was the best meeting they had ever attended!

“To accomplish this task, we convened a group of talented expert educator psychologists who know integrated primary care and were already involved in Interprofessional teaching at the early graduate level. This crackerjack group was co-chaired by Ron Rozensky and Jeff Goodie, with the able assistance of Catherine Grus from the Education Directorate. We met once, but had many phone calls and emails before and after the meeting. Once the curriculum was in solid draft form, we sent it to members of the Integrated Primary Care Alliance for feedback. After incorporating their suggestions, the curriculum was posted to the APA web-site for anyone to access free of charge. Check it out! (http://www.apa.org/education/grad/curriculum-seminar.aspx). I wish all psychology students (practice, science, applied) were required to have an Interprofessional seminar early in their career, before applying any of it in practice or on research teams.” The era of perhaps comfortable, but unfortunately isolated, professional silos is rapidly passing. Those fortunate to work within visionary systems of health care delivery and/or educational institutions will find themselves increasingly exposed to exciting challenges and unprecedented opportunities.

Under the leadership of Dean Carol Romano, former Chief Nurse Officer for the U.S. Public Health Service, the Daniel K. Inouye Graduate School of Nursing (GSN) at the Uniformed Services University (USU) of the Department of Defense has recently initiated graduate student clinical placements in American Samoa. Located in the South Pacific, midway between Hawaii and New Zealand, this site was chosen in 1872 as a coaling station for the U.S. Navy. After the attack on Pearl Harbor on December 7, 1941, naval activity there increased significantly. On January 11, 1942, a Japanese submarine surfaced off the coast of Tutuila and fired 15 shells from its deck gun at the Naval Station, most landing harmlessly in the bay. This fire was not returned and it turned out to be the only Japanese attack on American Samoa during World War II.

American Samoa is a U.S. territory, covering seven islands and atolls. Its current population approximates 55,500 with a land mass of 76.8 square miles, slightly more than Washington, DC. It is noted for having the highest rate of military enlistment of any U.S. state or territory. Today, health care is provided by the Department of Health (DOH), the Lyndon B. Johnson tropical medical center, a VA clinic, and a federally qualified community health center. Traditional private practice is essentially non-existent. With an extreme shortage of health professionals of all disciplines, as is all too common throughout rural America, health disparities are rampant.

“Lt. Christopher Johnson (U.S. Navy) and I, Major Douglas Taylor (U.S. Army), were the first Graduate School of Nursing students from USU to complete a clinical rotation in American Samoa. It was a three-and-a-half week rotation, the first of a new partnership between the USU and the Department of Health of American Samoa. Professors Jill Schramm, Eric Pauli, and several other faculty members recognized the military and healthcare educational value of this experience. They worked with American Samoan partners, Sandra King-Young, DOH Director Motusa Tuileama To’atolu Nua (retired US Army), and others to establish a Memorandum of Understanding (MOU) signed personally by the Governor of American Samoa and the President of USU. Lt. Johnson is a Women’s Health and Family Nurse Practitioner student and I am a Psychiatric Mental Health Nurse Practitioner student. Interestingly, Mrs. King-Young served as an American Samoan Fellow in the office of the late U.S. Senator Daniel K. Inouye. In our judgment, this clinical experience was critical to our military mission, health education, and without a doubt, our personal growth.

“The mission of a military health officer is ensuring a Ready Medical Force and a Medically Ready Force. The medically ready force ensures our Service Members are ready for combat, but the ready medical force ensures that, as a health professional, I am ready to deploy and engage in medical care anywhere in the world. Our clinical rotation to American Samoa expanded our ability to effectively meet the mission of a ready medical force. The United States projects its presence in many ways and one such way is supporting, building, and contributing to the health stability of a region. I have to be ready to engage local leaders, local media, and local health providers. American Samoa provided a real-life testing of these skills.

“On our first day, jet lag in full force, we met with the Governor and Lt. Governor (a Veteran himself) and were surprised to find both news reporters and camera crew waiting to interview us [http://samoanews.com/visiting-medical-practitioners]. My training from Army Captains Career Course and media training from Operation Bushmaster (a field training exercise at USU) kicked in, and Lt. Johnson and I successfully navigated a media event, redirecting questions like ‘Will the U.S. military do anything about the supply shortages on the island?’ back to our clinical mission. Lastly, each day on the island, we engaged with local health providers, providing education and mentorship – ensuring that our presence had a lasting change to island health care.

“As a health professional, cultural competence is essential to providing relevant mental health treatment. On this trip, I learned that major depressive disorder can present incredibly similar in American Samoa as it does in my practice at home. I also learned about differences, such as how the American Samoan culture emphasizes the ‘We’ instead of ‘Me’ and that multiple members of the family will show up for an appointment. I’m thinking specifically of Joan (not her real name) who was brought in by her two younger sisters for being ‘forgetful.’ When she was called into my office, her sisters came in with her. At first, I assumed that it would be more culturally appropriate to include her family in the interview with her. However, this assumption proved wrong and, in fact, Joan opened up much more when we were alone. I learned that I had to be careful not to impose my beliefs of privacy, but also not to overcompensate by acting on misunderstood cultural norms. I definitely still have much to learn in the practice of identifying cultural similarities and differences in the therapeutic relationship. However, I know I am better at it for having served even so briefly in American Samoa.

“Lastly, I grew as a person while in American Samoa and this can only be attributed to the people I met. In particular, one person stands out as both an inspiration and hero. Mrs. Mara Brown is the director at the Juvenile Detention Center. I had the opportunity to meet her and the three counselors who work at her facility. Prior to her arrival, the youth who passed through the detention center cells rarely completed high school. Since she took over, 100% of the youth graduate from high school. She turned the detention center from a focus on punishment to a focus on rehabilitation and recovery. Two of her youth have gone on to join the military, one the postal service in Hawaii, and others have become productive members of the American Samoan community. Often times, she and her counselors will work twelve-hour days or over the weekend without compensation. It was amazing to see how one dedicated individual attained the right job, built the right team, and accessed the right resources to help the most vulnerable in our society. I was able to share some of my knowledge with her and her staff during a two-hour education session on suicide assessment and prevention. It was by far the most important work I did on the island and one of the most fulfilling moments of my professional life. I am beyond thankful for the opportunity to practice in American Samoa. I know I am better for it and I am confident that the people we met valued our presence.” Hopefully, the psychology, public health, and other medical school specialties at USU will soon follow the leadership of the GSN.

In 1982, the Institute of Medicine called for: “(G)reater interdisciplinary collaboration within the scientific community and more communication between it and clinical practitioners…. Interdisciplinary collaboration is not an end in itself; rather, it is a means to a higher goal – solving a problem…. (I)t should be possible to construct a reasonably unified biobehavioral science pertinent to health and disease, with major applications in all the health professions and by the public at large.”

“ … to live in unless we make it a reasonably good place for all of us to live in.” –speech by President Theodore Roosevelt, Chicago, Illinois, June 17, 1912.

The Importance of Group Supervision