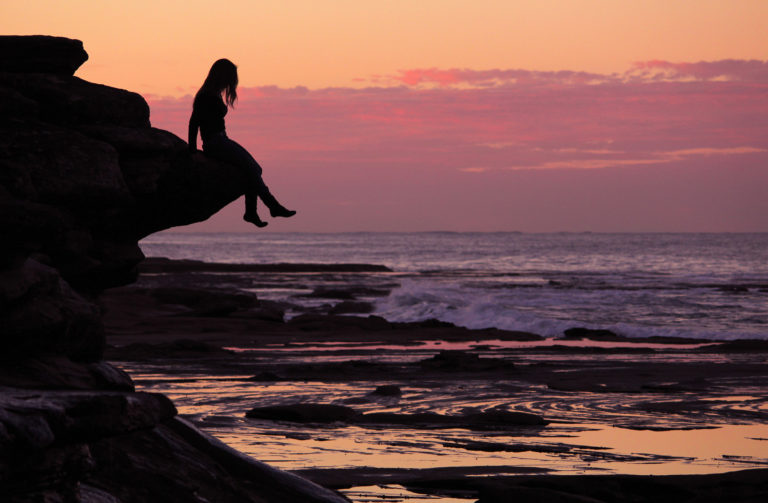 Self Reflection, Growth Edges, and Strengths

Clinical Impact Statement: This article uses personal experience to highlight the importance of helping psychotherapy trainees identify their strengths and weaknesses. The training and clinical implications of implementing this more holistic approach to self-reflection are discussed.

I am writing this article as a counseling psychology doctoral student who still has much training left to do. Nevertheless, throughout my training I have already come to realize that learning to be a good psychologist requires a ruthless examination of yourself. This examination must include a willingness to explore one’s weaknesses and vulnerabilities. However, I have also come to realize that this self-reflective stance must include an ability to identify and reflect and make use of one’s strengths. Below I share several “turning points” that helped me learn the importance of reflecting on my strengths and weaknesses.

My first therapy client during my master’s program was also a graduate student working on a psychology degree at another university. Throughout the intake, she was generally soft-spoken. Although she described her mood as good, her affect was somewhat constricted. Initially, she seemed detached/distant, and provided vague responses to questions. By the end of the intake, although I had managed to cover a wide range of topics, each area had only been discussed at surface level.

Following the intake, I attempted to formulate a case conceptualization and diagnosis. However, I found myself confused about my client’s dynamics. I decided to seek help from my supervisor, who had already watched the videotape of the session. I reminded my supervisor of my client’s main traits: perfectionistic, rigid, and overly conscientious. My supervisor offered a few tips for parsing out the possible diagnoses, and then stated that I should explore my negative countertransference. My supervisor noted that I seemed distant in the interview and wondered as to whether my own behavior suggested that I disliked my client and felt angry at her.

I immediately felt criticized by my supervisor’s comments, which triggered my fears of being a bad trainee and future therapist. Reluctant to admit these fears, I concluded that my supervisor must be mistaken. I made a conscious decision to appear present and compassionate during my next session with the client in order to appease the situation. However, as my client spent the majority of the session voicing concern for her grades and expressing shame for previous grades, I found myself extremely annoyed.

A few days later, I watched the tape of the session and reflected on my own affect and behaviors more closely. As I watched the tape, I noticed that I sat with a rigid posture throughout the session and conveyed disinterest in her problems. Most importantly, I noticed the glaring similarities between my client and myself. After deeper reflection, I realized that the very qualities with which I struggle were shared by my client. Consequently, working with her had triggered my own fears of failure, fraudulence, and inadequacy. I realized that these feelings had greatly impeded my clarity and empathy for her problems.

During the next session with my client, I decided to address my countertransference. I verbalized to the client that I felt badly for keeping my head down and writing for the majority of our first session. I then requested feedback from her regarding her feelings about our first few sessions. The client explained that although she did feel that I appeared preoccupied during the initial intake, she felt that I had “made up for it” during the last few sessions. To my surprise, the client also revealed feelings of inferiority and competitiveness toward me because we were both aspiring therapists.

Once she shared her own transference, I realized that every countertransference reaction is accompanied by a transference reaction. I now view transference and countertransference as inevitable parts of the therapeutic process that, when addressed properly, can help develop a sustainable therapeutic working relationship. Thus, I came to understand that my supervisor’s observations were not intended to be hurtful, but instead were offered as valuable information from which to learn. Indeed, I have come to learn that part of becoming a therapist is having one’s aspirations of perfectionism constantly challenged. Even more importantly, that the process is not about “doing it right”; it is about finding your way with another person and “making sense together” (Buirski & Haglund, 2001, p. 27). This collaborative stance requires openness to reflecting on one’s areas of struggle. Over the next few years I honed this skill of continuously exploring my growth edges.

Fast forward several years later, I am sitting in Dr. Candice Hargons’ social justice consultation and evaluation class at my current university. We were delegating tasks to each member of the class. This process involved a discussion about who would be best for each role (e.g., focus group leaders, individual interviewers). In order to facilitate this discussion, Dr. Hargons asked each of us in the class to name something we are good at that would be of value to the consultation process. The room fell silent and everyone immediately appeared uncomfortable, myself included. I even began to conceptualize my struggle to reflect on my strengths as a weakness in it of itself. Dr. Hargons seemed surprised that we were unable to identify and state our own strengths. At this point, she went around the table having each one of us verbalize what we bring to the consultation team. Perhaps what stood out the most during this event was that she even challenged our use of qualifiers. My classmates and I left class feeling more confident in our ability to work together and be effective. We also felt a sense of empowerment, as most of the time we wait to be informed of our strengths.

The irony of this event is that a primary defining value of counseling psychology is a focus on people’s assets and strengths (Gelso, Nutt Williams, & Fretz, 2014). Indeed, it is now widely accepted that identifying strengths should be a routine part of clinical assessment and case conceptualization (Gelso et al., 2014). Yet it is not uncommon for therapists to report feelings of anxiety and embarrassment when asked to reflect on their strengths (Haarhoff & Thwaites, 2016). If one of our primary aims is to help others identify their strengths, it seems important that we be able to identify our own. Engaging in regular strength-identifying dialogue likely increases confidence in one’s abilities as a counselor. Research demonstrates that receiving positive (strength-based) feedback enhances counselor self-efficacy (Barnes, 2004). Nevertheless, it seems possible that we come to rely on others to identify and affirm our strengths (Morrison & Lent, 2014). Perhaps the push to be self-aware leads us to focus on our deficits without acknowledging our strengths.

I think this aversion to identifying our own strengths arises from multiple sources. For example, trainees are often showered with information about the harm that can come from not being aware of one’s weaknesses. A lack of awareness can lead to errors in clinical judgments and a lack of therapeutic effectiveness (Knapp, Gottlieb, & Handelsman, 2017). Being modest, self-critical, and receptive to negative feedback reduces complacency and the likelihood of making errors in clinical judgement. However, there is some research indicating that too much self-awareness about one’s shortcomings can serve as a distraction within the therapeutic setting (Thériault, Gazzola, Richardson, 2009). Thus, I think we have to learn to use all of who we are, both strengths and weaknesses.

I think a focus on using strengths and weaknesses should be emphasized early in training. A few months ago, I was supervising a first-year student in the counseling psychology program at my current school. She asked if I could help her with an assignment asking her to list her strengths as a helper. My supervisee had listed numerous growth edges but had nothing written down for her strengths. I fought the urge to start rattling off her many strengths. Instead, I used the same strategy that my professor used that day in my consultation and evaluation course: I verbalized my belief in her ability to identify her own strengths. I believe we need more assignments that push trainees to identify their own assets in order to help them strike an appropriate balance between humility and self-confidence.

Reflecting on and verbalizing our strengths becomes uncomfortable, as it feels somewhat incongruent with the general idea of being open and receptive to feedback. Similar to the first time I received difficult feedback from my supervisor, I initially met this idea with extreme discomfort. Over time, however, my turning point has been an increased awareness of the importance of developing a level of comfort with my own capabilities. I am working harder to integrate components from the same strength-based approach with myself that I strive to use with my clients. That is, I am working to increase my comfort level with expressing my belief in my own abilities, so that I can better model a strength-based attitude with my future clients.

What Leads to Supervisees' Growth as Professionals?

« Meet the Publications and Communications Board Chair
Ethnic-Racial Socialization, Cultural Identity, and Perceived Stress Are Related to Mental and Physical Health in African Americans »
Society for the Advancement of Psychotherapy uses cookies to provide you with a great user experience. By using this website, you agree to the use of cookies on your device. SettingsACCEPT
Privacy & Cookies Policy