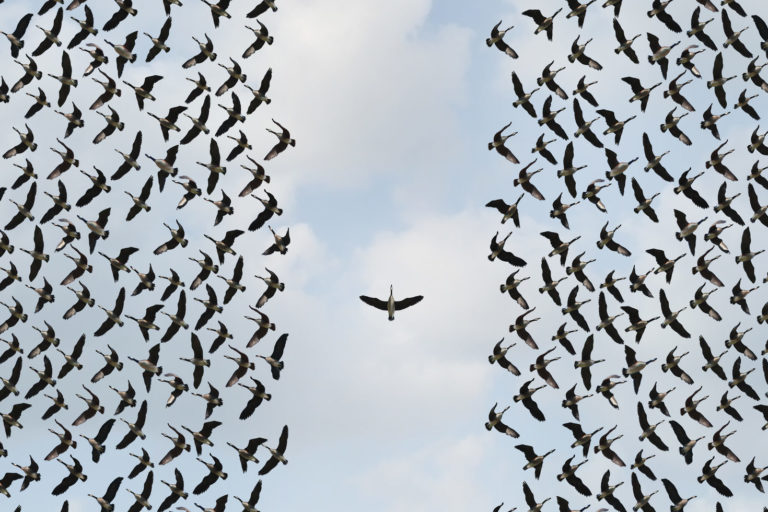 Internet Editor’s Note: Ms. Alice Coyne recently published an article in the Bulletin titled “A Reflection Upon Teaching and Mentorship.” You can access a free copy of their journal article here.

There is mounting evidence that individual psychotherapists have a notable impact on patient outcomes (whether measured globally or as specific outcome domains), accounting for about 3-7% of such variance across controlled trials and naturalistic settings (Baldwin & Imel, 2013). Moreover, most therapists possess relative strengths and weaknesses within their caseloads in terms of their domain-specific effectiveness; for example, one therapist might be effective at treating patients with depression, but not substance use). Notably, few therapists are effective across all outcome domains, and a small, but clinically meaningful percentage (~4%) are uniformly ineffective or harmful (Kraus et al., 2016). Thus, it seems vital for the field to uncover factors that contribute to therapists being more vs. less effective, both relative to others and within their own caseloads.

To explain between-therapist differences in patient’s general and domain-specific outcomes requires knowing something about the person of the therapist and/or therapists’ differential ability to facilitate important in-session processes (Constantino, Boswell, Coyne, Kraus, & Castonguay, 2017). Importantly, such determinants would inherently reflect competencies and/or characteristics fully owned by therapists that would influence their average effectiveness across all of their patients (relative to other therapists’ patients), or across all patients within a particular problem domain (relative to their patients with other presenting problems). Given that these determinants have to do with the provider him or herself, their identification, especially if they can be affected through training, could help address the field’s longstanding difficulty of defining and cultivating clinician expertise (Tracey, Wampold, Lichtenberg, & Goodyear, 2014).

Yet, to date, few such determinants of therapist effects have been unearthed. Moreover, it is presently unclear whether the few determinants identified thus far are indeed trainable. One oft-cited characteristic of effective therapists is their ability to be responsive to momentary clinical process (the idea of doing the “right thing” at the “right time;” Stiles & Horvath, 2017). Although responsivity is historically difficult to measure, one existing model, termed context-responsive psychotherapy integration (CRPI), provides a framework for systematizing such therapist behavior, allowing it to become a measurable and trainable skill (Constantino, 2016; Constantino, Boswell, Bernecker, & Castonguay, 2013). More specifically, CRPI proposes an if/then structure whereby therapists respond to common clinical occurrences with marker-precipitated, modular evidence-based strategies. For example, when the process marker of patient resistance to the treatment or therapist occurs in action-oriented, directive treatments, like cognitive behavioral therapy (CBT), it has been associated with poorer treatment outcomes (Westra, 2011). However, responding to such resistance with motivational interviewing (MI), a person-centered approach that privileges therapist support for patient autonomy, collaboration, and empathy, has been shown to reduce such resistance (Constantino, Westra, Antony, & Coyne, 2017). Thus, from a CRPI perspective, if therapists notice markers of resistance, then they can shift into responsive MI to address it more effectively than forging ahead with the treatment status quo.

To test this idea experimentally, Westra, Constantino, and Antony (2016) conducted a randomized controlled study that compared standard CBT for generalized anxiety disorder (GAD) vs. an integrative CBT where therapists were trained to responsively integrate MI specifically in moments of patient resistance. Although the two treatments resulted in comparable posttreatment outcomes, MI-CBT patients experienced greater worry reduction across the 12-month follow up. One interpretation of these findings is that training MI-CBT therapists to respond effectively to patient resistance improved therapists’ overall effectiveness, which contributed to the between-group differences in outcomes.

However, therapists themselves accounted for less than 1% of the variance in patients’ worry reduction in this trial (Westra et al., 2016), suggesting that the additive treatment effect was not also a therapist effect. Yet, although perhaps initially counterintuitive, it seems possible that training MI-CBT therapists on an evidence-based marker-response sequence (i.e., if resistance emerges, then shift into MI) may have actually reduced between-therapist differences in their “natural” effectiveness. In other words, if one reason that some therapists are more effective than others at reducing patients’ worry is that they naturally tend to respond to patient resistance with MI-like behaviors (e.g., empathy, support for patient autonomy), then training all therapists to respond in this way could level the playing field, so to speak, resulting in no between-therapist differences on the target outcome. If so, it would follow that therapists in the CBT condition, who were not systematically trained in this marker-based responsiveness, would be expected to show more variability in their ability to respond effectively to patient resistance, which could in turn lead to differences (i.e., between-therapist effects) in their overall effectiveness in reducing patients’ worry. Thus, we tested this question by investigating differential therapist effects between MI-CBT and CBT.

Patients in both conditions received 15 (50 minute) sessions. Standard CBT was adapted from several evidence-based treatment manuals (see Westra et al., 2016), and included cognitive (e.g., cognitive restructuring) and behavioral (e.g., worry exposure) strategies for reducing worry. The CBT component of the integrative treatment was based on the same CBT protocols. In addition, MI-CBT patients received up to four sessions of preparatory MI (Miller & Rollnick, 2002), followed by 11 sessions of fully integrative MI-CBT. In this phase, MI-CBT therapists were trained to integrate MI in two ways: (1) using the “spirit” of MI as a foundational platform from which to deliver CBT, and (2) shifting out of CBT and into MI in response to patient resistance. Upon resolution of resistance, therapists shifted back into CBT infused with MI spirit.

To assess outcome variance accounted for by therapists, we calculated intraclass correlations (ICCs) for each treatment condition from an unconditional 3-level model with repeated measures (level 1), nested within patients (level 2), nested within therapists (level 3). As expected, the ICC revealed that CBT therapists differed significantly in their overall effectiveness, accounting for ~7% of the variability in patients’ during-treatment worry reduction. In contrast, and as expected, MI-CBT therapists accounted for much less than 1% of outcome variability.

The present findings suggest that one potential determinant of between-therapist differences in treatment outcomes is therapist responsivity to a momentary clinical process—patient resistance. Without specific training on evidence-based strategies for responding to this marker, CBT therapists naturally varied in their responses as they delivered the treatment protocol, which may have resulted in differences in their overall effectiveness. Training therapists to responsively integrate MI into CBT vis-à-vis patient resistance may have removed between-therapist differences in effectiveness, suggesting that such training may systematize the factors that made some CBT therapists naturally more effective than others in these key moments. When these differential therapist effects are considered in the context of the overall trial results (i.e., that MI-CBT patients experienced better long-term outcomes than CBT only patients), they suggest that training therapists to use MI spirit and techniques to “roll with” patient resistance can improve their effectiveness in reducing worry. Thus, at least preliminarily, this marker-response sequence may represent a mutable determinant of between-therapist differences in treatment outcomes, rendering it an important aspect of clinical training.

Stop, Drop, and Roll With Resistance

What Is Trauma-Focused Cognitive Behavioral Therapy? 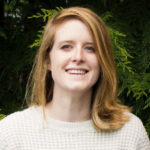 « One Dozen Important Actions to Take Now to Practice Ethically and Competently
Does Having Clients and Therapists Practice Mindfulness Together Have a Positive Impact on Psychotherapy Sessions? »
Society for the Advancement of Psychotherapy uses cookies to provide you with a great user experience. By using this website, you agree to the use of cookies on your device. SettingsACCEPT
Privacy & Cookies Policy