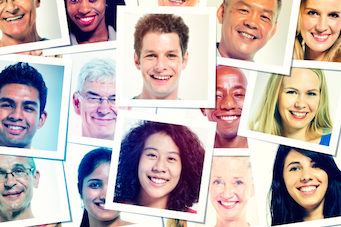 Things to Address and Avoid in Psychotherapy Practice

As the multiracial population is vastly growing in the United States (Humes, Jones, & Ramirez, 2011), it is important to know about the unique experiences that affect multiracial people, as these can arise in psychotherapy or during casual interactions in the clinic or office.  Multiracial people are racially and culturally diverse and identify with two or more races.  Multiracial clients are often young, and multiracial children are the fastest growing demographic group in the U.S. (Saulny, 2011). Moreover, interracial marriages have been at an all-time high recently (Chen, 2010).  This increase is likely related to the historic racist laws in the U.S. that made interracial marriage illegal in many states, until federally overruled in 1967 with the Loving v. Virginia case.  Yet, despite the fact that multiracial people are now one of the fastest growing populations in the United States, it is still one of the smallest demographic groups, comprising only 2.3% of the American population (Humes, Jones, & Ramirez, 2011).  Additionally, though mental health professionals should have adequate multicultural or diversity training, the multiracial population is often not studied as extensively as other racial and ethnic groups.

Multiracial people can even receive discrimination from their own family members.  Additionally, these microaggressions can occur in the clinical setting during psychotherapy.  By understanding these microaggressions as they happen in society, psychotherapists can be better equipped to avoid them in clinical practice.  Moreover, understanding these stressors can help psychotherapists to knowledgably address them when they are part of a multiracial client’s presenting problem.  This is important, as these stressful situations can definitely affect the emotional well-being of a multiracial person (Root, 1992; Salahuddin & O’Brien, 2011; Sanchez, 2010; Shih & Sanchez, 2005).

A common stressor is when multiracial people are not allowed to self-identify as multiracial.  Denying multiracial people the right to identify themselves as multiracial can be detrimental.  It can cause negative moods and negative self-views amongst multiracial people (Sanchez, 2010).  In a study where multiracial people were forced to choose one race only on a questionnaire, the multiracial participants felt they had less power over their social environment (Townsend, Markus, & Bergsieker, 2009).  This situation unfortunately happens often on demographic forms in multiple situations, from applying for a job or providing information at a new dentist’s office to signing up for a mailing list.  In social interactions this stressor often pops up with use of the question “what are you?” by both innocent persons and people with negative biases.  During such conversations, a multiracial person may disclose multiracial identity only to have the other person deny it, saying something like, “That’s not possible, you don’t look Black,” as if the other person is an expert on the way mixed race persons are “supposed” to look.

A multiracial person may experience this invalidation of one’s racial identity over and over again by many people and/or organizations many times throughout a day.  Johnston and Nadal (2010) call this microaggression exclusion and isolation.  For example, a multiracial client with an American Indian and White background talks about wanting to attend an American Indian community event during psychotherapy.  Then the psychotherapist says, “But you’re not Native American, you’re so pale.”  This leaves clients feeling as if they do not belong in the racial groups with which they identify, or that they are not allowed to identify with their racial and cultural groups.

Another common microaggression includes objectifying multiracial people or labeling multiracial people as exotic.  These types of comments can make multiracial people feel as if they are not “the norm,” or are different, simply because the person making the comment may not often see or know of many mixed race people.  In addition, such comments may make the person feel like an object, which can be dehumanizing (Johnston and Nadal, 2010).  An example of this during psychotherapy would be if a mulitiracial client with low self-esteem is complaining of perceived faults or negative traits, and the psychotherapist says, “But you are so exotic looking!” as an attempt to point out something positive.

Another stressful situation can arise when multiracial people are assumed to be monoracial, or when people mistake the identity of a multiracial person (Johnston and Nadal, 2010).  An example of this would be a psychotherapist who feels “safe” to speak negatively about Asian culture in front of a client who identifies as Asian and White, because the psychotherapist is assuming the client is not of Asian background.  Events such as these leave multiracial clients exposed to comments that are “not meant for their ears,” yet are still hurtful and insulting.  It can also leave a multiracial person feeling as if their physical appearance does not match what it “should.” Again, this “should” is being arbitrarily determined by others.

Denial of multiracial people’s reality is another microaggression (Johnston and Nadal, 2012).  Psychotherapists may accidentally do this when multiracial clients bring up issues that have to do with their multiracial background in psychotherapy, such as racially-related discrimination from others.  For example, a psychotherapist may say in disbelief that racism does not exist or, as the client is racially mixed, that they are exempt from racial issues and do not experience racism.  A psychotherapist may tell a part-White, part-Black client they should not be offended by discrimination directed at Whites because they are “not really White.”  These comments are invalidating, and racial discrimination that is perceived by multiracial individuals is an issue that should not be overlooked.

Lastly, an important microaggression to avoid is pathologizing multiracial people’s identities and experiences.  This occurs when others view the multiracial identity itself, or multiracial person’s experiences, as abnormal (Johnston and Nadal, 2010).  An example of this is when people believe mixed-race couples should not exist, as they would make biracial children unfit for society.  This view was a common reason why interracial marriage was illegal decades ago (Council of National Psychological Associations for the Advancement of Ethnic Minority Interests, 2009).  Similarly, this microaggression happens when people assume biracial or multiracial people have psychological or identity “issues,” simply due to having a mixed racial background.  These stereotypes imply multiracial people are abnormal, wrong, or that having multiracial offspring is deviant.

Generally, having a community or network of social support in which one can confide helps racial and ethnic minority populations deal with discrimination and the resultant stress that is associated with it.  Having such a community is particularly important for multiracial people, as multiracial people can have difficulty finding a multicultural or multiracial community with which to identify (Phillips, 2004; Wehrly, Kenney, & Kenney, 1999).  If unable to find role models with similar mixed racial backgrounds, multiracial youth may find it difficult to navigate periods of racial identity development (Shih & Sanchez, 2005).  Moreover, qualitative research with multiracial children, adolescents, and young adults by Nakazawa (2003) has shown that, even if biracial children’s families openly discuss multiracial issues, the children may feel their parents are still not be able to completely grasp what it is like to be multiracial, and thus the issues that can stem from it.  Additionally, a multiracial person by definition has family members of different races, meaning racism and/or lack of acceptance of multiracial people by family members is also very possible.

Such discrimination is, of course, confusing and frustrating, and has been linked to depression, low self-esteem, and lack of social connectedness (Salahuddin & O’Brien, 2011).  Given these realities, it may be important, especially with younger clients, to address their levels of social support and whether they have social networks in which they feel accepted.  This community does not necessarily need to consist of others who are multiracial.  Helping clients find social support where their multiracial identities are supported can help them with healthy multiracial identity development, and provide a space to be able to frankly discuss their experiences with discrimination or microaggressions.

Research has found multiracial adolescents use more drugs and alcohol than all, or some, adolescent groups of one race, or who are monoracial (Chavez & Sanchez, 2010; Choi, Harachi, Gillmore, & Catalano, 2006).  Racial discrimination in their neighborhoods and at school was significantly correlated with more substance abuse and violent behavior, underscoring the importance of inquiring about substance use and abuse, and what role substances play in multiracial clients’ lives. However, caution must be taken not to assume a multiracial client uses or abuses substances simply due to their multiracial background, as no causal relationship has ever been found between substance abuse and being multiracial.

Multiracial clients benefit from developing positive views of their multiracial identity, as an integrated multiracial identity is a protective factor promoting psychological well-being in adults (Jackson, Yoo, Guevarra, & Harrington, 2012).  Adolescents who do not have a stable racial identity have shown lower self-esteem (Sanchez, Shih, & Garcia, 2009).  For example, researchers have found that biracial people who identified as being biracial had significantly higher levels of self-esteem and significantly lower levels of depression than their biracial peers who did not identify as being biracial (Lusk, Taylor, Nanney, & Austin, 2010).  If a multiracial client’s family or social environment invalidates, or does not support, the client’s mixed race identity, psychotherapists can be of great service by helping the client foster pride in that identity.  Additionally, it would be helpful to provide multiracial people, especially children and adolescents, education on different identity stages and/or stressors they may face, and how to cope with difficult situations.

Despite the existence of many possible social stressors, multiracial people are resilient.  A study revealed multiracial identity increases both an appreciation and empathy for cultural diversity among others.  This shows that multiracial people may be more open to forming friendships with people from different racial groups than others (Shih & Sanchez, 2005).  Moreover, multiracial adolescents and young adults are less likely to be subject to stereotype threat that causes poor performance on tasks.  This may be because the multiracial participants are more likely to understand that race is not biological, but rather a social construct (Shih, Bonam, Sanchez, & Peck, 2007).  These areas of resilience, and others, can be used as an aid in helping to strengthen the self-esteem of multiracial people and can help to counteract the effects of discrimination and microaggressions.

Greig, A. (2015). Understanding the stressors and types of discrimination that can affect multiracial individuals: Things to address and avoid in psychotherapy practice. Psychotherapy Bulletin, 50(2), 56-60.

Nakazawa, D. J. (2003). Does anybody else look like me?: A parent’s guide to raising multiracial children. Cambridge, MA: De Capo Lifelong Books. 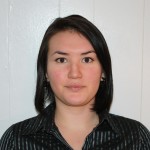