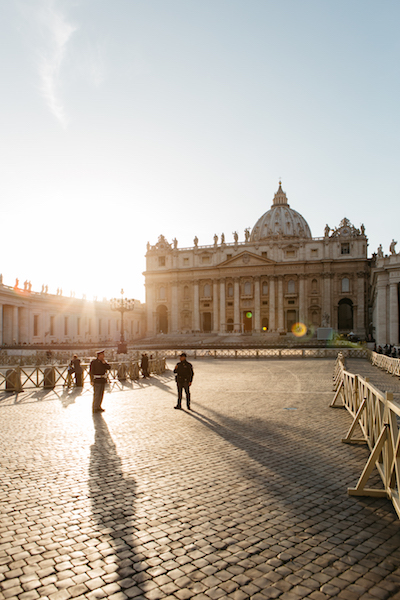 When the Sun’s Coming Up

This January, Beth Rom-Rymer invited me to attend her second networking event in furtherance of the Illinois Psychological Association’s (IPA) prescriptive authority (RxP) quest. “It has never been more clear to me that the work of legislation is an ongoing process. Our RxP law’s Rules are moving through a careful approval process. Beyond the Rules, I am committed to our work in the shaping of our statute so that prescribing psychologists continue to achieve the broadest possible range of prescriptive authority. It is also so clear that nurturing relationships with ‘community partners’ is critical to psychologists’ forming significant alliances within our larger community and achieving mutually important legislative and other professional goals, involving improvements in the statewide healthcare delivery system.

“To these ends, I hosted another networking event in my home, just a couple of weeks ago, at which I invited prescribing psychology trainees at the undergraduate, graduate, and independent practice levels; the prescribing psychologist Marlin Hoover; prescriptive authority advocacy leaders in neighboring states, including Bethe Lonning of Iowa; CEOs and medical directors of major medical centers and free-standing hospitals and clinics; representatives from the Illinois Hospital Association; Illinois managed care directors; the president and executive director of the state NAMI; the CEO of the oldest and largest social service agency in Illinois; Illinois University faculty and administrators; State government officers and State government Department chiefs of mental health and psychiatry; Nneka Jones Tapia, the first psychologist warden/executive director of the Cook County Jail; and the president and president-elect, the former executive director and current legislative liaison, and other governance and stalwart members of IPA. More than 80 people were in attendance. As hoped for, there was tremendous electricity in the air and a certain knowledge that we are creating revolutionary changes in the healthcare system in Illinois, changes that are reverberating throughout the country. What makes me most proud is the sense of community that we all feel. We are working together to provide excellent, comprehensive, integrated care to our patients and we understand the important role that each of us plays in this ever changing healthcare environment” [Beth Rom-Rymer].

During the memorable evening, Marlin, one of the true clinical and educational pioneers within the psychopharmacology movement, discussed the evolving status of the Psychopharmacology Examination for Psychologists (PEP). In August of 1997, the APA Council of Representatives authorized the development of the exam by the College of Professional Psychology for use by state and provincial licensing authorities as relevant prescriptive authority legislation became enacted within their jurisdictions. From the beginning, the Association of State and Provincial Psychology Boards (ASPPB) was actively engaged. The original Expert Working Group was interdisciplinary in nature and purposely broad in its expertise. It included seven of the 10 graduates of the Department of Defense’s Psychopharmacology training program. As Marlin accurately reported, the exam is currently being transferred from the APA Practice Organization to ASPPB, with the original PEP examination remaining available to candidates until March 30, 2017. This January, ASPPB issued a broad call for volunteers to assist in developing the new version of the national exam. “An exam of this nature requires periodic updates to ensure that it continues to assess current knowledge required for competent practice.” And, since the enactment of the 2002 and 2004 New Mexico and Louisiana statutes, organized psychology has obtained considerably more experience with the practicalities of clinical psychopharmacology. It was also quite striking, as Beth has alluded to, that there was genuine enthusiasm for RxP within the younger generation; in contrast to the proffered hesitancy we sometimes hear from senior colleagues.

As she enumerated during the recent APA leadership conference, one of President-Elect Jessica Henderson Daniel’s Presidential initiatives will be fostering psychologists as citizen advocates involved in policy at the state, local, and federal level.

At the federal level

Hawaii’s Kathy McNamara, who will be retiring from the Department of Veterans Affairs (VA) after 28 years, personifies that vision. “While in Washington in September for Hill meetings at the request of the APA Education Directorate Government Relations Office, I had an opportunity to meet with our Senator Mazie Hirono. The planned meeting was with her health counsel to discuss APA’s interest in having the Mental Health Reform legislation pass the Senate. While I was meeting with her staff, the Senator joined us. She voiced her absolute support of efforts to improve access to quality mental health care, though this legislation had not yet come to the Senate floor for her to weigh in with a favorable vote. The House already had voted almost unanimously in favor. I had been told in a meeting with the staff of another member of our Congressional delegation that what was holding up the scheduling for a Senate vote was the difficulty one other Senator had with a single part of the bill. Senator Hirono’s response to this reason for the delay, that one person could hold up something so essential, was to quip, ‘That is why I stay here!’

“While I appreciated the Senator’s statement of support, I appreciated even more the time she then took to stay in a conversation with me, sharing about her childhood in Japan, with a fond memory of being with her mother and eating persimmons (a reference to our persimmons season in Hawaii!). Among other personal aspects of her background, she proudly mentioned that her undergraduate major was Psychology, so her interest in psychological services has been long-standing. From her own background, she shifted to express an interest in my career. When I noted that I was about to retire from my work with our Veterans, but was considering volunteering in a Congressional office to address the issues which come from Veterans struggling with the VA system, she immediately commented that she would welcome me in her office! What a gracious, competent, and compassionate side of Senator Hirono was evident in this unplanned visit. And the legislation has still not come for a vote.” [The 21st Century Cures Act eventually passed the Senate 94-5 and was signed into Public Law z by President Obama including Rep. Tim Murphy’s mental health provisions].

At the community level

Eric Pauli of the Uniformed Services University of the Health Sciences Daniel K. Inouye Graduate School of Nursing (GSN) arranged for a tour of the aircraft carrier USS George H.W. Bush (CVN 77) on which Navy psychologist Lieutenant Amanda Berg serves. Amanda: “Mental health on an aircraft carrier takes psychologists out of the office and onto the deckplates to the heart of human experience. Mental health professionals in these settings are on the front line of preventive medicine and in vivo training to enact change and reinforce healthy behaviors. The embedded psychologist becomes an accessible resource for Sailors dealing with stressors as well as leaders seeking ways to enhance the performance of their ‘organization.’ By living and working together around the clock, this nontraditional approach to mental health care breaks down the barriers of seeking help from experts in human behavior, emotions, cognitions, and motivation to promote individual and group development.

“These nontraditional practices parallel movements across the field of psychology which is becoming to note the ‘value added’ by mental health through integration in primary care settings and multidisciplinary teams. Even within the U.S. Navy, specialty populations such as Marine Logistics and the submariner communities are requesting the addition of psychologists for mitigating risk and advancing the performance of their teams. We are no longer merely the “Wizard” that makes service members disappear (an amusing moniker given to military psychologists by the Marines). We do not simply sit in our offices conducting assessments and performing evidence-based therapies; we are sought after as consultants to solve problems on an individual and organizational level. Where mental health was previously considered taboo, we are now welcomed. We are changing the reputation of mental health.”

At the local level

Steve Ragusea: “All my grandparents came from the small city of Bari in Italy and settled in New York. My family didn’t have much money but we had a big family that provided the richness of love and acceptance. Of course, growing up in the South Bronx could be tough. I started carrying a knife for protection around the time I was eleven years old. My parents had dropped out of school after eighth grade and worked in relatively menial jobs. Kids like me didn’t know what we were going to do in life, but I for one knew I was going to college; it was certain because my parents told me I would go to college. By so doing, I could do more than drive a coal truck like my dad. Eventually I found myself teaching inner city school kids where I was one of seven white staff members in an otherwise all black school and during my first year, two other teachers had already been run out of that classroom. I was the third piece of fresh meat. I did what little I could to teach those kids about reading, writing, dramatics but most of all I taught that somebody cared. Despite the recent race-riots that left tank tracks in the street, despite the murders that took their fathers’ lives, I helped them learn that some of the adults in their lives were still in control and cared enough to tough out the bad times with them. My success came as one girl wrote on my annual evaluation: ‘I like Mr. Goose cause he kind.’ As time passed, I became less enamored with the subject matter and more focused on the kids, their lives, their families, their challenges, their psychology. After six years of teaching, I decided to become a psychologist. Maybe I could do more good that way, I thought. That was 41 years ago.”

In 2015 the Institute of Medicine (IOM)’s Forum on Promoting Children’s Cognitive, Affective, and Behavioral Health (C-CAB) released its workshop summary “Opportunities to Promote Children’s Behavioral Health: Health Care Reform and Beyond.” Psychologist Mary Ann McCabe chaired the planning of this workshop and several psychologists gave presentations (Parinda Khatri, Rahil Briggs, Lori Stark, Terry Stancin, Joan Asarnow, and the late Mark Chaffin). The participants noted that President Obama’s Affordable Care Act (ACA) “has several provisions that could greatly improve the behavioral health of children and adolescents in the United States. It requires that many health insurance plans cover mental health and substance abuse disorder services, rehabilitative services to help support people with behavioral health challenges, and preventive services like behavioral assessments for children and depression screening for adults. It increased funding for community health centers to improve the delivery of care for millions of children and their families. It legislated the standards of pediatric well-child and preventive coverage recommended by the American Academy of Pediatrics. It established a grant program to provide voluntary, evidence-based home-visiting services to young at-risk children and their families. These and other provisions provide an opportunity to confront the many behavioral health challenges facing youth in America.”

The IOM’s C-CAB Forum also noted that mental, behavioral, and developmental problems are at epidemic levels among children in the United States. Of the developed nations, our nation ranks among the lowest in terms of the maternal well-being, health, safety, and education of its children—with some of the highest levels of risky behaviors, and among the poorest housing and environmental conditions. A growing number of children have multiple conditions, such as asthma, obesity, and attention deficit hyperactivity disorder (ADHD). Childhood disability nearly quadrupled in the five decades after 1960.

There are exciting opportunities ahead for those with vision and passion.

« 2017 National Multicultural Conference and Summit Visit
In Therapy, You Must Engage the Child in the Child’s World »
Society for the Advancement of Psychotherapy uses cookies to provide you with a great user experience. By using this website, you agree to the use of cookies on your device.Close