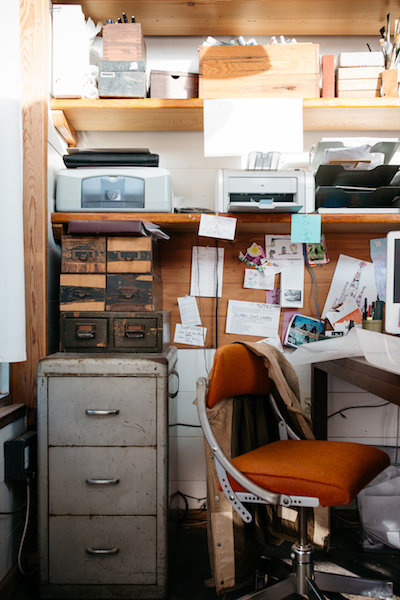 The Importance of Pursuing One’s Passion

It is exciting to reflect upon the challenges which dedicated colleagues have willingly embraced, especially when they are serving the “public good.” Two of our true RxP pioneers, who from the beginning have been on the front-line treating those in need of appropriate psychopharmacological care, have recently joined forces to promote global mental health. New Mexico’s Drs. Elaine LeVine and USAF (Ret.) Elaine Foster, who are among our earliest prescribing psychologists, have partnered to take on a weighty challenge indeed—global mental health.

According to the RxP International website (2015), citing the World Health Organization (WHO), half of all countries in the world have less than one psychiatrist per 100,000 people, and a third of all countries have no mental health programs at all. Access and quality of care are extremely critical within the U.S. and are even more striking in middle- and low-income countries. Our colleagues are well known for taking an unconventional slant on traditional medicine through their Psychobiosocial Model of Care. They emphasize psychological factors in all aspects of evaluation and treatment; the more traditional medical school “biopsychosocial” model typically emphasizes body over mind (the physical over the psyche).

WHO outlines the evolution of integrated care for mental health providers through a concept called “task shifting.” This is a process of expanded training for the healthcare workforce. The goal is to empower health workers to better assist those in need. In many countries there are few medical practitioners and the populations they serve are so vast that they are often not able to provide day-by-day services to their patients. Task shifting allows a mental health worker to make recommendations to a primary care doctor regarding treatment options, based on augmented training in psychopharmacology from a psychobiosocial perspective.

Our dedicated colleagues have moved beyond the theoretical concept of task shifting by launching a nonprofit organization, RxP International. The organization’s mission is to provide training in psychiatric medications as an adjunct to the many types of therapies that can be used in place of medicine. In order to make rational recommendations about when medications should be avoided or discontinued, a mental health provider must understand when, how, and why they are used in the first place. Helping practitioners gain the information and skills of this psychobiosocial model so that they consult effectively with medical personnel who are prescribing psychotropics is clearly a social justice concern since the focus is teaching people, many of whom are traditionally underserved, to better help themselves.

In order to reach the broadest population, RxP international has designed courses that can be offered through distance learning and an open communication forum. The courses target the most commonly diagnosed conditions, such as anxiety, depression, and psychosis, along with special populations, such as the elderly and children. The online forum is actively managed to help student-providers share their unique experiences and needs from their place in the world.

In addition to providing a more personalized educational experience, the information from this forum will be used by the course developers to gain a better understanding of mental health needs and interests around the globe. The RxP International signature course is a one-hour presentation on social justice, explaining the philosophy behind the movement and case studies on the New Mexico-Mexico border.

In many ways, this vision is targeting the need of those front-line practitioners who are addressing society’s real needs (i.e., those within the VA, DoD, state mental health systems, and federally qualified community health centers, or FQHCs). The underlying goal is to provide readily available quality psychopharmacological expertise for dedicated public servants who need access to practical information, regardless of whether or not they receive a formal credential.

“We want to create a dynamic learning environment where anyone, regardless of their formal professional discipline, who wants to expand their clinical skills anywhere in the world can join this social justice movement” [Elaine Foster]. Current faculty include psychologists Drs. Elaine Foster, Elaine LeVine, Mark Muse, John Preston, ABPP, and Mitchell Simson, MD. RxP International will be enlarging their number of offerings as the curriculum undergoes future iterations; for more information visit t heir website (www.rxpint.org).

One of psychology’s first RxP training programs was developed by former Division 55 (American Society for the Advancement of Pharmacotherapy) President Bob McGrath at Fairleigh Dickinson University. Bob is currently the Director of Integrated Care for the Underserved of Northeastern New Jersey, pursuing his passion for furthering psychology’s involvement in serving those “most-in-need” by working closely with FQHCs. When I enquired about enrollment in light of the recent legislative success in Iowa, Anne Farrar-Anton, the new director, reported they have 38 to 45 new students each year, which is quite impressive.

Recall that in Denver, Bethe Lonning pointed out that although it did take Iowa a decade to enact RxP legislation, since 2011 they had only needed to raise $3,535.50. The key to their success was grassroots campaigning and believing that their agenda was important for the citizens of Iowa. Accordingly, we would suggest that as the number of practicing psychologists obtaining this specialized training continues to increase and as the media continues to focus upon the pressing needs for quality mental health care (such as the much-publicized VA report that every day 20 Veterans commit suicide; Shane & Kime, 2016) more and more states will achieve legislative success.

“The Military Contingency Medicine (MCM) course, which includes the field training exercise called ‘Bushmaster’, epitomizes the mission of USUHS: preparing health care providers to operate in any environment around the world. There are two phases to the exercise and each phase is important. The first phase is a two-week didactic experience that ranges from dental emergencies in the field to the United States strategic goals of Global Health Engagement. The practical knowledge imparted is important, but what will last personally is an epiphany moment of recognizing ‘Military Health’ as its own unique specialty, a conceptualization of both the population I will treat and the role I will fulfill.

The second phase of MCM is Bushmaster, which lasts six days at a military installation in Pennsylvania. I participated by providing mental health expertise and support to the main body of troops training. It was an impressive operation and some of the highest-quality training in my military career. More than that, it had the unbeatable quality inherent to much of military life, camaraderie and fun of being part of a large group of people with a shared goal.

However, the truly lasting effect of Bushmaster will be the exchange of ideas and the relationships built between our graduate nursing students, international participants, medical students, faculty, USUHS alumni, and practicing providers from across the country. People I am guaranteed to cross paths with again, both stateside and across the world on any given mission” [Doug Taylor, USUHS mental health DNP student].

Evolving Approaches to the Future

With the enactment of President Obama’s Patient Protection and Affordable Care Act (ACA), the delivery of health care services within our nation is steadily evolving towards integrated systems of care, rather than maintaining our historical reliance on independent practice models. The federal government, and particularly the Departments of Defense (DoD) and Veterans Affairs (VA), have been on the cutting-edge of this movement. This was evident at the town hall meeting hosted last year by then-FPA President Lori Butts during the Florida Psychological Association’s 2015 Annual Convention, as her VA colleagues described their ongoing successes and challenges in meeting the mental health needs of their beneficiaries utilizing the maturing VA telehealth capabilities.

Licensure mobility is one of the new challenges facing practitioners of all disciplines who are interested in providing care in the 21st Century. Why should the locus of where one practices—especially in today’s virtual lifespace—continue to be a determining factor of one’s scope of practice?

In October 1998 the Pew Health Professions Commission, chaired by the former Senate Majority Leader George Mitchell, recommended: “Congress should establish a national policy advisory body that will research, develop and publish national scopes of practice and continuing competency standards for state legislatures to implement” (Romig, 1999, p. 260). This summer the VA proposed to permit full practice authority for its Advanced Practice Registered Nurses (APRNs) relying upon its federal supremacy authority. By the close of the public commentary period, an extraordinary 223,000 comments had been received approximately 60% supportive. Under the leadership of APA immediate Past-President Barry Anton and President-Elect Tony Puente, 16 former APA Presidents submitted a letter in support of the VA’s proposal.

The APA Practice Organization signed on to a similar statement as a member of the Coalition for Patients’ Rights, along with the American Physical Therapy Association. The American Association of Colleges of Pharmacy and the Federal Trade Commission also submitted highly supportive comments. It is significant that this proposal would only impact federal nurses working within VA facilities.

One aspect of this proposed authority, however, provides that for purposes of reimbursement, licensure, and professional liability relating to the provision of telehealth services, providers shall be considered to be furnishing such services at their location and not at the location of the patient. In response, the AMA and the American Association of Family Physicians (AAFP) expressed the concern that this approach would essentially create a workaround to medical licensure and lead to physicians who are not accountable to any medical board, as the board in the patient’s state would not be able to regulate an out-of-state physician and the board in the physician’s home state could not regulate an interaction with a patient in another state.

The AMA: “This provision would deprive TRICARE beneficiaries of essential protections by fundamentally subverting and undermining existing state-based patient safety protections that are currently in force, and remove an essential mechanism used by states to ensure medical care provided to patients in their state meets acceptable standards of care.” (See Comstock, 2016). They both urged reliance upon the interstate licensing compact of the Federation of State Medical Boards as a viable alternative.

The Association of State and Provincial Psychology Boards (ASPPB) has now established the Psychology Interjurisdictional Compact (PSYPACT) which is an interstate compact designed specifically to facilitate telehealth and the temporary face-to-face practice of psychology across jurisdictional boundaries. Thanks to the vision of ASPPB CEO Steve DeMers, this effort has been endorsed in principle by the APA Council of Representatives. The next step: Having our State Associations appreciate the importance of “Catching the Wave” and enacting timely legislation— “So hoist up the John B’s sail.”

Washington Scene: Fly Down the Highway