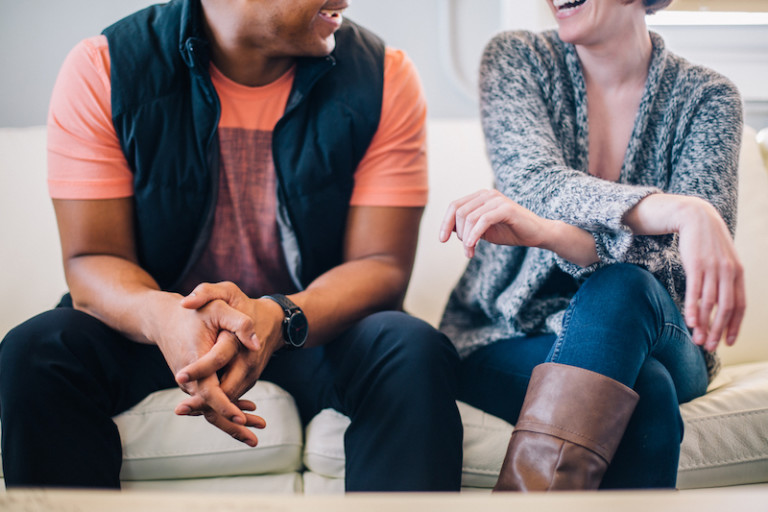 While lesbian, gay, and bisexual (LGB) youth are at high risk for emotional and behavioral problems, research has documented that family rejection increases these risks and family acceptance decreases them (Ryan, Russell, Huebner, Diaz, & Sanchez, 2010). In this article, I will apply concepts from family systems theory to work with families who are struggling with issues related to an adolescent child’s sexual minority status. Systems theory considers the ways in which multiple influences on a problem interact with and mediate one another (Guttman, 1991). Problems and symptoms are not considered properties or characteristics of individuals, but rather are embedded in a social network wherein particular modes of interaction become habitual and contribute to instigating problems, exacerbating them, or sustaining them. The emergence of symptoms in a family member points to the presence of flaws in a family’s structural organization, or dysfunctional transactional patterns that exist within the family and/or between family members and representatives of larger systems, such as social service agencies.

Although I will focus on LGB youth in this article, many of my remarks will apply to transgender youth as well. However, transgender youth pose specific challenges that require more extensive treatment than space permits. I also recognize some youth refuse to adopt traditional labels, and instead prefer non-traditional labels (e.g., queer). Here I focus on those young people who acknowledge an attraction or sexual desire for members of their own sex. Some of these youths might use traditional labels, and others might not. As in all cases, cultural factors are also important to consider, but space does not permit a thorough examination of these issues in this article.

When an adolescent “comes out” as LGB to a family—whether the disclosure is deliberate and planned, or the family learns indirectly, such as by discovering sexually-oriented material or LGB literature in the child’s possession—a crisis may be precipitated, in that the family faces an irrevocable turning point. Some families become preoccupied with the disclosure, while other families attempt to cope by ignoring it. In either case, the relationships between the sexual minority adolescent and the family members become organized around the disclosure, and other aspects of their relationship are neglected; this, in turn, reinforces or intensifies the distance or conflict among them (Micucci, 2009; 2015).

All family members, including the LGB adolescent, are actively contributing to this cycle. Moreover, what appears to be a crisis that has been precipitated by the disclosure might not be related solely to the issue of sexual orientation. Weaknesses in family relationships or conflicts in the family that pre-dated the disclosure might inhibit the family from resolving concerns related to the child’s sexual minority status. Working to promote second-order change (Hoffman, 1981)—that is, working to restructure the family and the processes underlying their interactional patterns—not only can help the family address the immediate crisis of the disclosure, but also could help build greater resilience to crises in the future. While facilitating acceptance is an important goal, a broader focus on the family system can have long-term beneficial effects for all members of the family, including the LGB adolescent.

These ideas are illustrated in the following case. Maureen called to request a joint session with her son, Adam, age 16, who had recently told her he was gay. Although she admitted she initially had difficulty accepting this news, she believed she had come to terms with it. However, she was worried about the reaction of her husband and Adam’s father, George, who had vocally expressed anti-gay attitudes in the past. Adam reported a close relationship with his older sister, Erin, a freshman at college four hours away, but had not disclosed his sexual orientation to her. Maureen’s extended family also held unaccepting attitudes toward nonheterosexual individuals. Maureen’s younger brother came out to the family 15 years ago, whereupon her parents and two older brothers terminated contact with him. Maureen stayed in touch with her brother, but tried to keep this a secret from her family and her husband. In the initial phone call, Maureen reported that Adam asked her not to tell George, as he wanted to tell his father himself and intended to do so within the next few days. Fearing George’s reaction, Maureen encouraged Adam to wait before telling his father, and instead come to therapy first.

While Adam’s announcement to his mother precipitated a crisis, the effect on the family must be seen in the context of the family’s pre-existing structure and dynamics. Adam’s disclosure uncovered weaknesses in the family structure (Minuchin, 1974), weaknesses impeding the family’s ability to handle crises, such as Adam’s coming out. Rather than focusing exclusively on family acceptance of Adam’s sexual orientation as the primary goal, the crisis apparently precipitated by Adam’s coming out can be an opportunity to help the family make a second-order change by reorganizing into a more functional and resilient structure.

Of course, potential safety issues should be assessed, including any risk Adam may have for depression, suicide, substance use, unsafe sexual behavior, or other concerns. But more can, and should, be done. In terms of family structure, George and Adam have a distant relationship, which is complementary to the close, perhaps enmeshed, relationship between Adam and Maureen. George and Maureen do not appear to have a strong parental alliance, in that Maureen appears to accommodate to George and fears his reaction, should he disagree with her decisions. She rebels stealthily—both against George, by showing support for her son, and against her family of origin, by maintaining contact with her brother.

These structural weaknesses remained unchallenged until exposed by the crisis of Adam’s coming out. So, in addition to providing support to Adam and monitoring his risk, interventions to foster second-order change in this family would be beneficial (Minuchin, 1974). Assuming it is physically safe to do so, Maureen must be empowered to address her concerns directly with George; Adam and George need to draw closer, and, in turn, there needs to be more distance in the relationship between Maureen and Adam. Erin’s departure from the family has also created a challenge for the family system. Whatever needs Erin was meeting for the family members will have to be addressed in other ways. Adam has lost a source of support, and Maureen has lost an ally. Strengthening extra-familial connections can help to provide some compensation for these losses (Minuchin, 1974). While, for Adam’s safety, agreeing to keep his sexuality a secret for a short time might be a reasonable compromise, maintaining this secret over the long-term would not be beneficial to the family system. The question is not whether to tell George, but how. It is important to support Adam’s preference to tell his father himself, rather than have Maureen act as his go-between.

In some cases, the family appears to be providing support and acceptance for the child while covertly communicating a prohibition against expressing upsetting feelings. When 17-year-old Toni came out to her parents, they reassured her they still loved her. However, in the weeks following her disclosure, Toni had withdrawn from the family and her parents had grown increasingly concerned. In a family session, Toni tearfully talked about ruining her family’s plans for her and “upsetting a happy family life.” Her parents were visibly disturbed by her distress, and frantically offered reassurance. But, by working so hard to reassure Toni and not allowing her space to express her feelings, they communicated the message that her discomfort made them uncomfortable. Toni, overly sensitive to parental distress, hid her own discomfort to spare her parents from discomfort. The more her parents anxiously tried to reassure her, the more Toni distanced from them in order to protect them from feeling upset. They were more than willing to accept Toni, but what they could not accept was her own, and their own, ambivalence about her sexuality. In addition to adjusting to Toni’s disclosure, this family also needed to increase its tolerance for distress and conflict.

A child’s disclosure of an LGB identity might threaten precarious boundaries, alignments, or hierarchy that, until then, had remained untested and unchallenged. In these cases, rather than creating a crisis, the disclosure might uncover one. Families that maintain a strict boundary about talking about sexual topics might find this boundary threatened by the child’s disclosure. A tenuous parental hierarchy might be stretched to the breaking point if parents disagree on their reaction to the child’s disclosure. A close alignment between a child and a parent might be threatened if the parent is disturbed by the child’s disclosure. Sometimes the turmoil surrounding the child’s disclosure can provide the family with a distraction from dealing with another stressful issue. For example, a family dealing with the terminal illness of a grandparent might experience temporary reprieve from this potentially devastating loss by focusing on the recent disclosure by a daughter that she is a lesbian. Similarly, a child’s coming out that coincides with escalating marital conflict around a father’s protracted unemployment can help to deflect attention from other concerns that are more threatening for the family to address directly.

In addition to standard interventions, such as mobilizing support for, and ensuring the safety of, the adolescent, providing educational resources as appropriate, and reminding the family that acceptance can be a gradual process, I advocate the therapist use the crisis apparently precipitated by the child’s coming out to help the family make a second-order change, one that will benefit them all because it will make them more resilient to crises in the future. Doing so requires fostering an alliance with all family members and avoiding induction into a coalition with the adolescent against the other family members. Sometimes this goal is best accomplished by meeting with individuals or subsystems; at other times, whole family meetings are appropriate. In any case, the goal is the same: helping the family members not only to move beyond the current crisis, but also to improve their capacity to handle future crises. 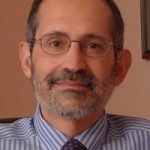