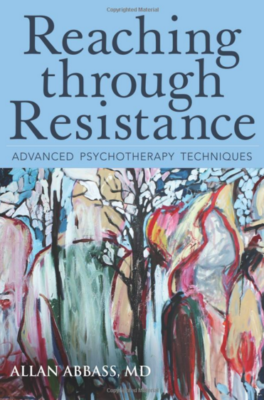 If you are a psychotherapist of a certain age you no doubt remember the 1982 New York Times Magazine article on Short-Term Dynamic Psychotherapy (STDP; Davanloo, 1980) by journalist Dava Sobel. In contrasting STDP (“the most aggressive form of psychic medicine to rest on the principles of Sigmund Freud”) to traditional psychoanalytic psychotherapy, Sobel noted, “The therapist plays an active, confrontational role, instead of the silent, supportive stance used by many psychotherapists in long-term treatment.” By actively confronting patients’ resistances, even “badgering” them, the therapist forces the patient to address their core problems immediately, rather than waiting (often indefinitely) until they are “ready” to work seriously.

The article featured Dr. Habib Davanloo, a controversial and charismatic McGill University psychiatry professor who had developed STDP. It included a somewhat audacious comment by British psychiatrist Dr. David Malan stating that, whereas Freud had discovered the unconscious, “Davanloo has discovered how to use it therapeutically.” In addition to its abrasive, in-your-face techniques, STDP was notable for its use of videotape, which recorded therapy sessions from start to finish, enabling therapists and supervisors (as well as patients) to review the conduct of therapy with the goal of improving treatment. And it was remarkable for a certain branding issue: Only therapists trained by Davanloo himself—“or his disciples”—could properly perform STDP; others risked damaging the patient or worse.

While Sobel (1982) provided various caveats and critiques, readers could have easily been left to conclude that Davanloo’s brand of STDP was going to sweep psychoanalysis into the dustbin of history. After all, why would patients be willing to put up with indefinite, potentially interminable therapy with often dubious goals and unclear outcomes? And why would therapists want to keep seeing patients two or three (or more) times a week when they could get better results in a fraction of the time?

So, thirty-odd years later, where are we?

Well, it is clear that relatively few patients now choose psychoanalysis with all its rigors and demands, fiscal and otherwise. Short-term approaches have certainly come to dominate the world of psychotherapy, and here are a plethora of comparative outcome studies of various brief treatment approaches (see, e.g., Wampold, 2001). Videotaping sessions is no longer scandalous; it has become routine, at least for training and research purposes. But it is fair to say that STDP has not become the predominant brief therapy model. If anything, most therapists eschew STDP’s brazenly in-your-face therapeutic stance, instead choosing the milder interventions of cognitive behavioral, interpersonal, and supportive psychotherapy. Therapists invested in psychodynamic approaches are probably more likely to choose to learn transference-focused psychotherapy (TFP; Levy et al., 2006), or other brief psychodynamic psychotherapies (Leichsenring et al., 2014). After all, most (Luborsky et al., 2002), though not all (Marcus, O'Connell, Norris, & Sawaqdeh, 2014), meta-analyses confirm the Dodo Bird’s (Luborsky et al., 2002) wise equivalence hypothesis (“everybody has won, so all shall have prizes,” p. 2)—and why subject patients or therapists to unnecessary stress unless you can prove better outcomes?

And yet, it would be a mistake to write off STDP (Davanloo, 1980). For one thing, as meta-analysts have realized over the past decade, the Dodo Bird (Luborsky, et al., 2002) was not particularly knowledgeable about mediators and moderators of psychotherapy outcomes, or about the importance of primary vs. secondary outcomes. And, on a more granular, clinical level, the Dodo Bird has little to say about what to do to help individual patients who have not responded to first- or second-round therapy approaches.

Which is to say, in a round-about way, we should all be thankful for Dr. Allan Abbass, who has added to the psychotherapy literature with his research and his new book Reaching Through Resistance: Advanced Psychotherapy Techniques (Abbass, 2015). Over the past dozen years, Dr. Abbass, a Professor of Psychiatry and psychotherapy researcher at Dalhousie University in Halifax, Canada, has explored the efficacy of ISTDP (now called Intensive Short Term Dynamic Psychotherapy (Davanloo, 2000) for various patient populations (somatic disorders, personality disorders, depression, treatment-resistant depression), and in a variety of settings (inpatient, residential care, private office), as well as doing meta-analyses and cost-effectiveness analyses. His new book provides the clearest view yet into what has become a well-articulated psychotherapy approach for helping highly resistant patients in a time-limited psychotherapy setting.

Clearly organized, and packed with vivid case examples, Reaching Through Resistance (Abbass, 2015) maps out ISTDP treatment approaches for the patient with low, moderate, and high levels of resistance as well as those with “high resistance with repression,” or with “fragile character structure.” Furthermore, Abbass puts these cases in the context of a comprehensive metapsychology of the unconscious, emphasizing the importance of attachment trauma in the etiology of psychic dysfunction. Some of this is familiar to the casual student of STDP: The importance of the “Triangle of Person” in ISTDP’s approach to countertransference and transference, in which the therapist is personally identified as “transference,” as well as the centrality of the “Triangle of Conflict,” which includes unconscious defense, unconscious impulses and feelings, and unconscious anxiety. But other aspects are, perhaps, unfamiliar. Central to Abbass’s (2015) model, for example, is the hypothesis that unconscious anxiety can be manifested through either striated (voluntary) muscles or smooth muscles (blood vessels, bowels, airways), or, in more severely ill patients, by “cognitive-perceptual disruption and primitive defenses” (p. 31).

Abbass (2015) emphasizes the central importance of the “unconscious therapeutic alliance” in STDP, which presumably counteracts the therapist’s often-abrasive and socially-discordant transference interpretations that begin from the first moments of therapy. As befits a therapy approach that has moved a few steps beyond its first charismatic innovator, ISTDP now has a subtle vocabulary to describe the interactions that occur during the course of treatment: What Abbass calls “whispers from the alliance,” for instance, “when the patient offers short statements reflecting concise understanding of her difficulties and inner obstacles of treatment” (p. 35). Another example: The “repeated unlocking of the unconscious” that occurs with moderately resistant patients, which “open access to guilt, grief, and loving feelings” (p. 121). Abbass categorizes his cases by using metaphors from fairytales: The patient as trapped in a “guarded cellar” (p. 101), a “fortified castle” (p. 133), or in a state of terror, imprisoned in a “dungeon” (p. 255). Further, in an abbreviated Appendix, Abbass provides a brief overview of the data supporting ISTDP, including case series, randomized controlled studies, and meta-analyses, which he interprets as showing clear superiority of ISTDP, though a clinician with other allegiances may detect a note of therapeutic enthusiasm.

Reaching Through Resistance (Abbass, 2015) is therefore a clear and methodical articulation of a well-developed therapy approach that has been tested over decades in a wide range of patient populations and clinical situations. Its exposition of the permutations of treatment is exhaustive, and probably not for the casual reader, who is unlikely to read the book from start to finish. The book is more for believers than for skeptics, as the latter will find themselves doubting the treatment’s vocabulary and more. As far as technique goes, ISTDP initiates will probably learn more than novices, though the book’s very comprehensiveness will impress those who know nothing of this treatment approach. As I understand it, there is a subtlety to ISTDP that is somewhat difficult to grasp from journalistic accounts of ISTDP, or, for that matter, from Abbass’s book. As my colleague Dr. Michael Laikin, MD, who practices this form of therapy in New York City put it, “If you drive up First Avenue at the right pace, you hit all the green lights” (personal communication, November 6, 2015). Analogously, with ISTDP patients, “you see how they react and keep going. If they’re anxious, getting defensive, then you slow down” (Laikin, personal communication, November 6, 2015). A skillful STDP therapist will thus assess with each intervention how the patient is reacting, whether they are shutting down, and whether to slow down or forge ahead. The seeming aggressiveness of the ISTDP therapist thus becomes deeply empathic, evoking a powerfully positive therapeutic alliance. Abbass’s book assumes you already know this, and focuses more on what you should do than why, or how patients experience the work, or how they change. It is definitely not a primer of ISTDP, which I believe is still needed.

So, when all is said and done, what to make of STDP or ISTDP several decades after The New York Times gave its imprimatur? It is a strongly articulated, passionately conducted, and now evidence-based psychotherapy approach, and has held its own when tested against other evidence-based therapies. It seems to require a higher level of therapist training than some other evidence-based approaches, such as CBT (Cognitive Behavioral Therapy) or IPT (Interpersonal Therapy), which may limit its adoption to secondary and tertiary care settings. Questions remain, which is as it should be. For example: can some components of ISTDP be incorporated in other treatments, similar to the way CBT interventions can be incorporated into supportive or psychodynamic therapy? Could you do “a touch of ISTDP” for some patients, or do you need to do “all ISTDP all the time”?

Some more questions: Is there anything to Abbass’s concepts of skeletal and smooth muscle expressing unconscious anxiety? Do “highly resistant” patients, however defined, indeed do better in ISTDP than with other approaches? Which patients, which resistances? (If so, it would certainly be appealing to the many patients who persist in many-year psychotherapies without appreciable progress.) Can training of ISTPD be done outside of the limited confines of institutes run by Davanloo’s protegees? Can it be generalized to the wider world, and tested by psychotherapy researchers with varied allegiances, rather than, as is usually the case, by investigators who are also promoters of that treatment?

When the dust settles, will ISTDP be a first-line therapy? Or a specialized treatment for patients who have not responded to other therapies? Or perhaps, if we can ever properly predict treatment outcome, should it be the first-line treatment for some subgroups of patients? We can only hope Dr. Abbass will continue his work as ISTDP continues to make its way in the world.

In Sharing Research Findings, Did We Forget the Patient? 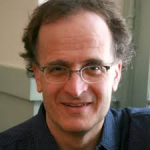