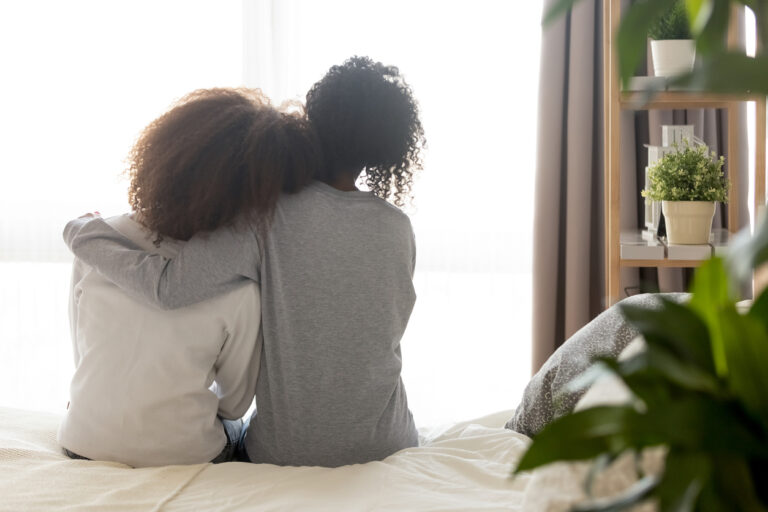 In recent years there has been a huge shift from mental hospitals to home care for individuals with long-term mental illness. The shift from hospitals to homes has resulted in transferring responsibilities for the day-to-day care of patients to their family members (caregivers), resulting in family members assuming the role of nurse, counselor, advocate, and crisis worker (Chan, 2010). The increased responsibilities of caregivers have ultimately led to an increase in caregiver stress and burden. For example, studies have shown that the prevalence of depression for caregivers of individuals with a long-term mental illness range from 38% to 70% (Suro & De Mamani, 2013).

Specifically, with a long-term mental illness such as schizophrenia, four domains contribute to caregiver stress: tension, constant worry, level of supervision, and urge. Caregivers may experience tension and distress from the strained interpersonal atmosphere between the patient and caregiver due to the complexity of caretaking of this population. Consequently, social isolation occurs. Families have limitations on social and leisure time activities due to their family members negative symptoms (i.e., flat affect, withdrawal, anhedonia). Additionally, caregivers also experience constant worry about the patient’s safety, general health, and the kind of care they will receive if not receiving care from a loved one. Moreover, the caregiver’s level of supervision towards their family member is the domain that causes the most burden given that supervision has a drastic increase and caregivers must ensure and guard the patient’s intake of medicine, sleep, and any possible dangerous behaviors. Along with supervision, they must continually urge the patient to try and care for themselves, eat enough, and undertake other activities of daily living (Schene, Van Wijngaarden & Koeter, 1998). The distress of families that care for a loved one with disorders like schizophrenia experience can translate into secondary emotions, including shame, embarrassment, guilt, and self-blame (Weisman de Mamani & Suro, 2016).

These feelings of shame, embarrassment, guilt, and self-blame are endorsed throughout most caregivers, regardless of ethnic background. However, some differences within different ethnicities (i.e., level of supervision) can affect the degree of burden experienced by the caregiver.

Arthur Kleinman developed the term “explanatory model” to make a link between cultural influences on the perceptions and descriptions of symptoms, interpretations of meaning and causes of mental illness, decision regarding help-seeking, and compliance with prescribed treatment for caregivers (Kung, 2004). Kleinman’s model is supported by research indicating that cultures differ in opinions regarding mental illness, ranging in attitude from acceptance and integration into society to stigmatization, religious beliefs, and society’s evaluation of the caregiver’s role (Hanzawa et al., 2010). The literature has found that there is an association between caring for a family member with schizophrenia and negative mental health outcomes and experiences of burden for the caregiver. Based on the explanatory model, minority families view and cope with a mentally ill family member differently than Caucasian American families partly because ethnicity and social class affect contact with mental health care system, levels of family support, and the social adjustment of the individuals with a mental illness in the community (Guarnaccia & Parra, 1996).

White individuals with a mental illness are more likely to live in a residential program or on their own in the community as opposed to Hispanic Americans, African Americans, and Asian Americans. Research has shown that ethnic minority groups prefer their mentally ill relative living with them due to the lack of availability of residential programs for minority groups (Guarnaccia & Parra, 1996). Research has also shown that there are ethnic differences in the ways that caregivers evaluate the experience of being a caregiver. Even though White folks are not faced with a double minority status, studies show that White caregivers have more negative outcomes related to caregiving, even when taken into consideration that they have less direct contact with their ill family member. For instance, some of the things European-Americans reported included increasing levels of burden, depression, global role strain, along with decreased well-being and physical health.

Moreover, caregivers that are ethnic minorities tend to underestimate the kinds of things they do to help their family member with a mental illness, because they see these things as normal things to do for any family member that still lives at home, regardless of mental illness or not (Guarnaccia & Parra, 1996). There seems to be a clear established norm for minorities that one should care for a disabled or ill family member, whereas the expectation is less clearly defined for White folks (Suro & De Mamani, 2013). This normalizing of caregiving adds to the reduction in burden and distress experienced.

Even though caregivers of ethnic minorities have a double minority status, they tend to be more accepting of a family member with a diagnosis of schizophrenia and hopeful for their long-term prognosis. This is particularly due to the high value placed on family togetherness and positive coping mechanisms.

Religion has a significant impact on decreased level of caregiver burden experienced by minority groups. For example, Latinos use religion and spirituality to help them cope by viewing schizophrenia as a test from God. Religion allows Latino families to focus their minds beyond the hardships related to being a caregiver and see the stressors as challenges to exert themselves. Similarly, for African Americans, religion helps to view schizophrenia as another adversity they can confront and challenge. This reduces possible guilt felt about having a child with schizophrenia by taking any possible blame from the mental illness being their fault.

Additionally, ethnic minority groups have added social support, which helps ease some of the burden experienced. African Americans find comfort in church members that are easily accessible to them, along with immediate family members (Stuave et al, 1997). While Latino caregivers experience “familismo” which is added help from friends and close relatives due to a cultural obligation and connectedness towards immediate family/ acquaintances (Marquez & Ramirez Garcia, 2013). Similarly, Asian Americans from an Eastern background (Japan, Korea, or China) follow Confucian ideas, which traditionally place importance on providing care for ill family members and keeping social cohesion and family harmony. Those Asian Americans of Eastern background aim to follow a path of sincerity, loyalty, filial piety, benevolence, and to avoid negativism and emotional outburst toward family member and friends (Chien, Chan, & Morrissey, 2007).  Therefore, family members may agree that a patient with schizophrenia should be cared for by family, and it is a welcomed responsibility, as they place emphasis on inter-dependence rather than on the independence of more Western cultures. This Confucian idea allows for family members to collaborate to reduce caregiver burden (Hanzawa et al., 2010; Yu et al., 2018; Kung, 2003).

Research suggests that the degree of burden experienced from adverse events (i.e., schizophrenia) are highly tied to one’s cultural world view; therefore, clinicians should keep in mind the cultural background, double minority status, as well as shame and guilt, felt when implementing interventions with caregivers. A 2015 study by Weisman de Mamani and Suro compared the use of a family-focused, culturally, informed treatment for schizophrenia versus just psychoeducation.  The research demonstrated that a family focused treatment that incorporates participants culture and protective factors (i.e., family collectivism, spiritual coping) fosters greater familial cohesion and reduced burden in caregivers of schizophrenia (Weisman de Mamani & Suro, 2016). Additionally, when working with this population, clinicians should consider that ethnic minority groups have sociocultural factors such as low English proficiency, lack of familiarity with mental health system, and low acculturation that can add additional layers to burden. It would be beneficial for clinicians to educate families about the nature and causes of the mental illness to help reduce stigma behind it. Knowing about schizophrenia and community resources available help these caregivers feel a sense of mastery and control in coping with the daily and long-term stresses of the mental illness.

Weisman de Mamani, A., & Suro, G. (2016). The effect of a culturally informed therapy on self-conscious emotions and burden in caregivers of patients with schizophrenia: A randomized clinical trial. Psychotherapy, 53(1), 57-67. doi:http://dx.doi.org.ezproxylocal.library.nova.edu/10.1037/pst0000038

Caring for a Patient with Schizophrenia 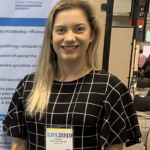