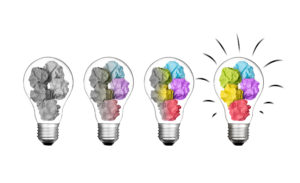 A Significant Events Approach to Process

Although not popular or necessarily the easiest tool to utilize, the significant events approach to change process research, as described by Elliot (2010), can provide explanations and causal evidence that other approaches (e.g. process-outcome) may not. Within the significant events approach literature, specific moments within psychotherapy treatment have been identified and analyzed to tie in-session process with post-session and post-treatment outcomes (Elliot, 2010). Examples of such moments include, but are not limited to, insight, interpretation, empowerment, and therapeutic ruptures (Elliot, 2010; Safran & Muran, 2000). Within the current author’s therapeutic framework of cognitive therapy (CT), cognitive processing and restructuring is rooted in the client changing his or her narrative from session to session (or within individual sessions). This process is often referred to in the literature as creation of meaning or meaning-making (e.g. Anderson & Goolishian, 1992; Greenberg & Pascual-Leone, 2001).

The literature regarding the process of creation of meaning tends to separate global meaning from situational meaning. Global meaning refers to general beliefs, goals, and subjective sense of purpose, while situational meaning refers to meaning in a specific context or environment (Park, 2010). Global meaning consists of “broad views regarding justice, control, predictability, coherence…as well as individual self-views” (Park, 2010, p. 258). Beck (1995) would argue that these broad views form the schemas from which individuals view events (situations) and the world in general.

Situational meaning consists of a particular stressful event and “describes an ongoing set of processes and outcomes, including assignment of meaning to the event (appraised meaning), determination of discrepancies between appraised and global meaning, meaning making, meanings made, and adjustment to the event” (Park, 2010, pp. 258-259). Situational meaning-making ultimately leads to a shift in global meaning (see Figure 1, Park, 2010, p. 258 for a graphic representation of this dynamic).

The creation of meaning change mechanism is found across multiple theoretical orientations and therapy models. Narrative therapy (NT) describes this construct as clients revealing and changing their self-narrative. Mendes et al. (2010) examined the effects of utilizing narrative change in emotion-focused therapy (EFT) through the innovative moments (IM) coding system. By using the IM coding system, Mendes and colleagues (2010) were able to identify “all the events in therapy in which the client describes or narrates him- or herself differently than one would expect from the perspective of the problematic self-narrative that brought him or her into therapy” (p. 1468).

The significant events approach of examining and analyzing IMs throughout the process of therapy assisted the researchers in identifying when clients began to create new narratives (or meaning) for their lives. The Mendes et al. study confirmed (for that particular sample) that the IM coding system is a reliable way to track narrative change in EFT.

In examining the IM heuristic model of change that Mendes and colleagues (2010) utilized in their study, the current author was able to identify similarities between it and the meaning-making model that Park (2010) referenced (see Figure 2, Mendes et al., 2010, p. 695). The heuristic model begins with clients’ problematic self-narratives and moves through a process toward new self-narratives. Much like with the heuristic model of change, therapists who utilize the meaning-making model would ask clients to work through discrepancies between appraised and global meaning in specific stressful situations, and toward meaning made and ultimately a shift in global meaning. It is likely that other meaning-focused models of change will be similar to these models.

Greenberg and Pascual-Leone (2001) examined the creation of meaning through the lens of dialectical constructivism. From this perspective, personal meaning is “seen as generated by cognitive processes that construct different selves at different times” (Greenberg & Pascual-Leone, 2001, p. 165), and the most important source of information for this process is emotional experience. Pascual-Leone’s theory of constructive operators (TCO) was used in this particular study to serve as the bedrock of the dialectical constructivist view. TCO posits that people are the constructors of their meaning. In addition, personal meaning is the product of “self-organization and self-explication of one’s own emotional experiences” (Greenberg & Pascual-Leone, 2001, p. 166).

Greenberg and Pascual-Leone argued that emotional processing at different levels in addition to being aware of schemas is necessary for personal meaning making. According to the dialectical constructivist perspective, it is the clinician’s job to evoke the emotions associated with clients’ internal disagreements, and to explore, symbolize, and reflect on what those emotions mean for the client- in the moment. Again, this model bears resemblance to other creation of meaning models in the process literature; especially in the amount of choice clients have in constructing meaning from their in-session affective experiences.

In the early 1990’s, Anderson and Goolishian (1992) spoke out against the usefulness of cognitive and constructivist views due to their nature of defining people as “information-processing machines as opposed to meaning-generating beings” (p. 26). In all fairness, Anderson and Goolishian were probably speaking to early information processing theorists who likened human cognitive systems to computer systems rather than Greenberg and colleagues’ modern constructivist theories. Due to people being language-generating beings, Anderson and Goolishian assumed that meaning and understanding were not created until clients engaged in meaning-making dialogue through communication with one another.

In therapy, Anderson and Goolishian described this communication as therapeutic conversation, in which therapist and client talk with rather than to one another. Further, Anderson and Goolishian suggested that in order for therapists to assist clients in meaning-making, they need to take a “not knowing” approach, which allows clients to be more relaxed in therapy. Use of “not knowing” questions allow clients to retell their stories in such a way that changes the first-person narrative. They indicated that clients who feel relaxed are to experience “conversational movement” because they “no longer have to promote, protect, or convince the therapist of their view” (1992, p. 30). The view that clients will be more willing to collaborate with therapists when they feel relaxed (and comfortable) within the therapeutic relationship makes sense to the current author. This is a concept that drives the therapeutic alliance literature (Barber, Connolly, Crits-Cristoph, Gladis, & Siqueland, 2000; Crits-Cristoph, Gibbons, & Hearon, 2006; Friedlander, Escudero, Heatherington, & Diamond, 2011; Horvath & Symonds, 1991).

Clarke (1996) referred to creation of meaning as the client’s need to put emotional experiences into words and involved both linguistic and symbol development (similar to Anderson & Goolishian, 1992). She also acknowledged that creation of meaning events are found across therapeutic approaches and are of particular importance in the treatment of various disorders. With regard to markers for creation of meaning, she argued for three mandatory features: “(a) Strong emotional arousal, (b) An indication of confronted or challenged cherished beliefs, and (c) An indication of confusion, surprise or lack of understanding” (Clarke, 1992, p. 465). According to Clarke, therapeutic interventions that seem to be effective for “meaning symbolization” (p. 465) include a metaphor or analogy, uses feelings or symbols to describe feelings, integrates various thoughts and feelings, addresses the discrepancy between the belief and the experience, and symbolizes the emotional reaction to the discrepancy. One study completed by Clarke (1996) found that unsuccessful creation of meaning events did not achieve exact symbolization of the cherished belief challenged and the emotional reaction to the challenge. In other words, creation of meaning events must include both cognitive and affective aspects to be successful.

Within the current author’s therapeutic framework of cognitive theory resides cognitive processing and restructuring dysfunctional cognitions, which ultimately leads to changing the narrative and meaning-making. Samoilov and Goldfried (2000) argued that utilizing underlying emotional meanings in addition to cognitive meanings could enhance the long-term effects of Cognitive Behavioral Therapy (CBT). Although Samoilov and Goldfried do not explicitly describe the process as in-session creation of meaning events, their view of utilizing emotion in therapy bears a resemblance to other views of meaning-making in therapy (Anderson & Goolishian, 1992: Clarke, 1996). Evidence from cognitive science and experimental psychology has established a link between emotion and personal meaning (Samiolov & Goldfried). The therapist’s job is to elicit the implicit meanings, or the deeply rooted emotional processes, in order to assist clients in attaching explicit, language-based meanings to their affective experiences. This is best illustrated with clients coping with trauma, which by its nature “breaks up the smooth flow of daily life” (Tuval-Mashiach, Freedman, Bargai, Boker, Hadar, & Shalev, 2004). Factors that mediate the construction of life stories (aka narratives) are: coherence and continuity, creation of meaning, and self-evaluation. According to Tuval-Mashiach et al., clients typically ask questions such as “Why me?” “Why now?” “What can I learn from the event?” in order to create meaning out of the situation. It is the job of the therapist to be in the moment with clients, assisting them in constructing a new narrative throughout the course of treatment, as new meaning is created (for a list of questions that facilitate narrative change, see Table 1, Tuval-Mashiach et al., 2004, p. 284).

In reading the literature on creation of meaning and change processes, it is clear that regardless of therapeutic orientation, changing the narrative by way of processing emotional experiences seems to be extremely beneficial for clients. Evidence of successful creation of meaning change events exists in EFT, Dialectical Constructivist theory, CBT, and many other therapy approaches. Creation of meaning can be used for a plethora of diagnoses, including depression, anxiety, interpersonal issues, grief, and trauma. It is encouraging for a therapist-in-training to be privy to knowledge regarding successful process change mechanisms, and to be able to utilize those mechanisms for the betterment of clients. Some ways in which therapists-in-training can acquire such knowledge are to review relevant literature about change processes, watch psychotherapy videos that demonstrate in-session change, practice in session with clients, and seek supervision. Anderson and Goolishian (1992) resonated with the current author due to the nature of taking a “not knowing” approach with clients (e.g., Rogers). What results from assisting clients in feeling relaxed and comfortable in-session, is the therapist being able to (hopefully) elicit more from them, which allows for more meaningful change in their narratives.

Crits-Christoph, P., Gibbons, M. B. C., Hearon, B. (2006). Does the alliance cause good outcome? Recommendations for future research on the alliance. Psychotherapy: Theory, Research, Practice, Training, 43, 280-285.

Making Meaning out of One's Experiences 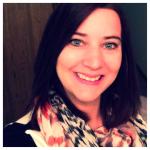