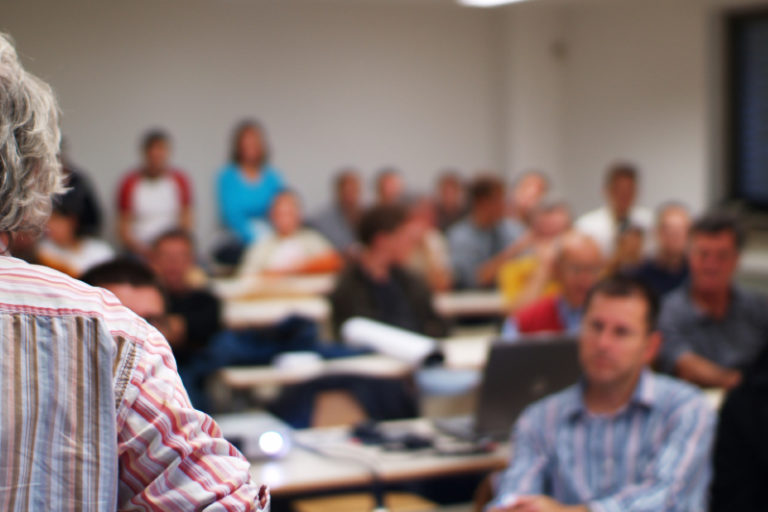 Internship match is a topic of pressing national interest to the training community (Keilin, Baker, McCutcheon, & Peranson, 2007). As such, over the last 18 months the Division’s Training and Education Committee developed a series of six articles on this topic.

The first article examined how internship is a scare resource that can create a myriad of problems for students, and summarizes recommended actions to address this issue (Fo & Rodolfa, 2013).

The second article focused on one of those recommended actions, the development of internship consortia, providing a real-life example (Kestenbaum, Jackson, & Fuertes, 2013).

The fourth article described the developmental problems that can occur during the transition from graduate student to intern to early career psychologist (Mackaronis & Thorgusen, 2013). The most recent article reported on a national dataset that examined differences in applicant variables such as clinical hours, publications, and personality in regard to students who were successfully matched to different internship settings (Callahan, Swift, Hogan, et al., 2014). Within this final article of the series, we shine the spotlight on the people at the heart of the imbalance issue: the unmatched trainees.

There are a small number of published qualitative and personal accounts of the distress associated with not matching for internship (e.g., Veed et al. 2009; Draper & Lopez, 1997). These accounts suggest that unmatched applicants run the gamut of emotional reactions. Initially, unmatched applicants may experience shock or bewilderment (Draper & Lopez, 1997; Veed et al., 2009). Given that internship applicants are deemed “internship-ready” by their training directors and mentors, and likely felt prepared to apply (Madson, Aten, & Leach, 2007), it follows that unmatched applicants would feel stunned by the news and uncertain about the reasons for not matching.

Applicants also commonly describe feeling demoralized and devastated (Lopez, Draper, & Reynolds, 2001; Madson, Hasan, Williams-Nickelson, Kettman, & Sands Van Sickle, 2007), questioning their qualifications and perhaps asking themselves larger questions about whether they belong in their chosen profession (Veed et al., 2009). This shaken self-confidence may be accompanied by feelings of shame (Lopez et al., 2001) and the desire to isolate (Veed et al., 2009) rather than sharing with others that they were not matched.

The purpose of this study was to further elucidate, empirically and by independent investigators, the phenomenological experience of applicants as they learn of their match outcome. Based on the personal accounts found in the literature, we hypothesized that subjective well-being would decline among applicants notified they were not matched for internship, but increase among applicants notified they had matched to an internship. We also expected that applicants entering the match for a second (or more) time would anticipate their match notification evidencing less subjective well-being than those entering the match for the first time.

The dataset for this investigation was constructed via combining data gathered in two earlier studies of the internship match (Callahan, Collins, & Klonoff, 2010; Callahan, Hogan, Klonoff, & Collins, 2014). Due to space constraints, the methodologies employed in those studies are not detailed herein, though interested readers may consult the original sources for more information. The analyses presented within this study drew from previously unanalyzed subjective well-being data captured in those earlier studies.

The four-item measure, Subjective Well-being (SWB), was administered both before and after match notification. Subjective well-being can be thought of as a person’s global self-evaluation, which often includes the degree to which a person experiences positive and negative affect in response to life events (Diener & Ryan, 2009). Items characterize applicants’ current level of subjective distress, energy level, emotional functioning, and satisfaction with life. Applicants respond to each item using a 5-point Likert scale (0-4), with a total possible score of 0-16, where a higher score indicates greater subjective well-being.

The four items in this measure were originally derived from a two-item measure of subjective well-being used by Howard, Leuger, Maling, and Martinovich (1993), who indicated that the two-item scale was correlated with the General Well-Being Scale (r = .79; Dupuy, 1977) and the disability scale in the Medical Outcomes Study (r = -.65; Stewart, Hays, & Ware, 1988).

The four-item version has also demonstrated utility in assessing subjective well-being (Callahan, Swift, & Hynan, 2006; Swift, Callahan, Heath, Herbert, & Levine, 2010), with previous reports indicating internal reliability of .71 and a test-retest reliability of .63. In the current sample, internal consistency was adequate within both the pre-match (a = .52) and post-match (a = .61) data. 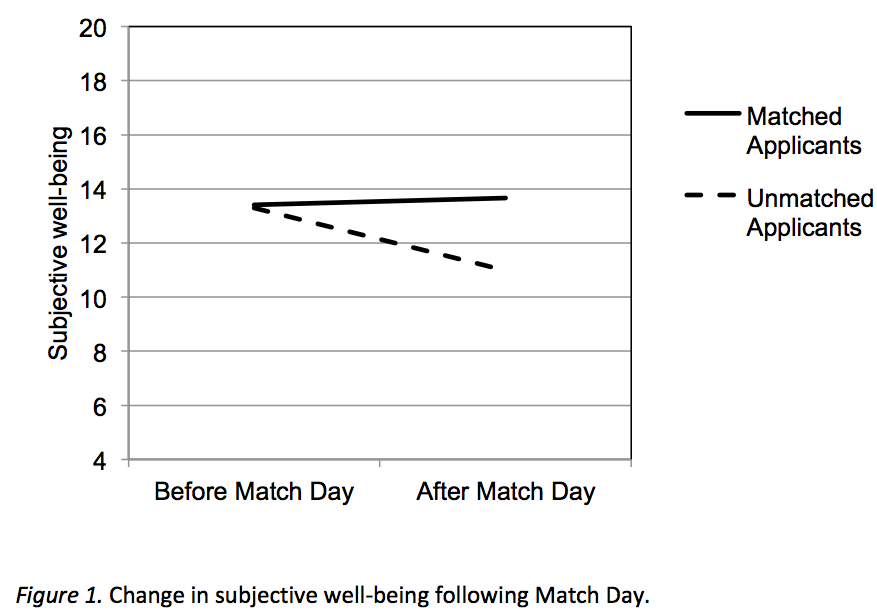 Applicants’ subjective well-being (SWB) prior to match notification was not significantly correlated with eventual match outcome. Similarly, contrary to our hypothesis, participants who were applying to the match a subsequent time did not report significantly less SWB than first time match applicants. Also, no significant group differences in scores on the SWB measures were found among 2010 versus 2011 unmatched applicants.

The findings here demonstrate that going unmatched[2] has a significant, negative impact on applicants’ subjective well-being. Personal anecdotes in the existing literature support this finding, but this is the first empirical documentation of an aggregate effect. The observed effect size, 1.01, is large and concerning. In other words, the difference between matched and unmatched applicants in terms of their subjective well-being is a full standard deviation.

We hope that these findings encourage increased attention to the impact of the match imbalance on students—especially for those who go unmatched. Without question, continued efforts at alleviating the imbalance problem are necessary. Our findings highlight the importance of moving forward in a timely manner.

Notably, APPIC has made significant efforts to alleviate some distress associated with the process itself. Prior to 2011, students applying for internship who did not match to an internship site on Match Day then had the option of entering into the APPIC Clearinghouse to attempt to secure an internship. Unfortunately, the Clearinghouse was a chaotic experience for both applicants and internship sites.

In 2011, APPIC introduced a second match process, Phase II, which was, in part, geared towards reducing distress of initially unmatched applicants by providing a follow-up match with clear procedures and timelines. In contrast to the forerunning Clearinghouse, Phase II represents an accelerated process nearly identical to the initial match (now called Phase I). Although the conceptualization of Phase II was expected by APPIC (2011) to be “more … humane” than the Clearinghouse process, to date no empirical, independent investigation has been conducted of whether the distress of unmatched applicants has decreased with implementation of a second match phase. The current study provides a snapshot comparison of the two processes, contrasting applicant distress among those unmatched applicants facing the Clearinghouse in 2010, to those unmatched applicants in 2011 facing the inaugural offering of Phase II.

Within this sample, no significant group differences in scores on the SWB measures were found. Although the data indicate that the experience of not attaining an internship match was no less distressing with the advent of the Phase II match process than it was with the Clearinghouse, it is important to consider that this is merely a snapshot of one aspect of the transition. Our survey of applicants did not assess other important variables for which Phase II is likely to demonstrate superiority over the forerunning Clearinghouse experience (i.e., perception of fairness in the application, amount of time allotted, organization and efficiency, and ease of application).

Finally, although this study provides important information to start an empirical line of inquiry, future research to obtain a more nuanced understanding of applicants’ phenomenological experiences following going unmatched seems merited. A better understanding of these reactions may help those who provide support to students who go unmatched. From a training perspective, it seems possible that unmatched students who continue clinical work in practica or other positions while experiencing demoralization and lowered confidence may find clinical work more emotionally challenging, and may doubt their own competencies.

Whether such reactions negatively impact the clinical outcomes of those being treated by the impacted trainee clinician is worth considering. The impact of not matching, both on an emotional and practical level, may residually affect future career decisions. Knowing more about these types of proximal and distal outcomes may help further assist unmatched applicants so that the impact on their career is minimized. Future research that examines the career trajectory of unmatched applicants, drawing from the full population available since the inception of the match, could be very useful in understanding the workforce pipeline.

[1] Prior to this analysis, a Levene’s test was conducted and found to be nonsignificant, ensuring homogeneity of variance among the groups of matched (n = 404) and unmatched applicants (n = 49; 3 students reported they withdrew from the match prior to Match Day).

[2]In the 2014 match, 20% of applicants who submitted rankings went unmatched.

Article Review of "Reducing the Demand for Internships" 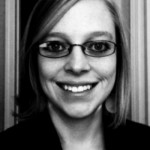 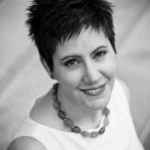 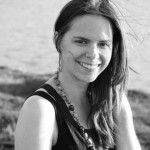