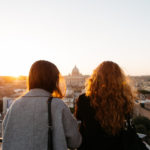 …the one point that the emigrant feels so particularly painfully is—one can only say—the loss of the language in which one had lived and thought and which one will never be able to replace with another for all one’s efforts at empathy. (Freud, as cited in Urdang, 2016, p. 156) Psychotherapists live and work in […]