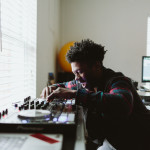 Clinical Notes with Dr. J …Initially rap was America’s informal CNN because when Rap records came out somebody from far away could listen to a Rap record because it uses so many descriptive words and get a visual picture from what was being said…Rap is now a worldwide phenomenon. Rap is the CNN for young […]