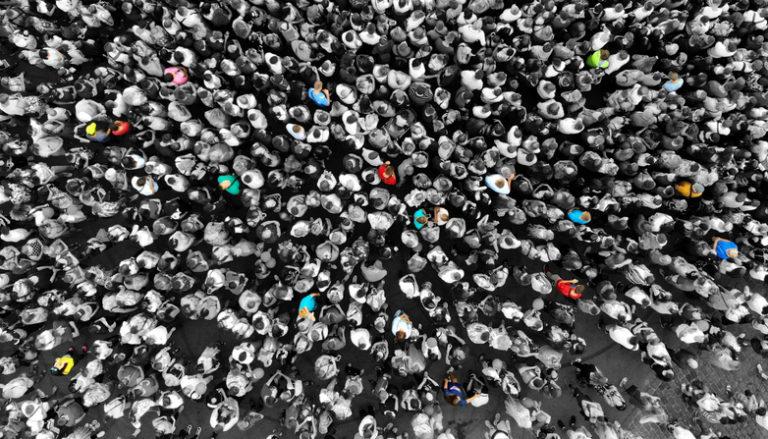 Author’s Note: We would like to thank the Society for the Advancement of Psychotherapy (2013 Charles Gelso Grant), the Society for Psychotherapy Research (Small Grant Program) and Augusta University (multiple small grants) for support of this work. Correspondence regarding this article should be addressed to Samantha H. Kunkel, Department of Psychological Sciences, Augusta University, 2500 Walton Way, Augusta GA 30909. Email: skunkel@augusta.edu.

Clinical Impact Statement: This manuscript contributes to psychotherapist training by examining the relationship between trainee therapists’ personality, their therapeutic technique usage, and their perception of how helpful they are in their interventions. Data supported the importance of trainees engaging in self-reflection to determine how their personality may influence the way they practice. For example, those high in neuroticism and low in extroversion tended to evaluate themselves more harshly, reducing their confidence in using certain techniques (e.g., helping clients gain new perspectives). Findings also highlight an important area of focus (i.e., trainee personality) for clinical supervisors as they help trainees develop their skills.

Research suggests that therapist personality traits impact self-reported theoretical orientation (e.g., Ogunfowora & Drapeau, 2008). For example, studies have shown that therapists who report having a psychodynamic orientation generally report being higher in creativity, intuition, imagination, individualism, anxiety, and introversion (Arthur, 2001). In contrast, Arthur’s (2001) research showed that cognitive-behavioral therapists were more conventional, rational, predictable, orderly, and realistic. Other research revealed that therapists who report having a cognitive-behavioral orientation (CBT) score higher on conscientiousness and lower on openness (Buckman & Barker, 2010; Ogunfowora & Drapeau, 2008). Conversely, a psychodynamic orientation is positively related to openness and negatively related to conscientiousness (e.g., Buckman & Barker, 2010; Petronzi & Masciale, 2015). Despite these findings, few studies have explored the extent to which therapist personality translates into actual differences in the interventions used within sessions.

The present study sought to fill this gap by examining the association between trainee therapist personality traits and their use of a variety of therapeutic techniques within videotaped sessions. We also had trainees rate their perception of the helpfulness of each of their interventions. In order to limit the impact of training effects, we assessed trainees’ personality traits during the first week of their graduate program and utilized technique and helpfulness ratings from their first training case.

Based on previous research, we had two main hypotheses. First, we hypothesized that trainees with high self-reported conscientiousness would utilize more action-based techniques, as high levels of conscientiousness have been reported by therapists with a CBT orientation (e.g., Buckman & Barker, 2010). Second, we hypothesized that trainees with high levels of openness would use more insight-based techniques, as research has found that psychotherapy practitioners and therapy students who report high levels of openness are also more likely to endorse a psychodynamic orientation (e.g., Ogunfowora & Drapeau, 2008).

This study was approved by the university’s Institutional Review Board. Data were collected from seven cohorts of graduate trainees (n = 54) enrolled in a Master of Science in Clinical and Counselling Psychology program. The trainee group was 75.9% female, and the mean age was 24.28 (sd = 5.46) years old. The racial composition was predominantly European American (63.0%) and African American (20.4%).

Undergraduate students from the same university served as volunteer therapy clients. They were recruited from a course focused on personal growth and exploration. Those who gave informed consent received course credit for participating in four videotaped therapy sessions and reflecting on their experience. All information pertaining to the therapy sessions was kept confidential. The volunteer client group (n = 54) was 66.7% female, and the racial composition was largely European American (42.6%) and African American (38.9%). The mean age of the group was 20.80 (sd = 4.05) years.

At the beginning of graduate training, all trainees completed a multi-trait, multi-method assessment as part of their personality assessment course. A research assistant unaffiliated with the graduate program administered, de-identified, and scored all of the assessments, including the NEO-Five Factor Inventory-3 (NEO-FFI-3; McCrae & Costa, 2010). All participants consented to have their data used in research on trainee characteristics and the process and outcome of psychotherapy.

In their second semester, trainees took an Introduction to Psychotherapy class that focused on therapeutic technique with a curriculum based on Hill’s (2009; 2014) three-stage model of helping.  These stages include exploration, which is based on client-centered theory, insight, which is based on psychodynamic theory, and action, which is based on behavioral theory. As a part of this course, trainees conducted four videotaped psychotherapy sessions. Their first session was a 90-minute intake and occurred after students learned the exploration stage.  The second and third sessions were both 45 minutes with session two occurring after students learned the insight stage and session three after learning the action stage.  Session 4 was a termination session and was also 45 minutes.  Clients were told they could discuss anything they wished with the exception of information that may require the intervention of a licensed professional (e.g., child and/or elder abuse, suicidality).

All videotaped therapy sessions were supervised by the same course professor, who is a licensed clinical psychologist.  The professor has training in humanistic, psychodynamic, and cognitive-behavioral approaches.  She identifies as integrative in her approach but with a high emphasis on understanding underlying interpersonal dynamics.  Following Sessions 1, 2, and 4, trainees received 90 minutes of group supervision. Trainees also received 90 minutes of individual supervision following Session 3.

The NEO-FFI-3 measures five dimensions of personality: neuroticism, extroversion, agreeableness, conscientiousness, and openness to experience (McCrae & Costa, 2010). It contains 60 items rated on a 5-point Likert scale, with 13 items on each of the subscales (Neuroticism, Extroversion, etc.). Coefficient alpha ranged from .72 to .88 in both adolescent and adult samples (McCrae & Costa, 2007).

The HSM is a scale from Hill and Kellems’ (2002) Session Process and Outcome Measure (SPOM). It comprises 13 items rated on a 5-point Likert scale (see Table 1 for a complete list of techniques). Factor analysis shows that the items cluster into three subscales (exploration, insight-oriented, and action techniques), all of which had internal consistencies greater than .70 (Hill & Kellems, 2002).

Web A was developed by Hill (n.d.) to aid in the review of therapy sessions. Following the sessions, trainees watched the video and stopped the tape every time they spoke. They notated which, if any, of the HSM techniques they were utilizing and how helpful they thought the interventions were on a scale from 1 (not at all) to 10 (very helpful). A sum frequency score and an average helpfulness rating was calculated for each technique (see Table 1). Web A ratings following Session 3 were utilized in the current study because trainees had learned all of Hill’s (2009, 2014) therapeutic techniques by this time and we did not want to use ratings from the termination session.

To ensure that results were meaningful across multiple trainees and to limit Type II error with our small sample, we only included techniques rated one or more times by at least 50% of therapists (see Table 1). To test our hypotheses, we then used the Pearson Product Moment Correlation Coefficient to determine the relationship of the five facets of the NEO-FFI-3 to technique usage and helpfulness (see Table 2).

The means and standard deviations for all facets of the NEO-FFI-3 were within the average range except for openness 60.63 (8.41), which was slightly above average. Only exploration techniques 1 and 5; insight techniques 2, 6, 10, and 13; and action technique 3 were used by 50% or more of trainees at least once (see Table 1). All other techniques were excluded from further analyses due to their lower usage. 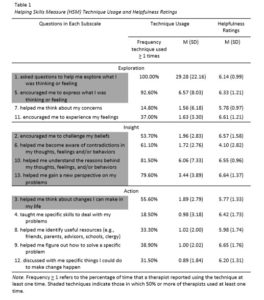 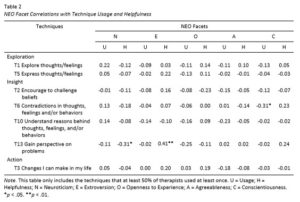 Our study examined the relationship between trainees’ personality characteristics, technique usage, and helpfulness ratings. Results suggest that trainees’ personalities may be related to technique usage and perception of techniques’ helpfulness. However, none of our hypotheses were supported. First, contrary to our first hypothesis, we did not find an association between trainee conscientiousness and the use of action techniques. The lack of support for this hypothesis could be explained by trainees using action techniques infrequently. Low usage could reflect a lack of client readiness for change due to the short duration of the therapy.

Importantly, we did find that as trainees reported greater conscientiousness, they were less likely to indicate using techniques to “help clients see contradictions in their thoughts, feelings, and/or behaviors.” Interestingly, this insight technique also had the lowest helpfulness ratings out of all the included techniques. These findings may relate to Hill’s (2014) recommendation that helpers be careful in using insight skills because they can damage the therapeutic relationship if there is inadequate trust. Because trainees were exposed to Hill’s (2014) recommendation in their therapy course, highly conscientious trainees may have more carefully and less frequently used confrontational techniques (e.g., insight techniques such as the one noted).

Our second hypothesis was that trainees with high levels of openness would use more insight techniques. However, our results showed no associations between openness and any of the insight techniques utilized. This null association could be due to technique usage being measured after only three sessions as well as Hill’s (2014) suggestion that trainees use insight skills carefully and infrequently, especially if a positive therapeutic alliance is not solidified.

While no relationships were found between openness and insight techniques, we found associations between insight technique helpfulness ratings and other personality traits. Specifically, as trainees’ self-reported neuroticism increased, they perceived their attempts to help clients gain new perspectives on their problems as less helpful. This finding could indicate that trainees with high levels of neuroticism are more self-critical. This would fit with research that shows a positive correlation between neuroticism and self-criticism (Bagby & Rector, 1998; Thompson & Zuroff, 2004).  This association also may be related to trainees finding insight techniques more intimidating and challenging to implement.  Indeed, trainees are often reluctant to use insight techniques out of fear of damaging the therapeutic relationship (Hill, 2014). These concerns may lead trainees with higher neuroticism to perceive their use of this more difficult technique as less helpful.

Finally, helping clients to gain new perspectives on their problems was related to extroversion. Specifically, highly extroverted trainees rated this technique as more helpful than did their less-extroverted counterparts. This fits with research showing that high extroversion predicts higher levels of self-esteem (Niazi & Mehmood, 2017) and lower levels of comparative self-criticism (Thompson & Zuroff, 2004).  Thus, extroverted individuals may perceive their offering new perspectives as more helpful due to these characteristics.

The findings from this study suggest that at the earliest stages of training, beginning therapists higher in conscientiousness may use less confrontational techniques.  This aligns with Hill’s (2014) suggestion that insight skills be used carefully due to the potential for damaging the therapeutic relationship. Moreover, beginning trainees higher in neuroticism and lower in extroversion may view their use of insight techniques as less helpful. This finding is consistent with trainees high in neuroticism being more self-critical (e.g., Thompson & Zuroff, 2004) as well as the difficulty of using insight techniques (Hill, 2014). These results highlight the need for trainees to develop an awareness of how their own personalities may impact the way they practice.

Future research should examine the association between therapist personality and technique usage, both in trainee and professional samples. Using performance-based personality measures should also be explored. Lastly, studies should examine the level of agreement between trainees, clients, and supervisors on perceived helpfulness and technique ratings to gain a broader understanding of techniques’ helpfulness and trainees’ conceptualization of the technique used. 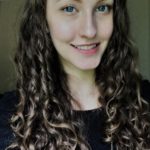 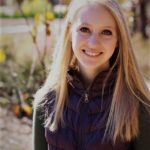 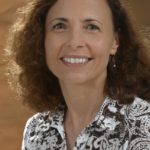