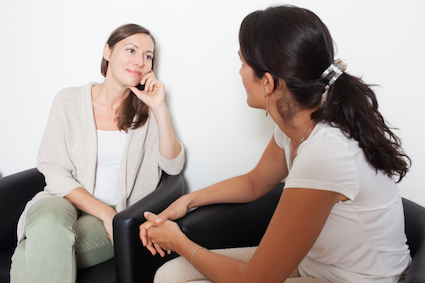 A Look at the Therapeutic Alliance Through a Social Psychological Lens

The therapeutic alliance had been found to be one of the most robust predictors of treatment retention and therapeutic outcome (Horvath, Del Re, Flückiger, & Symonds, 2011). In his seminal transtheoretical formulation, Bordin (1979) emphasized purposeful collaboration and the affective bond between patient and therapist as essential. This laid the foundation for its consideration as an integrative variable (Wolfe & Goldfried, 1988) and as a change mechanism (Safran & Muran, 2000).

Despite the longstanding and widespread interest in the alliance, there are still many who call for a return to theorizing the construct. Questions abound regarding the overlap between the alliance construct and the overall therapeutic relationship, how alliance and therapeutic technique are related, and whether the alliance measures currently employed by psychotherapy researchers are valid (Hatcher & Barends, 2006; Horvath, 2006).

A novel perspective on this complex relationship may serve to illuminate some of these gaps in current understanding. Since its inception, social psychology has devoted itself to understanding interpersonal relationships. Perhaps we may discern a clearer picture of the complex construct of the therapeutic alliance by applying social psychological theories of interpersonal interaction. In doing so, we may begin to understand why it works, how it works, and why sometimes, it might not be enough.

Interdependence theory (Kelley & Thibaut, 1959) began as a theoretical conceptualization of social interaction. The theory aims to explain how the costs and rewards of an interpersonal relationship interact with the expectations of that relationship in order to explain the ways in which people can affect each other over the course of an interaction.

To do so, interdependence theory takes into account the method in which goals are structured and how this in turn effects the outcome of interpersonal interactions. The theory posits that, in order to be able to predict what will occur in a dyadic interaction, two features must be considered: the situation being confronted and each individual’s needs, thoughts, and motives with respect to the current interaction (Van Lange & Rusbult, 2012).

Whether each individual in a dyad is satisfied by an interaction, then, depends on whether the interaction gratified the needs of the individual, such as the need for security or exploration (Baumeister & Leary, 1995). In the shift from self-interest to the goals and wellbeing of the partner, interdependence theory explains how an interaction is shaped in the broader context of goals and partner welfare (Rusbult, Drigotas, & Verette, 1994).

The investment model of commitment processes

Rooted in interdependence theory, the investment model of commitment processes seeks to understand how and why some relationships endure while others crumble. This theory developed out of research that revealed that commitment was actually more positively correlated with relationship endurance than relationship satisfaction, as was originally implied by interdependence theory (Rusbult, Agnew, & Arriaga, 2012). Within the framework of the investment model, Rusbult and Buunk (1993) suggest that commitment to another increases as a consequence of satisfaction, in addition to available outside resources being perceived as less satisfying than those available in the relationship.

Based on our understanding of the investment model, it would seem that, if the therapist is able to foster in the patient a satisfaction with and investment in treatment—in addition to a feeling that the existing alternatives, such as discontinuing treatment or seeing another therapist, are less desirable than sticking with the current treatment—the patient’s commitment to the therapy will increase. In turn, there will be a reduction in the risk of premature attrition, and a working alliance with a foundation in a strong bond will be cultivated, thus maximizing the impact of treatment.

An offshoot of interdependence theory, the Michelangelo phenomenon describes the mechanisms behind how close interpersonal partners can act to promote or inhibit an individuals’ movements toward their ideal selves (Rusbult, Finkel, & Kumashiro, 2009). The Michelangelo phenomenon model proposes that people adapt to one another through the process of interaction, and change their behaviors to coordinate with another, while responding to the other’s needs and expectations (Rusbult, Finkel, & Kumashiro, 2009). The adaptation of one’s behavior to another seems to be the most powerful and enduring when it occurs in the context of a highly interdependent relationship, as the mutual dependence between interdependent parties provides the opportunity for a stronger influence on behavior (Rusbult, Finkel, & Kumashiro, 2009).

Partner affirmation, or the classification of the other as ally, neutral, or enemy, has two components: partner perceptual affirmation and partner behavioral affirmation. Partner perceptual affirmation describes how partners perceive the other with regard to how compatible they are to their ideal selves. Partner behavioral affirmation refers to the extent to which individuals behave in ways that evoke behaviors from the other congruent with their own ideal (Rusbult et al., 2009). Individuals are most likely to move toward their ideal selves when their partners exhibit both goal-affirming perception and behavior, in addition to confidence in the individual’s capacity and behaviors that evoke features of the ideal self. Subsequent movement toward the ideal self results in both increased personal and interpersonal wellbeing.

Thus, the Michelangelo phenomenon acts to “bridge the gap between intrapersonal psychology and interpersonal psychology” (Rusbult et al., 2005, p. 375). According to Rusbult, Kumashiro, Kubacka, and Finkel’s (2009) findings, the similarity between partners on the ideal self also plays a large role in the individual’s own movement toward the ideal self. When each partner possesses components of the other’s ideal self, each serves to affirm the other’s movement by evoking major aspects of the other’s ideal. As each individual moves closer to the ideal self in the context of the relationship, the overall wellbeing of the couple is augmented (Rusbult et al., 2009).

When patients present to psychotherapy, it is often because they feel far from their ideal selves. Based on our understanding of goal achievement in an interpersonal context provided by the Michelangelo phenomenon model, the therapeutic alliance and its propensity to result in patient change may be functioning in much the same way. Where a strong therapeutic alliance has developed, members of the therapeutic dyad, while incongruous in many ways, tend to be similar in their individual perceptions of patient ideals.

Further, patients would perceive therapists to be allies in their healing and thus compatible to their ideal selves. In turn, the therapist would behave in ways to promote the patient’s movement toward the ideal self by taking a supportive and therapeutic stance in the interaction. Based on these ideas, an open discussion regarding patient goals for psychotherapy is an important component of building a strong therapeutic relationship, and addressing the expectations patients may have when they initiate psychotherapeutic treatment can be beneficial to having a successful working relationship.

Interdependence theory and its numerous derivatives have provided a deeper understanding of interpersonal interaction, interpersonal commitment, and change processes. Perhaps the underlying mechanism of change provided by a strong therapeutic alliance in part resides in whether the outcomes of the interaction are equally satisfying for both patient and therapist, how both the therapist and patient serve to influence each other, and how both patient and therapist independently perceive their relationship and the available alternatives.

The social psychological theories of interpersonal interaction have provided psychologists with a better understanding of the mechanisms at play in close friendships, intimate relationships, and familial relationships. This perspective of interpersonal interaction could shed light on one of the most promising concepts in the psychotherapy literature: the therapeutic alliance. Clinical psychologists accept that the therapeutic alliance is important in the successful treatment of a patient.

However, gaps continue to exist in our understanding of how the therapeutic alliance works to facilitate change in patients and what the most efficient ways to build an alliance are. The application of the interpersonal interaction theories of social psychology may serve to fill in these gaps in our understanding and ultimately allow us to treat clients both more effectively and efficiently.

The Therapy Relationship in Multicultural Psychotherapy 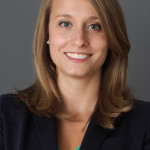